Bigger on the Inside

Looking beyond the low-res copies 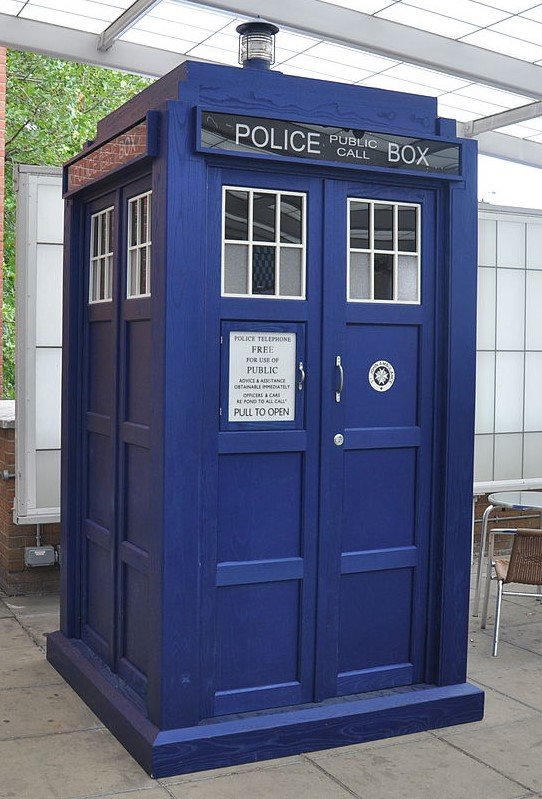 Whether watching your nanny pull an umbrella from her carpet bag or traveling in time and relative dimension in space (TARDIS) accompanying an alien with two hearts, the concept of something being bigger on the inside is both amazing and well known.

Certainly, it didn’t start with Mary Poppins or Dr. Who and it creeps up on you in some of our most popular culture. There is Snoopy’s doghouse in the Peanuts comic strip, which contains a swimming pool, recreation room, a closet with a faulty latch and many other spaces and things. In the Harry Potter books Hermione’s handbag contains not only money and books but also clothes, Harry’s Cloak of Invisibility, healing supplies, camping equipment and, eventually, a full-size painted portrait.

There are those who argue that mathematician and writer Charles Howard Hinton (1853-1907) started the idea in his short stories and essays laying out scientific framework for dimensionality in literature and coined the word tesseract.

Then there are items that might be described as bigger on the inside which are perhaps more like doorways to somewhere else, like that wardrobe (“The Lion, the Witch and the Wardrobe” by C.S. Lewis) and the rabbit hole Alice begins her adventure with (“Alice’s Adventures in Wonderland” by Lewis Carroll).

But we can also go much further back, more than 3,000 years, to a time when the king of the Greek gods Zeus, was a baby. He was hidden from his father, Kronos, who would consume all his children. Zeus was kept in a cave with a goat, Amalthea, who fed him. The infant Zeus accidentally broke off one of her horns, which then poured forth a never-ending supply of nourishment.

But what does it mean, “bigger on the inside?” This physical concept serves as a powerful jumping off point into metaphor and science. As with the TARDIS and the wardrobe, the concept implies the world and the universe is much more than what we see with our eyes, it perhaps includes infinite possibilities, dimensions, ideas. Maybe somewhere things are different, better, more interesting. There is perhaps an escape from the mundane, a way to run away, a place to find truth.

Amanda Palmer’s song “Bigger on the Inside,” places truth in a different place. As she writes about the pain of being judged and the hurt that words can cause. Bigger on the inside becomes an internal thing.

“You'd think I'd shot their children; from the way that they are talking,” the song starts. And she goes on to describe how the critics’ words stress her, “I’ve been drunk and skipping dinner; eating skin from off my fingers.” She admits her brother would have been proud of her if she could shake off the insults.

“I am bigger on the inside
But you have to come inside to see me
Otherwise you're only hating
Other people's low-res copies.”

We all are bigger on the inside. We are vast and complex; nobody can feel or see what the individual self is. Each of us is the center of the world. I love the simile of “other people’s low-res copies” because it describes how the further you are from directly knowing someone, the further you are from understanding them. Unfortunately, that distance seems to make it easer to pass judgement those people we are not in direct contact with.

Amanda’s song moves forward in her rambling, twisting way as she talks about a friend lying in bed, dying of cancer and then a boy who was raped by his father and doesn’t know how to keep fighting. Suddenly its about death and suicide. Why should she feel so bad about a few critics when others are clearly feeling so much worse?

Recently I was feeling depressed and whiney about some things that were going on with my teeth. I had surgery and was feeling frustrated and in pain. But, I thought, people have been going through this very same thing for hundreds of years, who am I to complain? What right do I have to be depressed about this thing? What this next-to-nothing pointless sadness that is overcoming me? Others have it so much worse.

But my doctor negated that, letting me know it is okay to feel whatever I may be feeling. If you are having a difficult time with anything, small or large, your emotions are still valid. In fact, I have found it is not uncommon to feel guilty for being depressed in the first place. This creates a vicious and dangerous cycle, withdrawal, and more internal anguish.

If we don’t allow ourselves to experience our pain, it can show up over and over. If we carry our unexpressed grief with us, it comes back and gets compounded with every new grief and loss. It oozes out in our anxiety and stress; it shows up in our backaches and stomachaches, it appears in our drinking and our eating habits.

At the end of her song, Amanda’s friend with cancer tells her:

Elva K. Österreich is editor of Desert Exposure and would love to meet Desert Exposure readers in Silver City or any of our coverage areas. Please contact her at editor@desertexposure.com or by cell phone at 575-443-4408 to set a place and time to meet.