STEPPING BACK IN TIME

The Spread of a Disease

The Spanish Influenza Epidemic of 1918-19 moves to Grant County 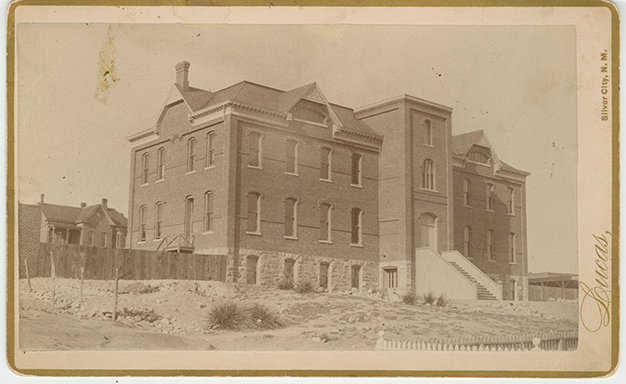 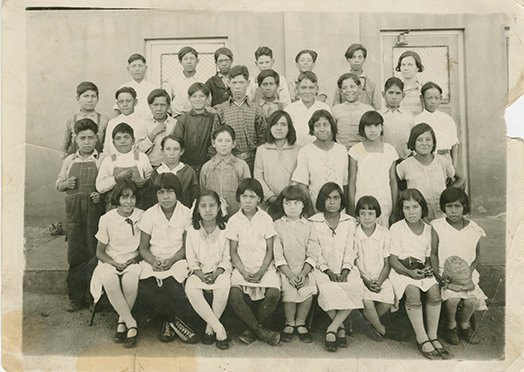 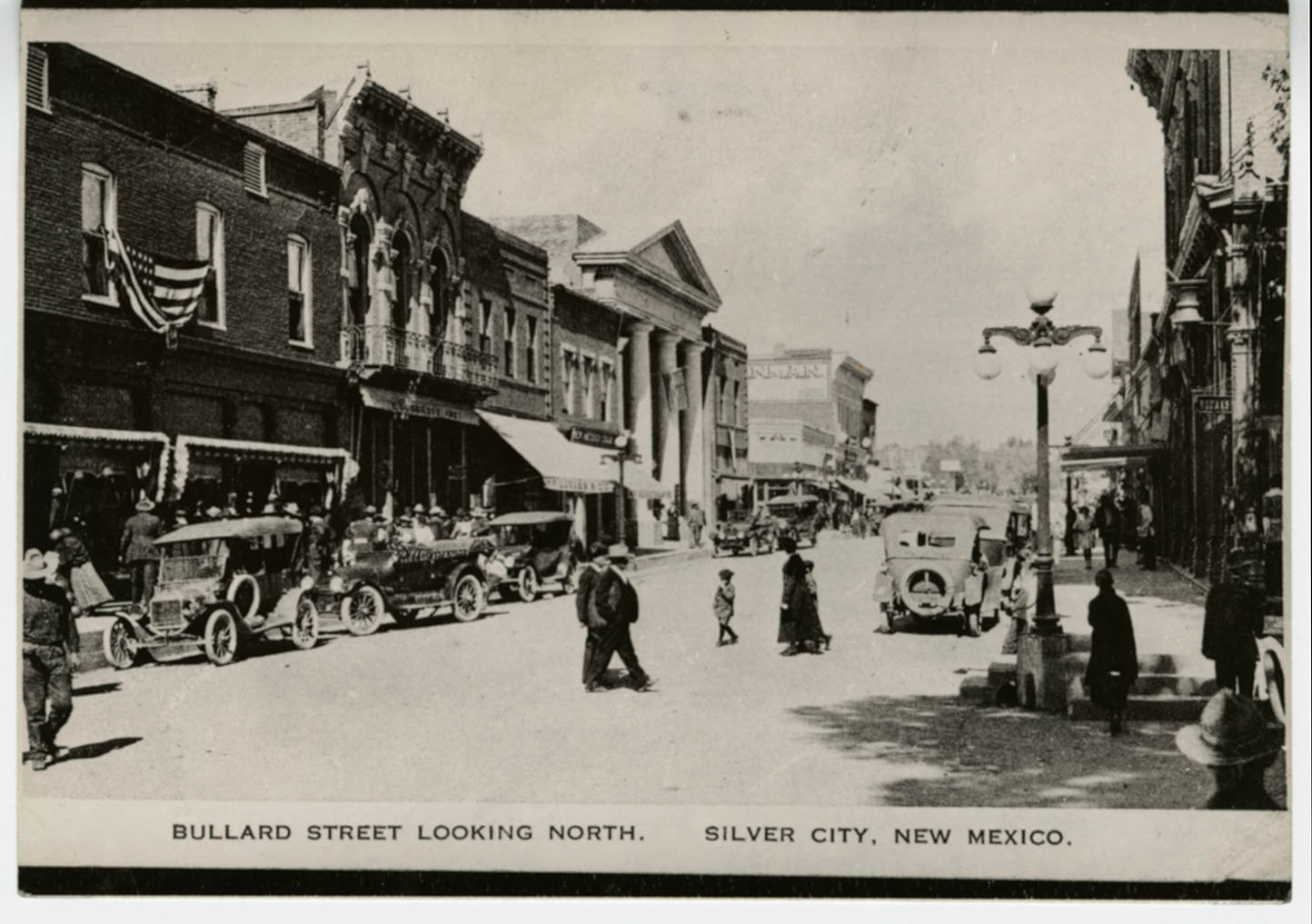 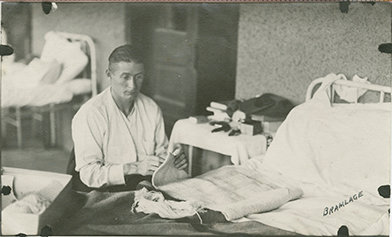 This is Part One of a two-part series. Watch the April edition for Part Two.

In 1918 Silver City, not yet 50 years old, was growing from a small frontier town into an aspiring, up-to-date bigger town. That fall, local citizens were preoccupied with three overriding issues: the “Great War” in Europe, how our local boys were faring over there, and the crucial midterm elections that November.

Under wartime pressures, most of the local mines were booming. The Ladies Hospital was just finishing its move from a house on Hudson Street (rather too close to the red-light district) to much larger quarters at the corner of Kelly and Cooper streets. The new building was formerly a convent run by the Sisters of St. Joseph. Renovations were now being rushed to completion in case the Spanish flu reached Silver City.

This pandemic crept into the Southwest slowly and later than in most of the country. The Spanish flu was not really Spanish. (In fact it had hardly anything to do with Spain.) Nobody knows for sure where it started, and all of its statistics are just rough guesses. Worldwide it killed around 50 million people; in this country, perhaps 500,000 to 850,000 people. If that proportion of the U.S. population in 1918 were killed today, that would mean from 1.6 million to 2.7 million deaths.

Assuming our new vaccinations work, we should not even approach those totals in 2021. Given the advantages of a century of medical progress since 1918, COVID-19 has been much less lethal — at least so far.

The invasions by the Spanish flu coincided with the final year of World War I, a time of massive troop movements within warring nations and across the oceans. These movements, typically in crowded, unsanitary conditions, spread the flu around the world.

The virus was especially lethal for young people between the ages of 20 and 40. It seemed upside down – the strongest and healthiest among us were most likely to die. In this country, the flu first appeared in military camps. Still many years before antibiotics and antiviral drugs, the medical practices of 1918 could do little to stop it.

After a relatively mild flareup during the first half of 1918, a much deadlier second wave began in September. It started in eastern seaboard cities – Boston, New York, Philadelphia – where troop ships were arriving from and departing to Europe. During this second wave, the victims often died of bacterial pneumonia after being weakened by the flu. This further complicated the already imprecise statistics of the pandemic. Many deaths were blamed only on their final stage, pneumonia, when they were actually caused by the influenza.

William C. Gorgas, the heroic physician who had saved the Panama Canal from yellow fever, was surgeon general of the army in 1918. That fall, with the Spanish flu launching its second wave, he issued rules for civilians that will look familiar to us now: Avoid crowds; smother coughs; breathe through the nose; open windows; be clean; wash hands before eating; and so on. (But nothing, as yet, about masks.)

The pandemic reached the Southwest in October 1918. On Oct. 3, El Paso reported 250 cases, mostly in Fort Bliss, nearby. Three weeks later the city saw nearly 5,000 cases and at least 400 deaths. Mortality was especially high among the Mexicans on the south side of town.

On Oct. 5, Albuquerque counted eight cases and two deaths. Two weeks later, those numbers had climbed to 489 cases and 69 deaths.

Silver City, protected by its relative isolation and alerted by these encroaching dangers, took steps even before the flu reached Grant County. On Oct. 1, the New Mexico Normal School – the ancestor of Western New Mexico University – closed for the duration and sent its students home. The flu arrived in Grant County through local mining camps, in the mining towns of Santa Rita and Tyrone, and at Fort Bayard.

On Oct. 10, still with no cases in Silver City, Mayor Percy Wilson and C. S. Guthrey, the county physician, closed the public schools and banned “gatherings at places of amusement” such as bars, restaurants, theaters and dance halls. After nine flu deaths at Fort Bayard in the first two weeks of the month, the hospital there imposed a partial quarantine, holding meetings outside, restricting visitors, and granting fewer passes to Silver City. This early, disciplined response probably limited the initial impact of the virus there.

“Silver City has so far practically escaped the influenza epidemic,” a local newspaper declared at the end of October, “thanks to the timely precautions which have been taken.”

But now we encounter a gaping blank spot in the historical record. The two weekly newspapers in Silver City, the Enterprise and the Independent, were edited by and for Anglos. They seldom extended much coverage, except for crime stories, of local Hispanics. Births and deaths in that community generally went unreported. Hispanic residents in town were clustered on Chihuahua Hill, south of Broadway. It is reasonable to infer that they, like the Mexicans on the south side of El Paso, suffered inordinately from the flu.

In recent years the Anglo neighborhoods of Silver City had gained electricity service and indoor plumbing. Those modern amenities, with their sanitary and health advantages, had not yet reached Chihuahua Hill. In that neighborhood, large families in small houses were more vulnerable to spreading the epidemic. Many could not afford doctors or hospitals, and in any case, they perhaps did not trust Anglo medical personnel to treat them fairly.

The flu arrives from Mogollon

Grant County’s first serious brush with the flu came after an outbreak among miners in the gold-and-silver mining camp of Mogollon, 70 miles to the northwest, then in Socorro County.

It was a wide-open place with a history of disastrous floods and fires. Regular shipments of gold and silver went to Silver City, 14 hours away by horse-drawn stage and eight hours by automobile. Almost overnight, the camp clocked 200 cases and 20 deaths. Mining operations shut down. The two physicians in Mogollon were overwhelmed. They sent a desperate appeal to Silver City, the nearest town of any size, the nearest with railroad service.

Annette Kinyon, a local clubwoman and perhaps the most prominent woman suffragist in Silver City, was the chairman of the Grant County Red Cross. Kinyon and her associates quickly mobilized local women. Seven schoolteachers and nurses from the White Cross Hospital and the Cottage Sanatorium left at once for Mogollon. Eleven more women came from Tyrone and six from Santa Rita. Other women set to work sewing masks and pneumonia jackets.

Mogollon then consisted essentially of three ethnic groups: Mexicans, recent Italian immigrants and Anglos. The camp had two small churches, Presbyterian for the Anglos and Catholic for everybody else. At the opposite extreme of respectability, Mogollon also had two prospering brothels – one for Mexicans at the east end of town and “Little Italy,” as it was called, at the west end, where 18 women were fully employed.

During these years, as an ambiguous aspect of its edging into 20th-century progress, Silver City’s class and ethnic lines were being drawn more strictly. Santa Rita and Hurley, built and run by outsiders in the Chino Mining company, were the first two fully segregated towns in Grant County. Their practices then spread elsewhere through the county.

In 1915, for example, Silver City opened its first segregated public school, the ironically named Lincoln elementary school on Chihuahua Hill. It is therefore worth noting, in that time of increasing segregation and discrimination against Hispanics, that the merciful women rushing to Mogollon were middle-class Anglos, endangering themselves to care for working-class Hispanics and Italians. Their reckless kindness stands in sharp contrast to the spreading Jaime Crow tendencies of the early 20th century.

The Red Cross’s influenza pamphlet was translated into Spanish. Fort Bayard, Santa Rita and Hurley sent supplies. The flu in Mogollon was soon deemed under control.

“Heroic work was done,” the Independent reported, “and many lives saved.” But many lives were also lost. Estimates of the toll in Mogollon range from 52 to 70. The cemetery ground was frozen solid. Corpses were laid on benches in the old dance hall, awaiting burial.

A retired historian from Boston, Stephen Fox has lived in Silver City since 2008. For their help with the research for this article, he thanks Javier Marrufo of the Silver City Public Library, Ashley Smith of the Silver City Museum, Susan Berry and the Grant County Clerk’s office.