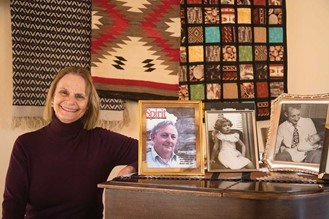 Author Anne Hillerman with photos of her father, Tony Hillerman.
Photos are courtesy of the City of Las Cruces 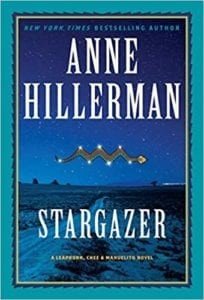 The event is free and open to the public.

Send an email to sagelibrary@las-cruces.org for the Zoom invitation.

“Hillerman has a firm grasp of Navajo tribal lore and customs, which she weaves seamlessly into the well-directed plot” of the book,” the City of Las Cruces said in a news release.

In the book, which was released in April, Manuelito searches for a former roommate who has disappeared. She clashes with Chee, who is not only her husband but also her new boss. Together, they seek the personal and professional guidance of their mentor, Leaphorn.