Pandemic in an Enchanted Land

Quilts tells big-picture story of Covid and its impact 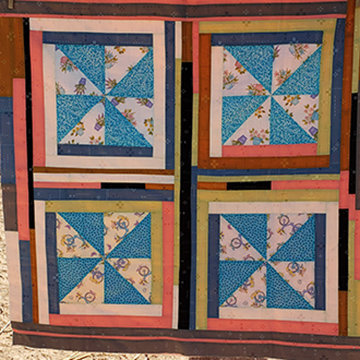 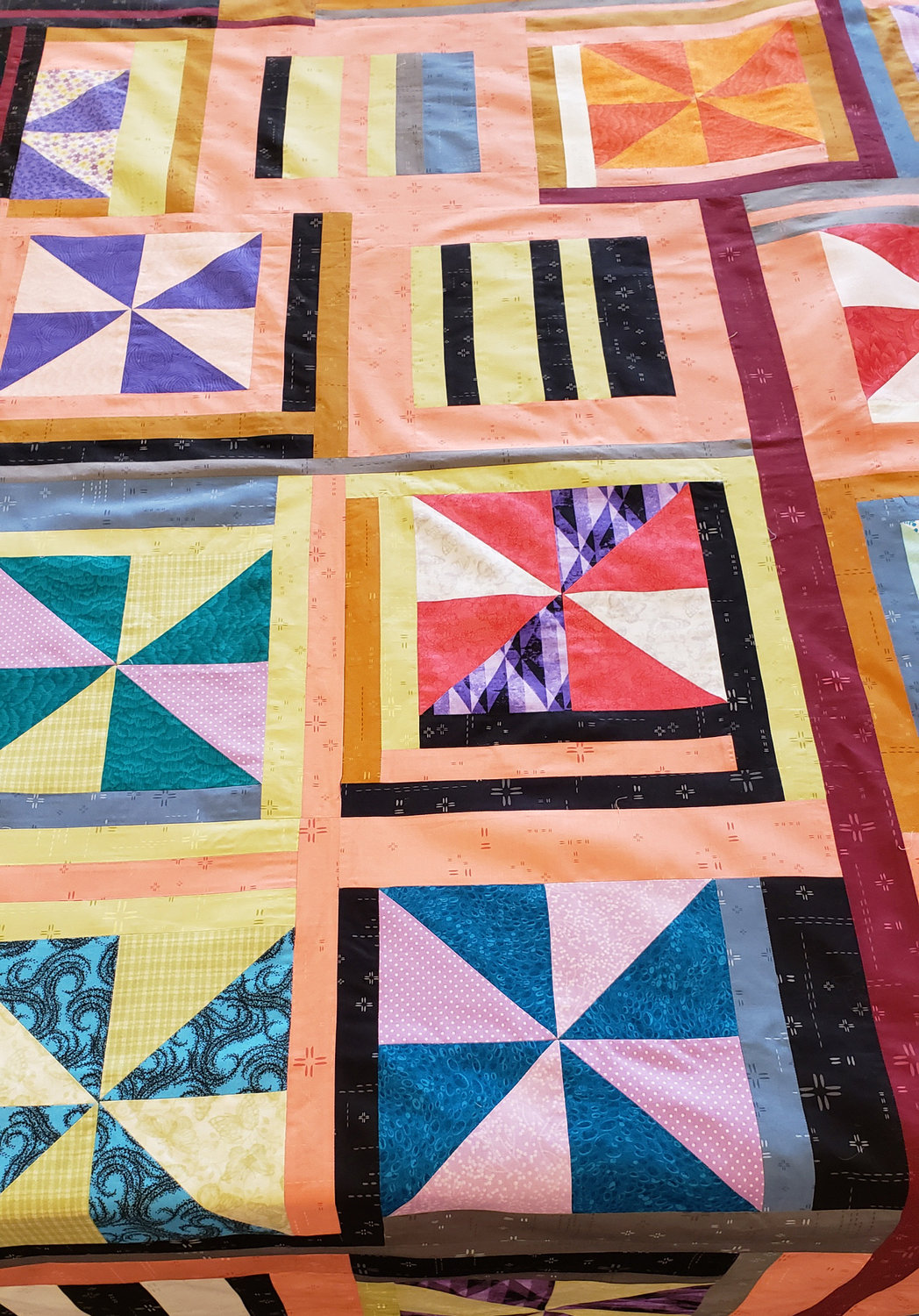 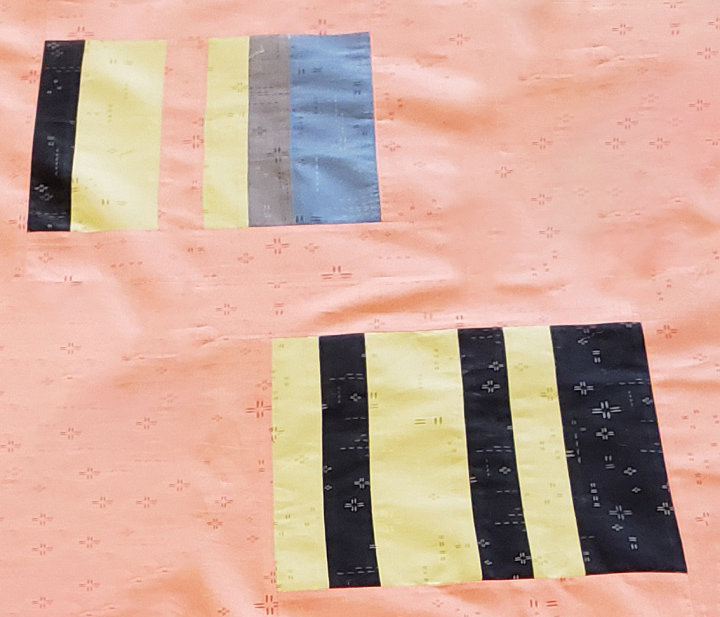 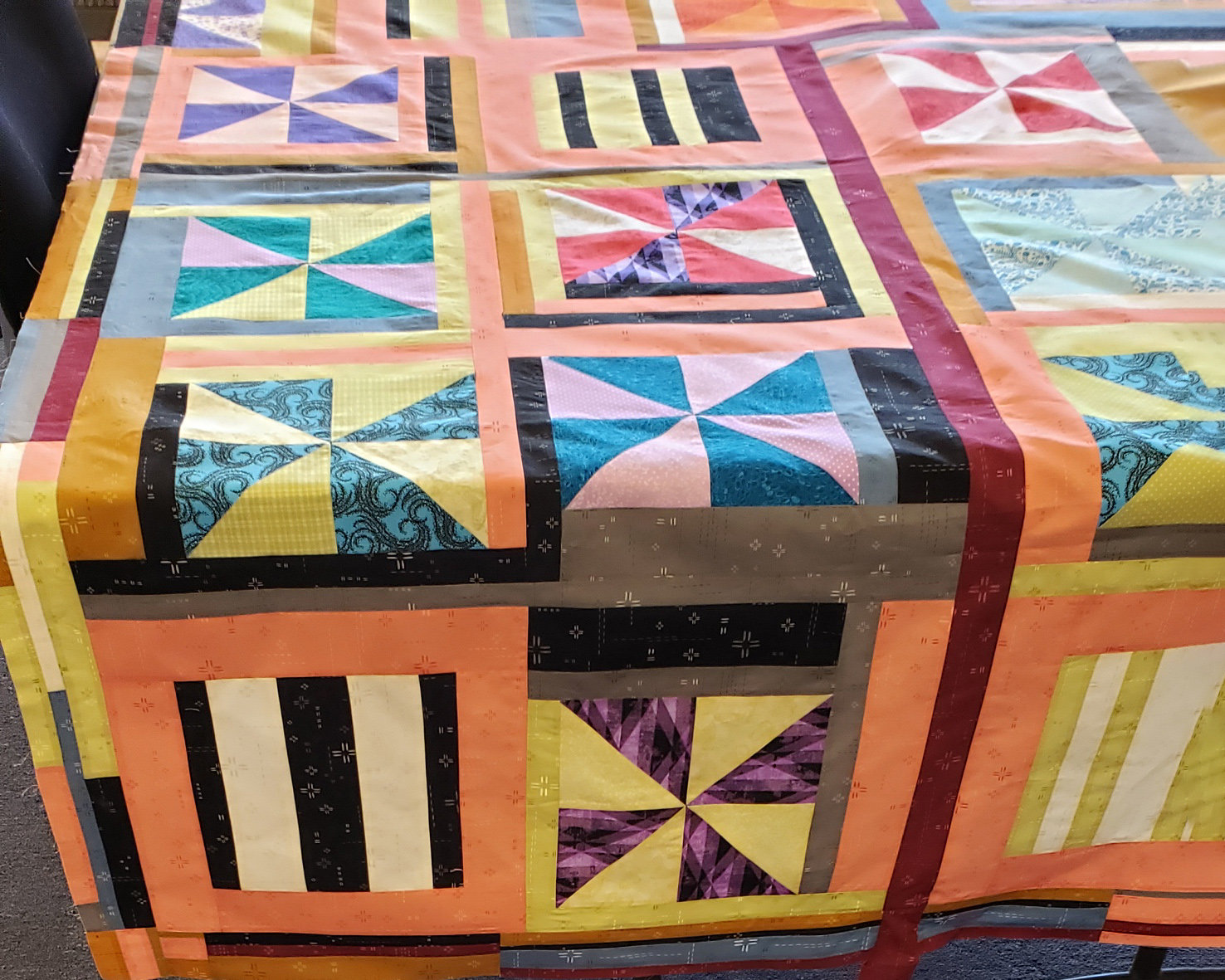 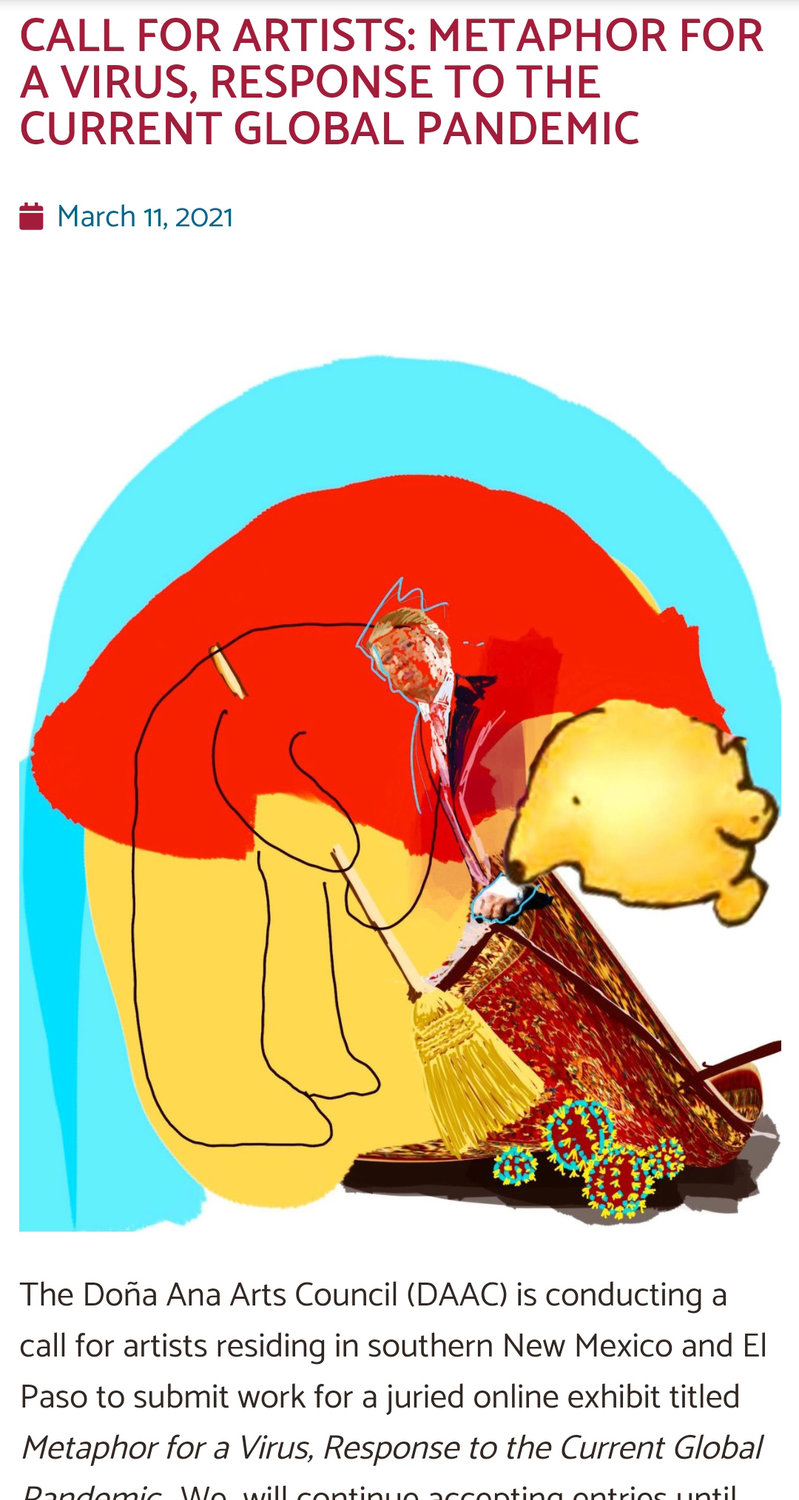 My grandfather, Ignacy Golub, was a great storyteller. He loved to talk about events in context, big events, the war in Eastern Europe, the destruction caused by Stalin, his work helping others escape to safety.

His view was big; and unlike Spielberg who painted his children in pink and yellow to focus his audience on the individual, my grandfather saw way beyond the precise scope of one creature, one person, one family or one town to the interactions of the entire field of his story. My grandfather saw everything, all at once, and that vision was the music that structured his stories.

Raised in large measure by my grandparents and treated to his reflections of the world of Eastern Europe where he had lived and then left “the Old Country,” my vision of story is like his: broad in scope, conjectural, eventful.

In the recent challenge, Say Yes to Kaffe Collective, I made three quilts using Kaffe’s Roman Tiles pattern as a foundation. Flowers of Burano told the story of the flowers along the walkways in this small island in the Venetian lagoon, while Gardens of Saint Erasmus told of the fruits and vegetables growing in the exquisite Italian light. The fiery Fornaci di Murano literally represented the furnaces of the glass blowers with its compelling reds and golds. All were quilted in the soft, sinuous pattern of the lapping waves in the lagoon.

Recently, I learned about the virtual exhibit, Metaphor for a Virus, a program of the Doña Ana Arts Council. It was a chance to see how others were viewing this fantastical event that had spanned the entire globe for many months.

It was also a chance to see what stories my quilts would tell. One quilt, the smaller of the two, Sheltering at Home, was secure in its identity and didn’t waver from beginning to final completion.

The second quilt, Pandemic in an Enchanted Land, was constantly evolving its story. In the beginning, it saw New Mexico communities beleaguered by the virus from outside, from elsewhere. It likened this to the impact of the Spanish invasion on the indigenous peoples over 400 years earlier; the dark red sashing in the approximate shape of the trail speaks to this bloody history.

As the pandemic increased in force, quilters set themselves to making masks for hospitals, for caregivers, for their friends and families. And in the midst of the chaos, our quilt stores stood strong, using technologies that they had never encountered before, to stay afloat in times of closed doors and to provide fabric and supplies for the quilting community.

These quilt shops are represented by blocks of vertical stripes, standing tall, standing strong, beacons of hope, connection and support for our quilters when our Guilds were shuttered and closed, connected only by emailed newsletters.

Two collections of charm squares from my stash, Collage from Boundless and Butterfly Garden from Benartex, seemed to say they wanted to become something just days before I learned of the Metaphor for a Virus project. Then in what can only be called serendipity, a shipment from Art Gallery Fabrics called Decostitch Elements arrived at Threadbare in Las Cruces on a day when I was there to see it and realize that the tiny Zia motifs and the nice selection of colors made it perfect for the project. There was a pale green for the Llano Estacado and the tender grasses of spring, blue for the sky, grey for the mountains and brown and ochre for the land itself.

Multiple strips of color represented the siege of the virus; pinwheels were our communities staying in motion, staying together and at home. But the real “speaking” began with the backing. The original plan was to have one vertical portion of the Zia at the upper left corner and on horizontal portion at the lower right with a Zia using the stylized form from the fabric in the center. But something happened and that center Zia became a full-blown figure, albeit with a slightly rectangular center instead of a round one.

The brown and salmon patches represent the community on the land, as originally planned, but additional elements show the penetration of the virus with our Zia standing strong against it. Unusually, this quilt is quilted on the backing, rather than on the top, with a silver-gray thread, so that the shadow of the Zia, of our New Mexico and its strength in this time of adversity, shows through as a shadow.

This quilt grew to 68 inches square, almost 6 feet, and the quilting isn’t yet finished. When it is, I will submit to the Metaphor for a Virus exhibit. Artists may submit entries through June (Daarts.org/for-artists/). There is a nominal cost of $5 for three images and items can be sold directly from the site. The Doña Ana Arts Council suggests that 20 percent of the purchase price be shared back with the organization. Karen Conley, the Council’s program director, says that there is a possibility that the virtual exhibit may become a live exhibit sometime in the future.