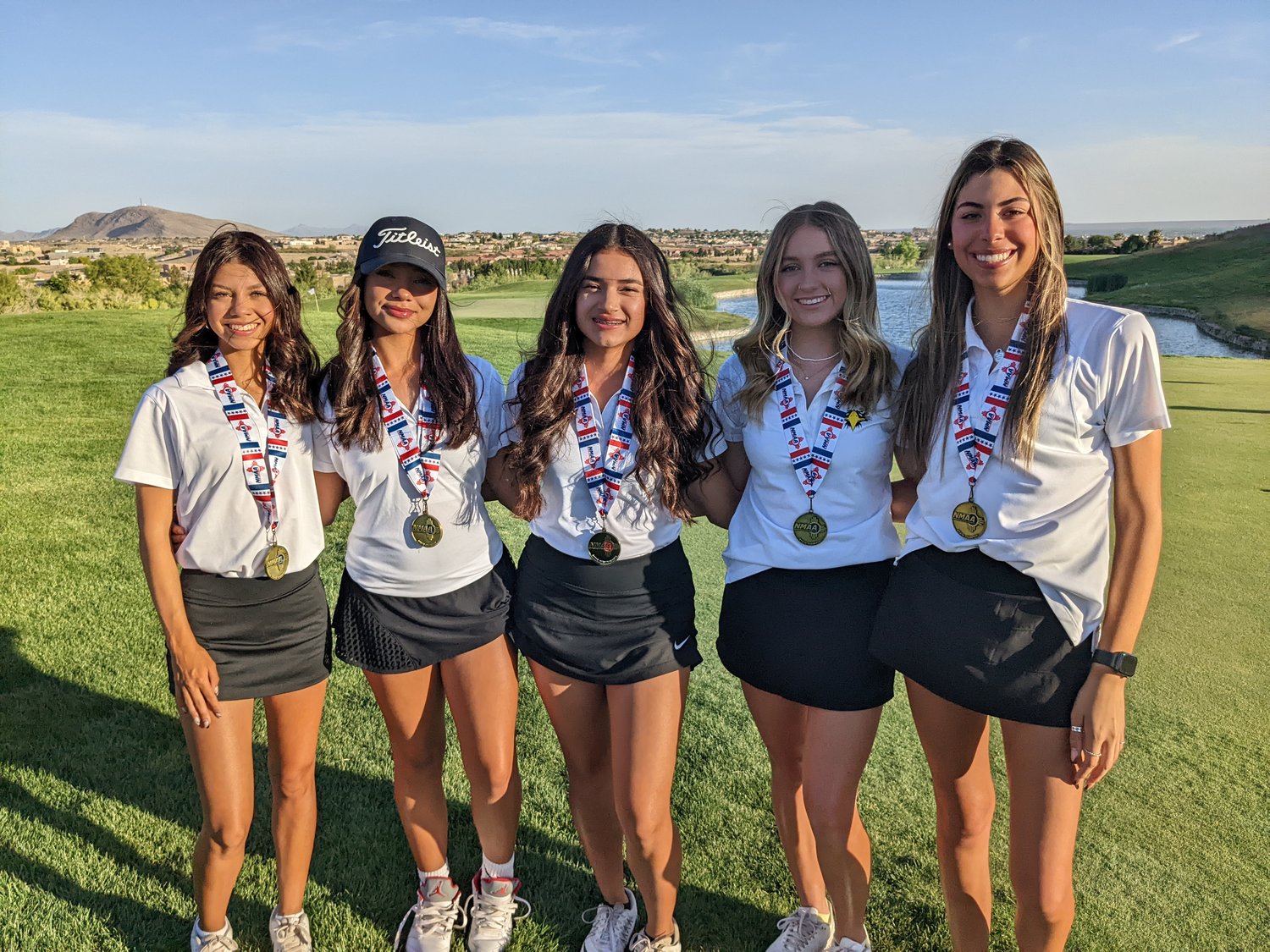 Over the past four years, the Centennial High School girls golf team has gone from fielding its first-ever full team to being state champs.

The Centennial girls team won the school’s first-ever state championship in golf, whether boys or girls, when it finished first in the 5A championship tournament May 9-10 at Twin Warriors Golf Club in Albuquerque.

“It was really gratifying to see their continued development and come back this year and really talk more about team goals than individual goals,” Centennial golf coach Greg Garcia said. “It was neat to hear that and see them put in the work.”

Organ Mountain’s Eleanor Warden, an eighth-grader, won the individual 5A title with a two-day total of 151. She edged out defending champion Alex Armendariz of Centennial, who shot a 154 to finish second.

(We will have a story on Warden coming up in a future issue of the Bulletin).

Besides Armendariz, Centennial got strong showings from: Brooklyn Maes, (fourth, 162); Arianna Rel (28th, 199); Sidda Schultz (32nd, 201); and Paulina Cardenas (39th, 221). Schultz and Cardenas are seniors; the other three are juniors and are set to return next year.

“I can’t wipe the smile off my face,” Garcia said.

Armendariz said it was more gratifying to win state as a team than as an individual.

Maes said that she and Armendariz could actually have done even better with a few breaks.

But winning the state title as a team has been their goal since they started practicing for this season back in August, Maes said.

“I feel like we deserved it; we worked so hard,” Maes said.

Schultz said winning as a team was a great way to finish out her high-school career.

Cardenas moved to Las Cruces this school year from Dallas and found her herself as an important part of the team.

“We worked for it,” Cardenas said. “It was dedication between all five of us. We really wanted it. Our hard work paid off.”