Migrant Shelters on the Border

Taking a look at the human truth 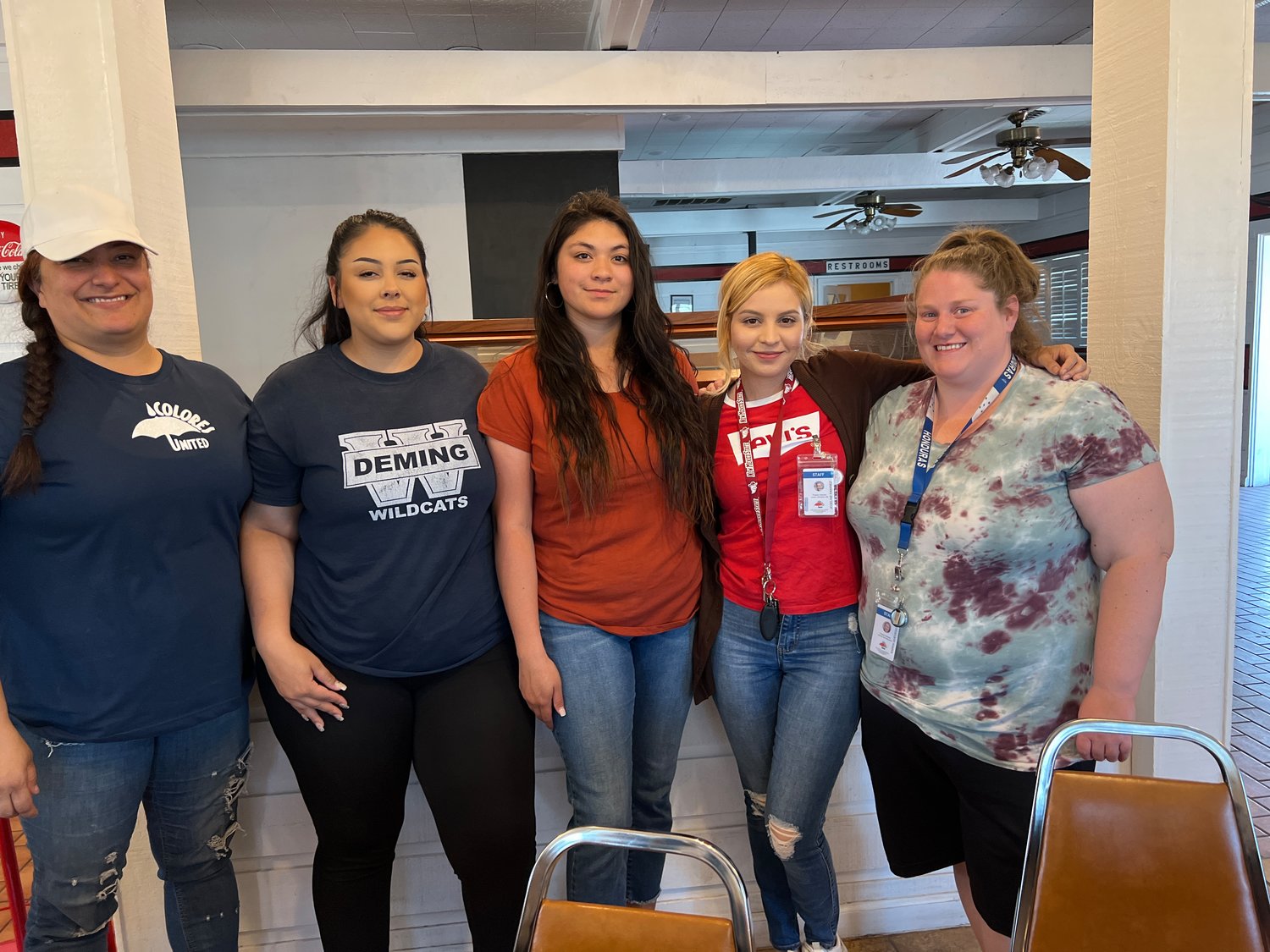 Ariana and her team in Deming
Photo by Morgan Smith 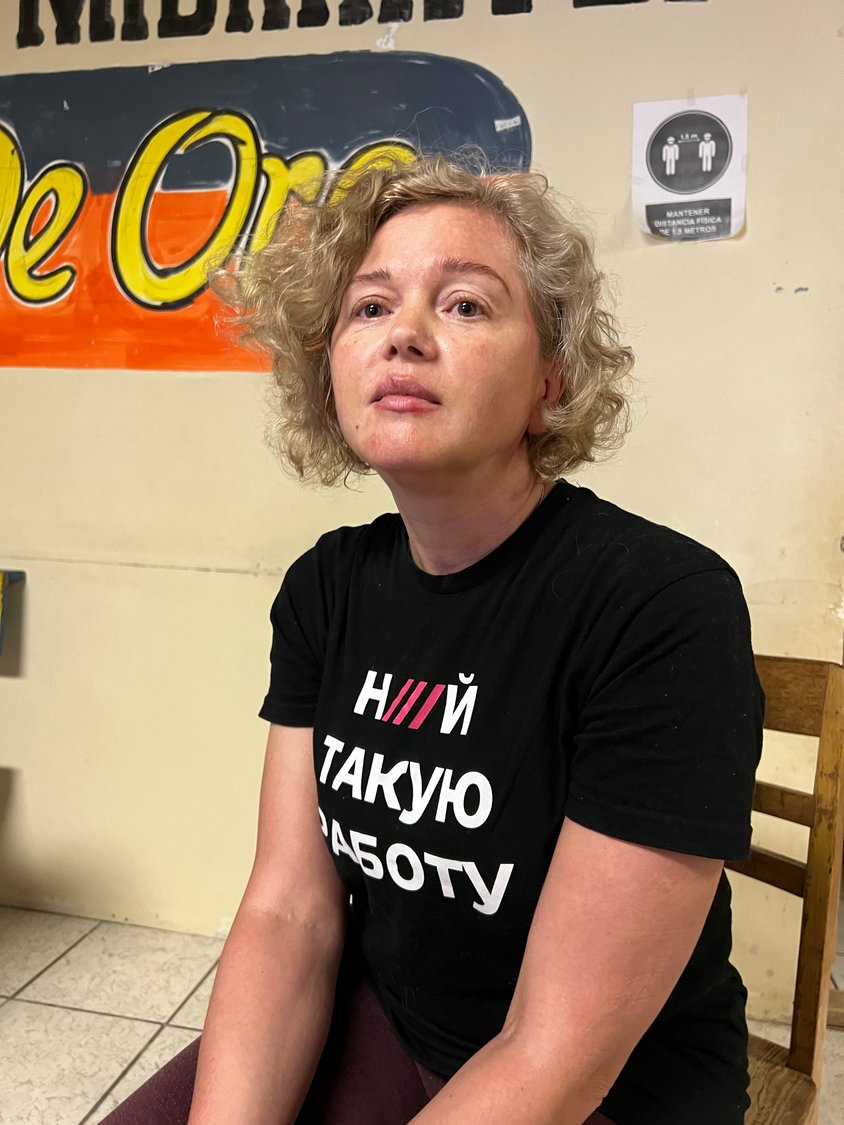 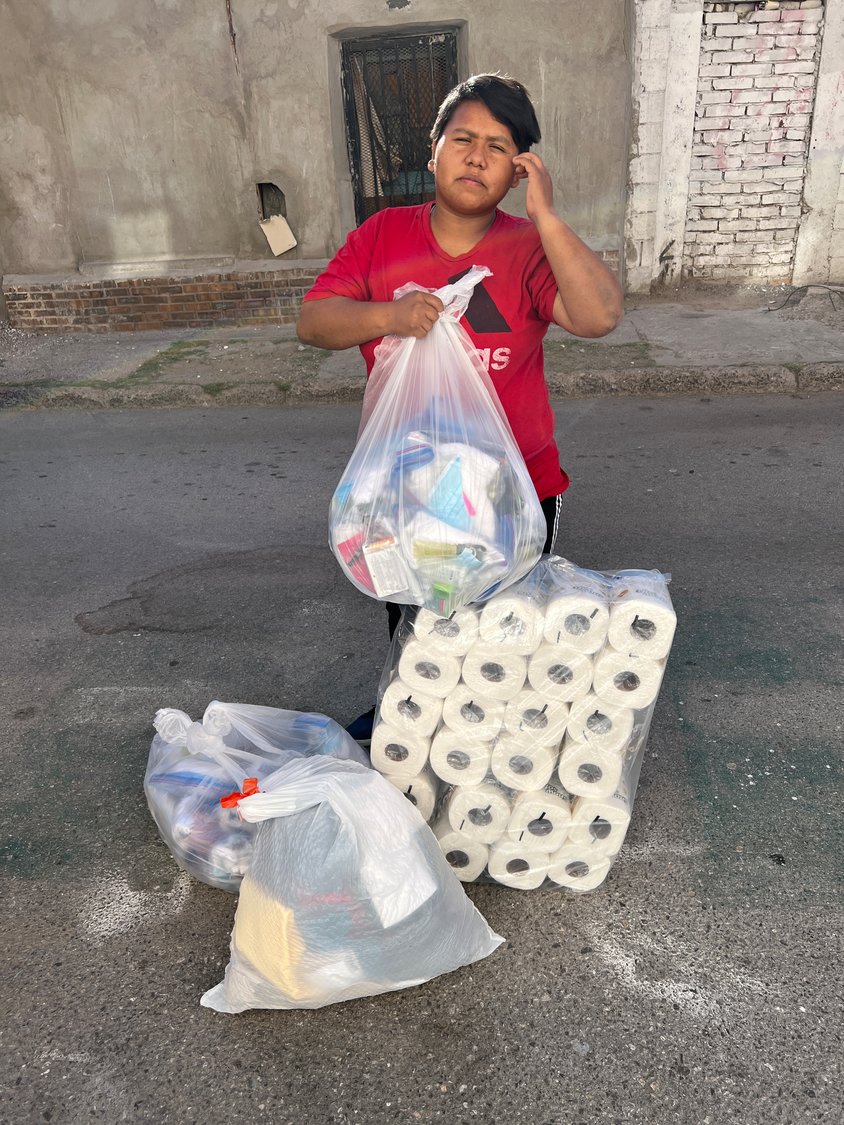 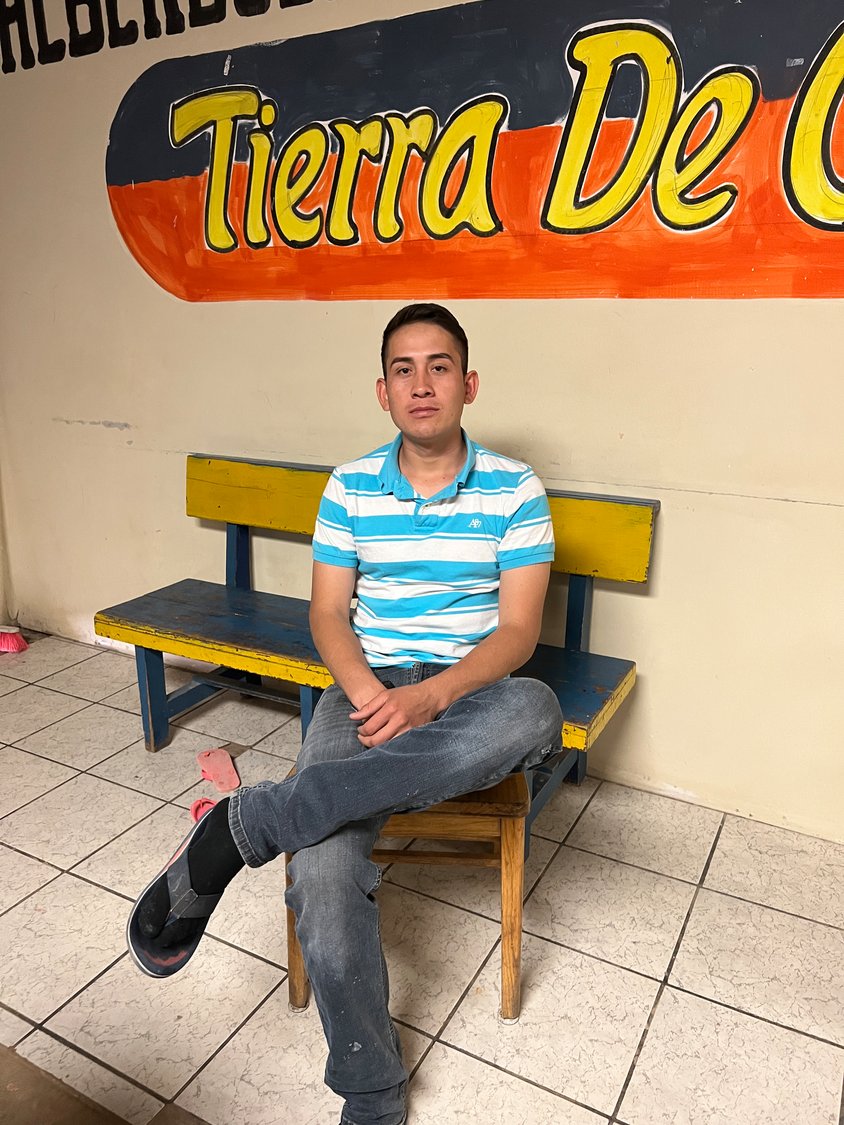 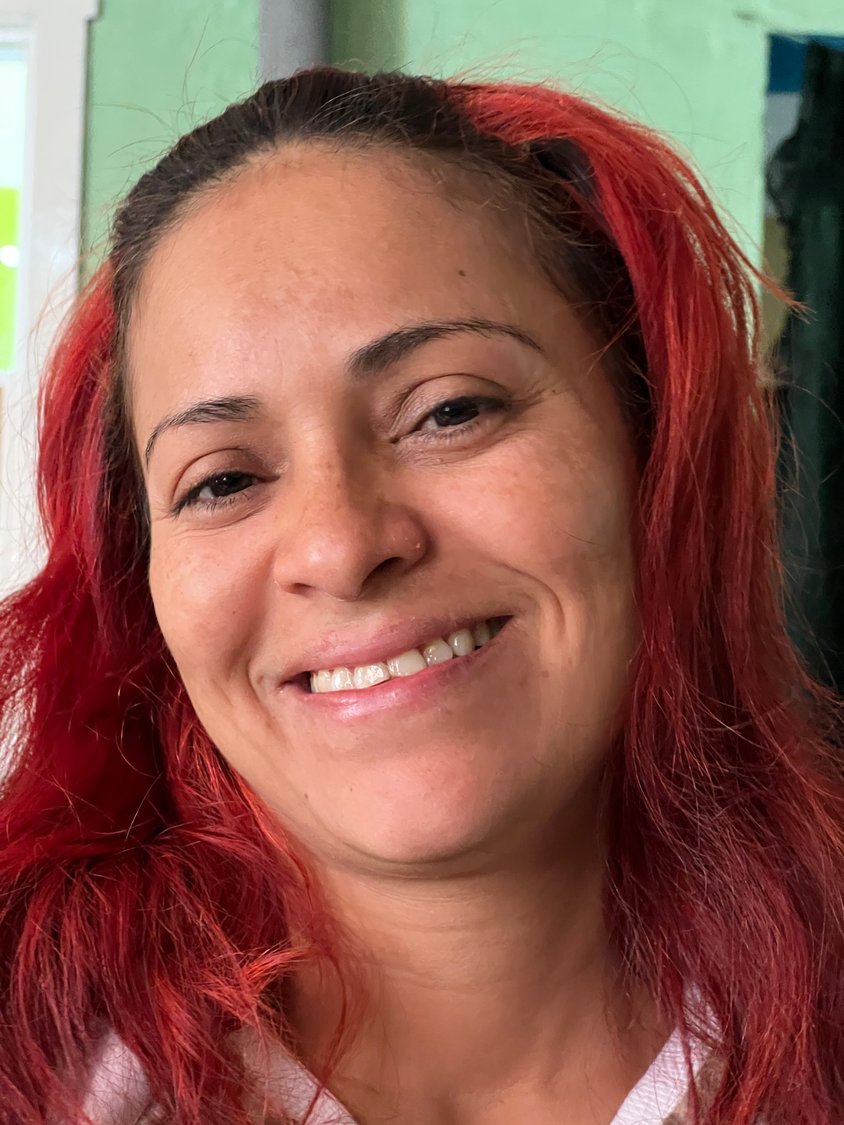 It’s Thursday, April 28, and we’re at a migrant shelter in Deming (pop. 23,000), the first of three shelters we’ll visit today and tomorrow. What happens if Title 42 is lifted or if the Supreme Court allows President Biden to do away with the Remain in Mexico program initiated by President Trump? What will this do to the numbers of migrants coming to our border seeking asylum and what role will these shelters play?

The shelters we will visit on this trip - Deming; La Tierra de Oro in Palomas, Mexico just across the border from Columbus; and Respettrans across the international bridge in Juárez; plus La Casa del Migrante in Juárez; and Annunciation House in El Paso that I have visited before – these five contain part of the answer to this migration issue. They are largely volunteer-run, cost far less per migrant than the private shelters our government contracts with, and offer a level of humanity that doesn’t exist in the government-contracted facilities. In short, they are models for how to treat migrants.

We meet Ariana Saludares, the president and co-founder of Colores United, at a motel in Deming where she and several volunteers are putting together food packets for children. The majority of migrants staying there are women with small children; getting the proper nutrition to these children is critical. These migrants have all passed their “credible fear” test, are in the United States legally, and are awaiting transportation to family members or sponsors in the country.

Ariana is doing what she and other Deming volunteers did before Remain in Mexico went into effect in early 2019 – provide medical screening, housing and food and then organize transportation so that the migrants can travel to their family members or sponsors here. They are experts.

Arana’s goal is a stand-alone Colores United shelter but raising money for that is a challenge, especially given the confused signals from our government officials.

The next stop is the Tierra de Oro shelter in Palomas (pop. 4,700), about 30 miles south of Deming and across the border from tiny Columbus. This is one of several shelters run by Padre Rosalio Sosa, head of the Iglesia Bautista Tierra de Oro in El Paso. Much of the support here comes from volunteers in Deming and Silver City. A key person is Sandra Magallanes who is a high energy genius at sorting out the problems of migrants.

Martín Garcia López, the manager, fled Michoacán with his wife 10 months ago. Cartel members ordered him to join them and when he refused, they put a bag over his head and beat him. “Ayudar o morir,” they told him “Help us or die.”

Why is his case taking so long?

We also met a young Russian woman there. Elena had taken an extended route through Istanbul, Amsterdam and Mexico City and hopes to get to Tucson. She calls Sandra Magallanes an “angel” and says she has never been around a kinder group of people.

The Friday morning visit begins in El Paso at the garage of professor Eva Moya, a faculty member at the University of Texas at El Paso. She is a vital part of a “supply chain” that begins in Placitas at the home of Cheryl and Jack Ferrell, the founders of a non-profit called Dignity Mission. About once a month, the Ferrells and their group of local volunteers take a huge load of food and clothing to El Paso and unload it in Moya’s garage. Moya and her volunteers then ferry these items – carload by carload – across the border to shelters in Juárez, mainly Respettrans and La Casa del Migrante.

Whenever I go, I take a load of items donated by friends here in Santa Fe and later a second load from Moya’s garage.

These loads consist of food, bathroom items like toilet paper, toothbrushes and toothpaste, clothing and shoes, bedding. In short, whatever Grecia Herrera, the director indicates she needs. She’s a nurse and works in a local hospital so the migrants – mostly women with small children – actually run the shelter which can house 200 or more per night.

While we were there we met a woman from El Salvador named Johanna Melendez who left her country last August with her two children, aged 13 and 6. They spent six months in a shelter in Chiapas, Mexico, finally got to Juárez and Respettrans two and a half weeks ago. Because she studied some English in school in El Salvador, she has started a language class for the kids in Respettrans. These kids have to know some English, she says. This is just one example of how the migrants themselves are reaching out to help others.

These shelters are models for decent and humane care and treatment and lower costs operations. However, these three, plus Annunciation House and La Casa del Migrante and the other volunteer or non-profit or church-related shelters, won’t be enough to handle the influx of migrants.

A couple of obvious suggestions. Speed up the process. First, when you have a woman with small children who, like Johanna Melendez has spent roughly 10 months traveling north you have to believe that she meets the “credible fear” test. Therefore, cases like this should be resolved quickly and easily.

Second, why not help these shelters expand? Provide some funding for people like Ariana Saludares at Colores United so that she can build the stand-alone shelter she has been dreaming about.

Third, have these highly dedicated and skilled volunteers function in some advisory or monitoring role in the larger government-sponsored shelters. They know the meaning of decent care.

Fourth, if either or both Title 42 or the Remain in Mexico remain in place, create a Mexico-U.S. taskforce to support the shelters on the Mexican side.

Given the corruption, violence, poverty and now climate change in countries like those in Central America as well as a new influx of migrants from Ukraine, the number of migrants seeking to enter the United States isn’t going to slow down. Therefore, let’s find ways to head off the political rhetoric and focus on making this a more humane process.

Morgan Smith has been writing about border issues for the last decade and can be reached at Morgan-smith@comcast.net

Romantic getaway just a drive away