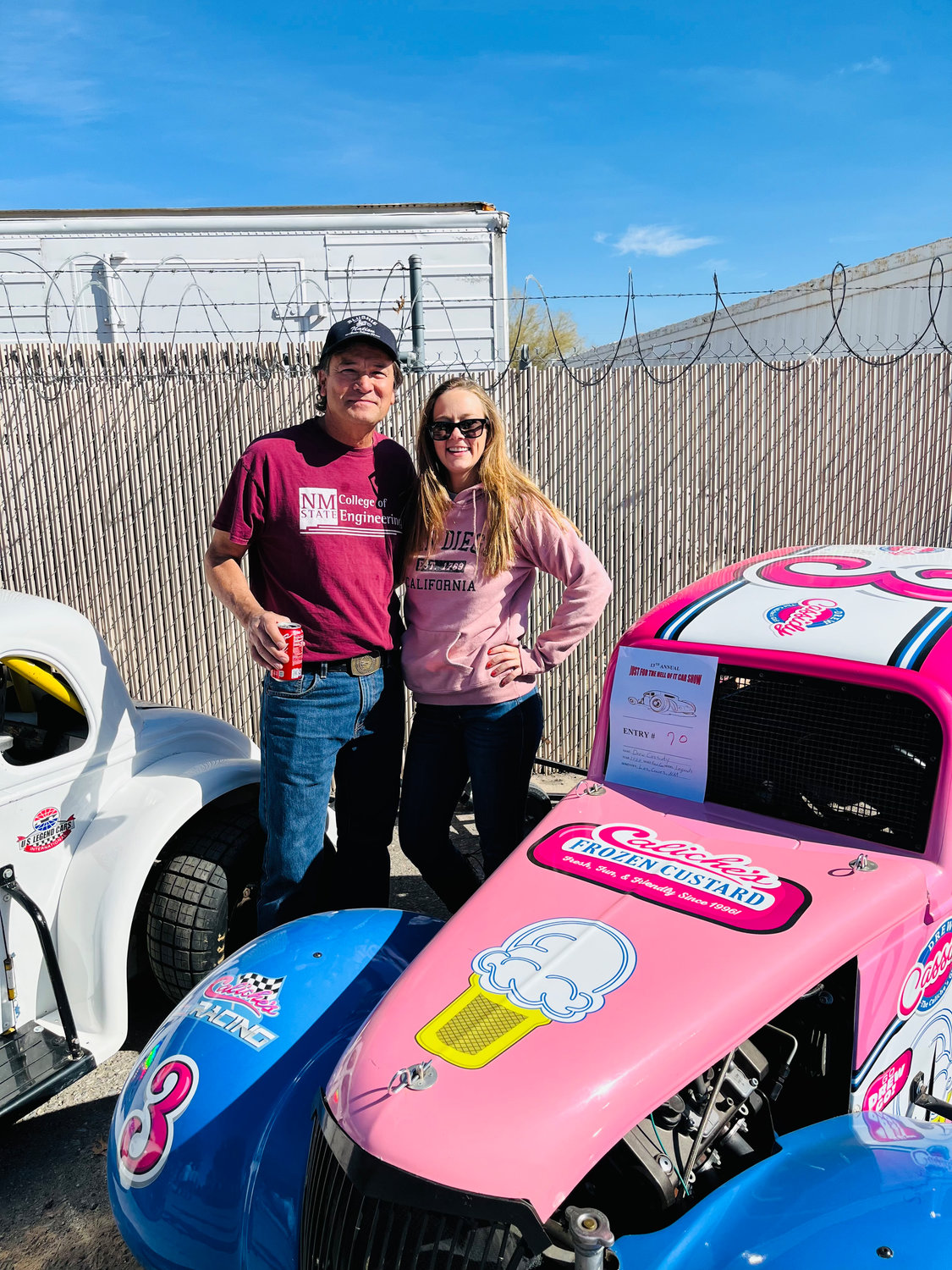 New Mexico State University’s state-of-the-art College of Engineering Aggie Innovation Shop Operations Manager Ken Ruble has been sharing his passion for racing and mechanical engineering with a multitude of students for the past 12 years.

Ruble participated in motocross racing when he graduated from high school, moved on to drag racing and then to circle-track racing. He started with a kit car and then began building chassis of his own design. Several years later, marriage and family took priority. He sold his race cars, bought some tractors and property in Chaparral, New Mexico, where he built a home and a shop.

“Once I quit racing, I could not go back to a racetrack – not even to watch a race.” And he didn’t for another 20 years. “I knew the urge would be too great and I was trying to focus on other things in my life,” Ruble said.

During that time, he worked at Lockheed at White Sands Missile Range, running a fabrication shop to manufacture any special parts that were needed. “I flew the remote-control helicopters on the range. When I say remote-control, these were full-scale helicopters – UH1s and AH1s, mainly used as targets for missile systems.”

After receiving several awards from Lockheed for innovations he made, Ruble’s supervisor urged him to get a degree in engineering with the help of their educational reimbursement program. But part-time night school only took Ruble so far, and he quit his job to pursue his mechanical engineering degree full-time at NMSU.

While a student, Ruble participated in Mini Baja, an international student design competition sponsored by the Society of Automotive Engineers International through which teams of students design and build small cars for traversing rigorous off-road tracks.

Ruble earned his degree in 2008 and was hired by NMSU to design and manufacture a reduced-gravity simulator for astronaut training under a National Science Foundation grant. Having made the move from student to employee, he became adviser to the Mini Baja, preparing NMSU students for the annual four-day competition for the past 12 years. One of the most popular student organizations on campus, Mini Baja gave Ruble an opportunity to share his expertise and passion. Ruble even opened up his shop for the students to work on their car because the university shop didn’t have the tools needed at the time.

But Ruble wasn’t the only source of inspiration. It was a student who nudged Ruble into ending his 20-year racing hiatus.

“While still working on my degree, I studied with a student name Melissa Gorham. She raced at the speedway and kept asking me to go watch her race. I raced with her dad in the ‘80s. She kept bugging me and I said, ‘No, I can’t do it. I can’t do it.’”

Ruble eventually relented and went to the track every weekend that year. The following year, he began racing his own car. Soon, students were helping him with his car. One student, Leonardo Borrego, now an engineer for Honda, helped him every weekend and actually drove a couple of times. Then, after Borrego graduated and left town, he invited Gorham to drive his car.

“She drove it and won the heat race and the main – it was her first time in the race car. She drove it for the rest of the season and she did very well. I said if you’ll commit to be here every weekend next year, I promise to have you a safe and reliable car and we’ll win the points championship and that’s exactly what we did the next season with her in the car – we won the points championship that year.” Gorham moved on to sprint car racing the next year.

But another student wanted her chance behind the wheel. Drew Cassidy joined Mini Baja with the hope it might lift her spirits and give her motivation following a difficult period of her life.

“When I first met Drew, she was working two jobs, going to school full time and caring for her father who had been diagnosed with Alzheimer’s and later passed away,” Ruble said. During her second year as a member of Mini Baja, Drew Cassidy was elected president of the group and did all of the fundraising for that year’s competition. Afterward, she expressed her desire to drive and she drove the maneuverability and endurance race at the next year’s competition.

Cassidy was hooked. She also wanted to try her hand with a real race car. Mini Baja was Cassidy’s first experience driving on a competitive racetrack, but with Ruble’s mentoring and coaching she got her opportunity.

“She has the natural ability and willingness to learn,” Ruble said. “The real story is how Drew overcame hard times to pursue her dream to be an engineer and - more recently - to become a race car driver.”

She started in a mini-sprint car, a miniature version of an open-wheel racing vehicle that resembles a full-size sprint car. She didn’t win a single race that year but placed high enough every weekend that she won the points championship for the season.

“Since then, Drew has been my full-time driver for all of my race cars,” Ruble said. “We have four race cars. We have a mini-sprint, we have a claimer car that she ran two-years ago, we have a legends car that she’s currently driving and we have a super truck that we’re going to put her into next year.”

“I run into students at the racetrack all the time,” Ruble said. “We do have a lot of students who actually race at the Vado Speedway Park. I would love to get more students involved in the racing. Racing is the reason I wanted to pursue an engineering degree and NMSU is the reason I have gotten back involved in racing. I have the best job on campus running the student project center.”