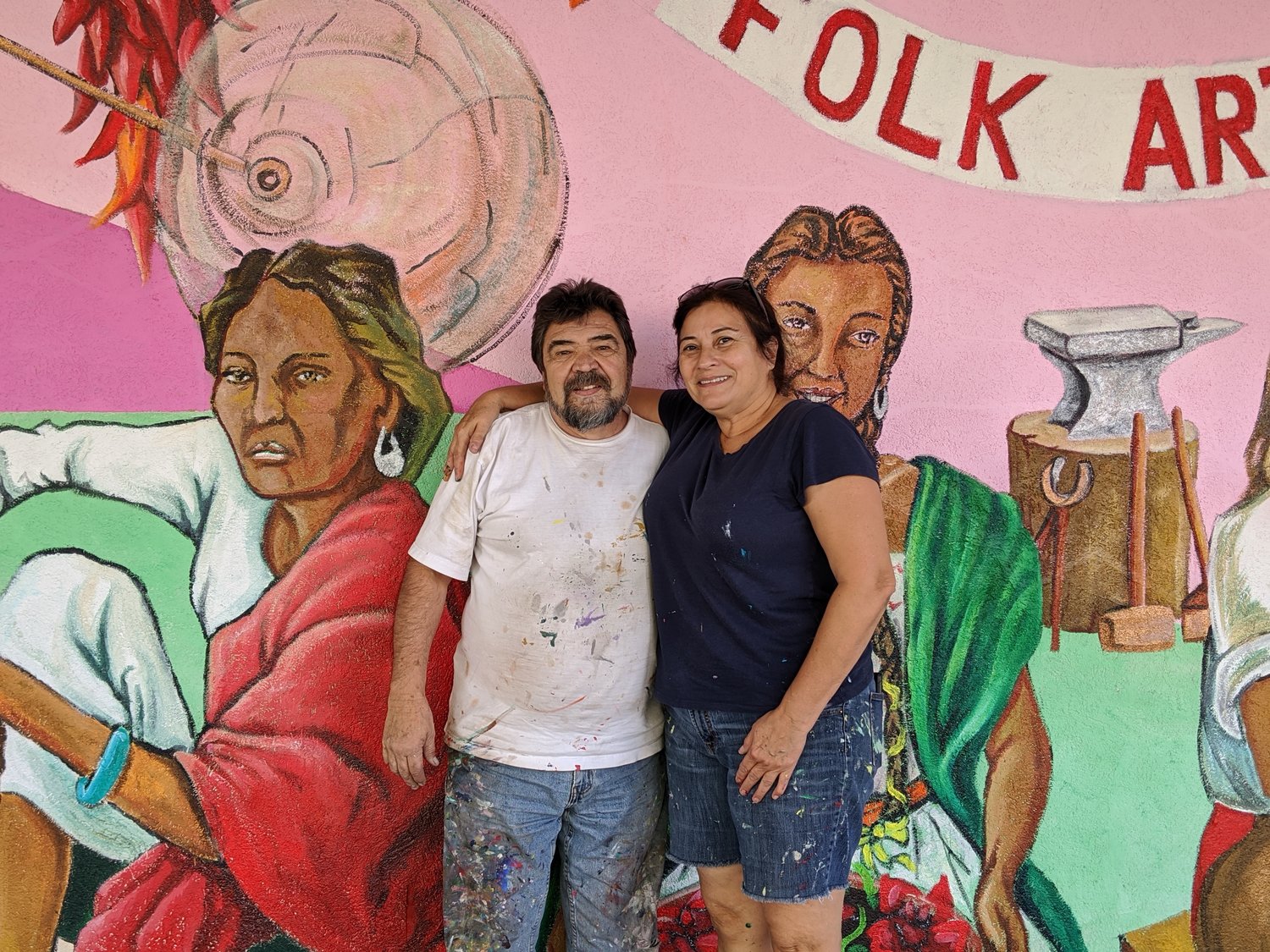 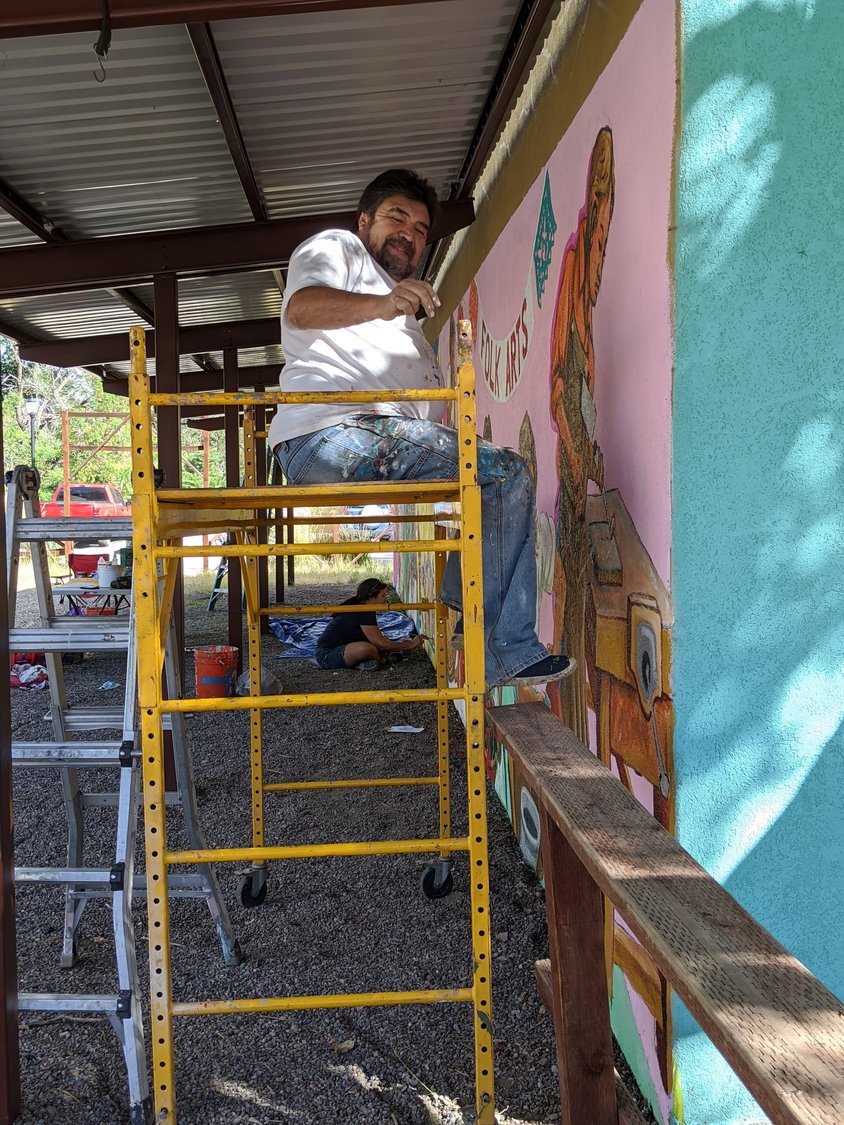 The mission of Silver City MainStreet is “to encourage a vibrant, historic downtown Silver City that is recognized as the heart of our diverse community.””
By Charmeine Wait

The mural, done by artist Carlos Callejo, is located adjacent to the Main Street Plaza where the market comes alive every week.

The concept for the mural comes from reflecting the wide variety of artists in the state and celebrates their many talents and the culture of New Mexico, stated a press release from the Silver City MainStreet Program.

The mural is located on the south side of the Encore building at 704 N. Bullard and faces what will be a future small park and a pedestrian entrance into the Main Street Plaza.

The mural was funded by a grant from the New Mexico Department of Tourism’s Clean and Beautiful Grant Program to be used for three separate beautification projects.

“New Mexico has a long tradition of folk arts that truly make this land of enchantment, enchanting,” Callejo said.

The Silver Street MainStreet Program described the mural as “beautiful, colorful and has so many elements, it is truly a joy to look at.” The organization, which promotes downtown Silver City, said it hopes the mural will inspire young people to learn and continue the culture of New Mexico folk arts.

Callejo, an El Paso native who grew up in Los Angeles, has painted several murals in Silver City before. He painted the mural that is housed in the Murray Ryan Visitor Center and this past year also completed a mural at the southwest corner of Theodore and Richard streets, in one of Silver City’s oldest neighborhoods on Chihuahua Hill. That mural depicts the cultural and economic influences of Silver City.

Callejo has more than 30 years of experience in coordinating, directing and executing public arts projects and has earned a reputation for being an expert in creating murals.

Callejo has played a major role in more than 40 mural projects both nationally and internationally. He has received public recognition and formal commendations from public officials, art institutions, schools and community groups who have benefited from his artistic talents and his dedication to community empowerment.

The mission of Silver City MainStreet is “to encourage a vibrant, historic downtown Silver City that is recognized as the heart of our diverse community.” Visit www.silvercitymainstreet.com.