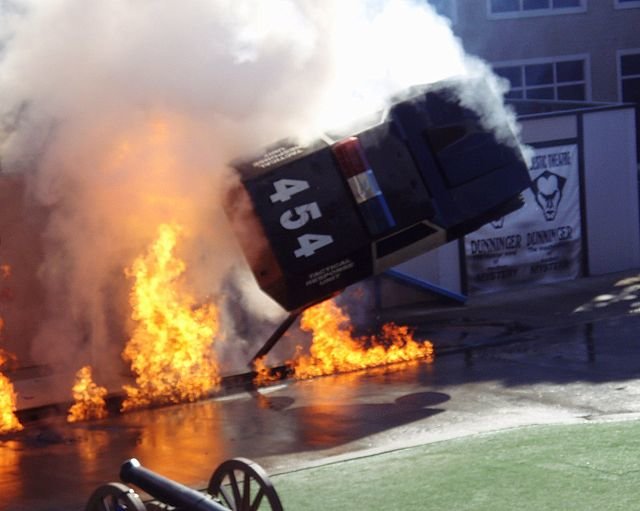 Several downtown streets and parking lots will be closed at various times from through Oct. 30 for film production of a major action movie in Las Cruces.

Motorists and Las Cruces residents should be aware of the closures and make appropriate alternate plans to accommodate production of the film. Mock police and ambulance vehicles will be used throughout the entire production schedule.

From 7:30 a.m. to 7:30 p.m. Tuesday, Oct. 26 and Wednesday, Oct. 27 Las Cruces Avenue and Organ Avenue will be closed, and traffic will be intermittently closed on north Church Street going northbound and southbound during filming. Filming on those days will be at the Bank of the West building, 201 N. Church St., and will include mock gunshots and a small car blast. No real bullets will be used, and the car blast will be a small, controlled propane explosion.

Filming on Tuesday, October 26 will include a bank robbery scene for the movie. There will be mock gun fire and glass window breaking. Smoke devices will be used inside and outside the building.

Filming will continue at the Bank of the West building on Wednesday, Oct. 27. On that day non-aerial fireworks will be detonated in the parking lot while the bank robbery scene is filmed. From 10 a.m. to 4 p.m. Oct. 27, activities involving a simulated vehicle propane explosion are planned. Small, controlled fires surrounding the “exploded” vehicle are scheduled to be filmed, and producers of the film are planning for propane work to happen at noon.

Additionally, there will be mock gun fire and glass window breaking. Smoke devices also will be used inside and outside of the building.

From Saturday, October 23 through Thursday, October 28, City parking lots 3 and 4, on Church Street and Las Cruces Avenue, respectively, will be closed to the public.