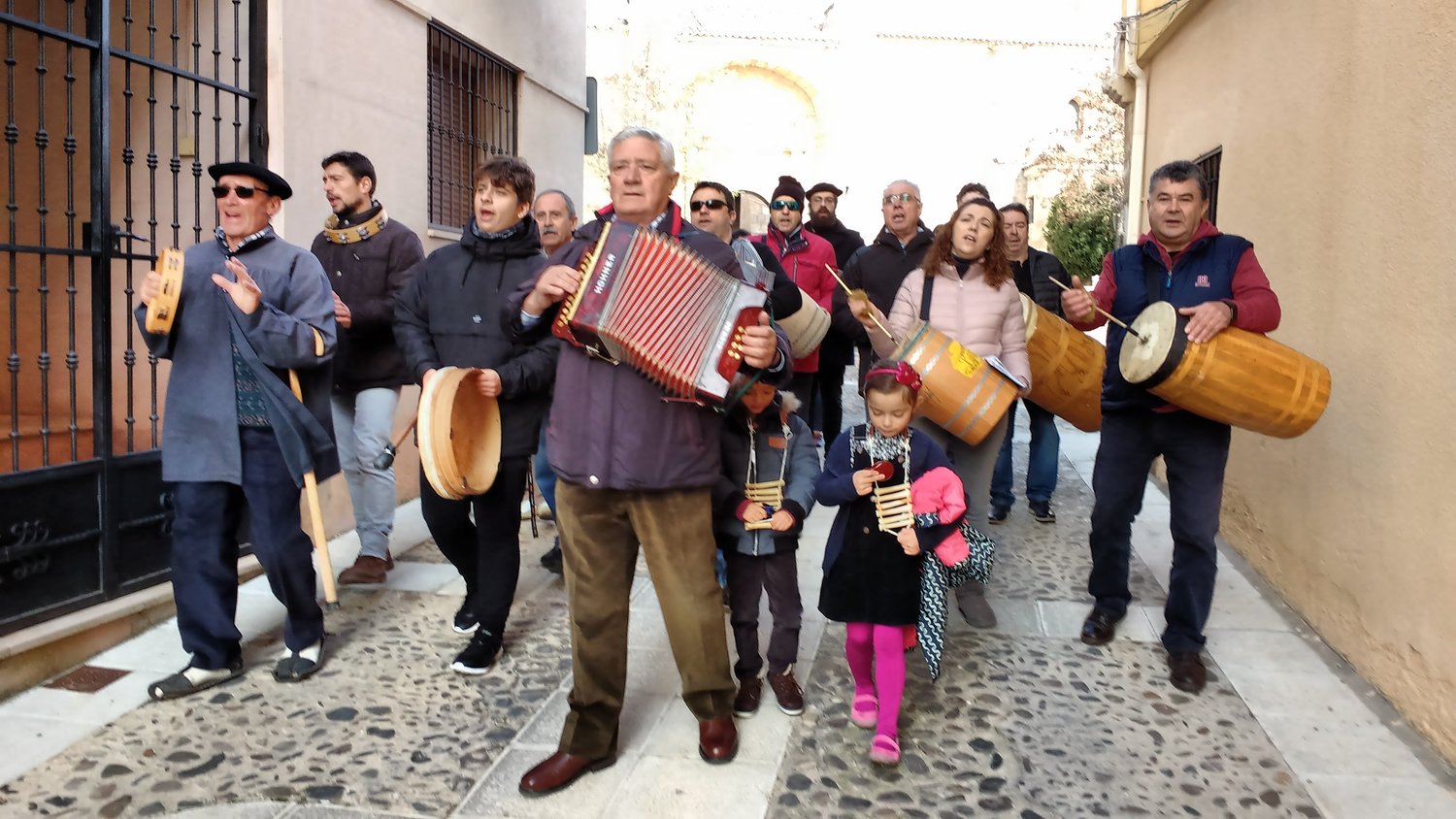 The 16-member group of rondeños is traveling from the small town of Cifuentes in the province of Guadalajara, Spain to New Mexico for several New Mexico Humanities Council grant performances. 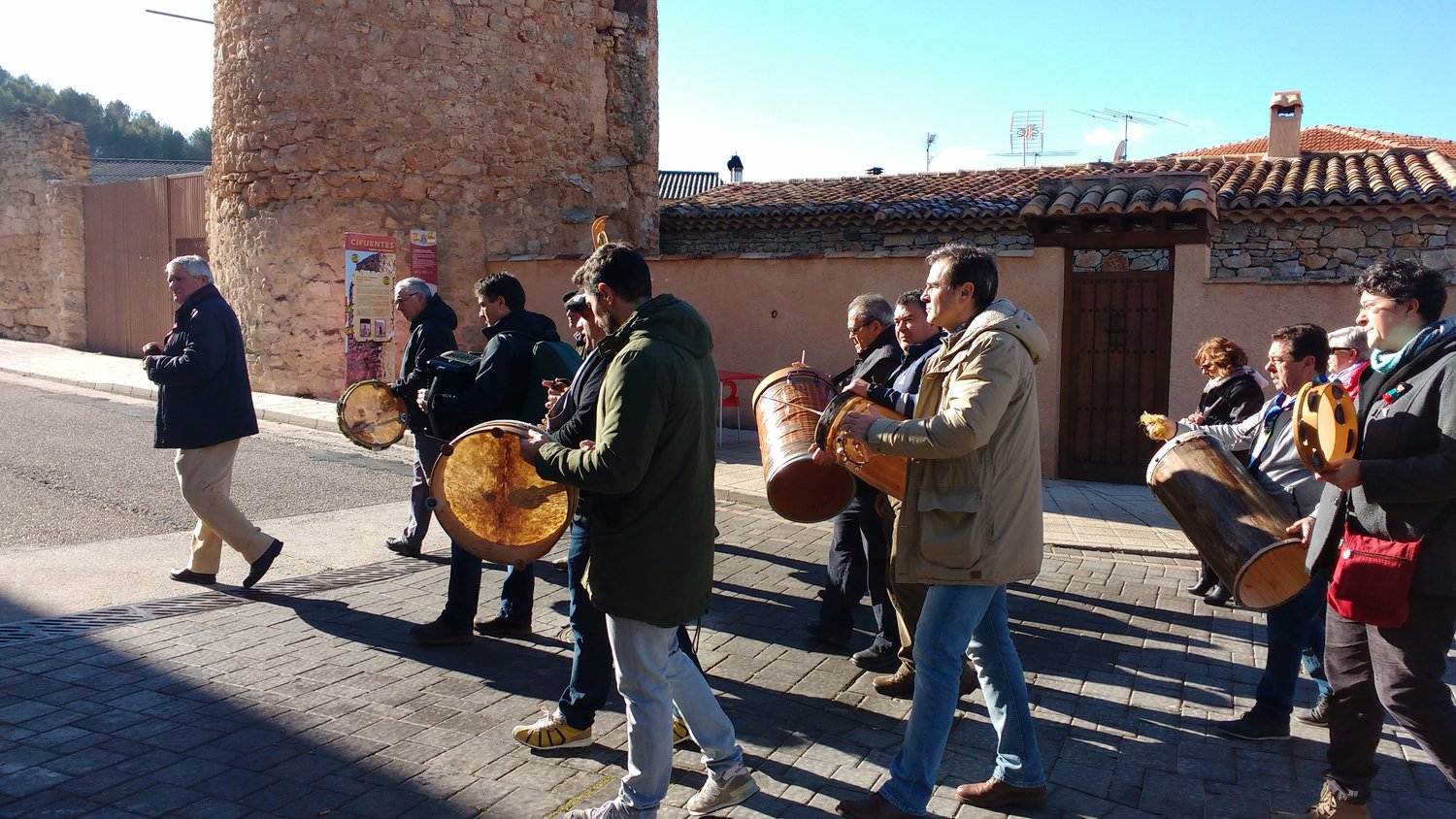 Walking the streets of Spain, providing Christmas cheer, the Ronda Group is now bringing a taste of Castilian music to Tularosa.
Previous Next
Posted Tuesday, December 3, 2019 6:46 pm
If you go:

In December, Tularosa hosts a holiday event not seen before in the Tularosa Basin. “Ronda Los Carrozas de Cifuentes” is a free program open to the public offering a presentation of traditional popular music from the rural Castile region in Spain, the Christmas rondas.

The 16-member group of rondeños is traveling all the way from the small town of Cifuentes in the province of Guadalajara, Spain. The group will arrive in New Mexico on Dec. 15 and travels for six days presenting the program at venues in Albuquerque, Santa Fe, Abiquiu, Tularosa, and Acoma.

“Arriving in Tularosa, with its warm and enthusiastic welcoming, makes me feel that somehow the stars of New Mexico and Spain are at last going to link and show us an unexpected, beautiful road. This will be the time to continue our path together,” said group administrator, Natalia Díaz, who had visited Tularosa seven years earlier.

Traditional Christmas rondas have been part of the folklore and musical tradition of southern Castile for centuries, she said. A traditional Christmas ronda is generally a group of friends who would get together and play their instruments and sing villancicos in the streets during Christmas. While the most affluent families in town celebrated Christmas at home, peasants did it by walking the streets, singing joyous songs and asking for the aguinaldo (a Christmas gift) such as some bread, hard boiled eggs, or chorizo, that good-will neighbors would offer them, along with wine or other drinks to warm up on a cold night.

“I visited New Mexico to learn about its Hispanic and native heritage through music and songs, with the fixed idea in my mind that I could make a film about our Spanish links to it,” Díaz said. “It was a nice but crazy idea to friends and family around, but ‘keep dreaming, why not?’ they said.

The full program includes a 45-minute lecture and slide presentation by scholar Enrique Díaz Martínez, explaining the history and meaning of Christmas rondas and relating them to rural traditions in New Mexico. Immediately following, the Ronda members play and sing popular Spanish Christmas songs that will be interpreted by scholar Edmundo Cabellos Llorente. Cabellos Llorente will demonstrate traditional handmade percussion instruments used in the rondas and expand on the lyrics and the compositions.

The lecture and interpretation will address a variety of humanities areas, such as social history, the human urge to preserve intangible heritage transmitted through oral memory, and the present role of women in the rondas, which until very recently was practiced only by men.

The rondeños will arrive in Tularosa on Dec. 18, meet with village dignitaries and host families. To further the feeling of community engagement that is so important to this group, St. Francis de Paula volunteers will plan for the group to stop in at the soup kitchen that is open every Wednesday at the parish hall just south of the church. This will provide a location for them to rest after their travels and meet and greet the community in a friendly and humble setting.

On Dec. 19, the group will provide a cultural awareness program to students at the Tularosa Intermediate School. Then they will have some time to explore the area for a while until evening when they will provide a full program with no charge at the St. Francis de Paula Church. Donations made to the church that evening will stay with the church.

Los Carrozas from Cifuentes is one of the few remaining traditional rondas of Guadalajara, Spain, working to keep this cultural tradition alive. It began its journey 50 years ago with a group of eight men who wanted to spend time together of good food, drinks, and song. Today, the group is open to men and women of different ages, mostly family and friends of those young people who originally started the Ronda. Some of them are local musicians who are committed themselves to cultivating the cultural tradition that has been deeply rooted in the village. Los Carrozas has won numerous awards during competitions in Guadalajara.

The decision to come all the way from Spain to New Mexico was not by chance.

“I do believe in dreams,” Díaz said. “But only if and because I can make them real. When the opportunity showed to bring our Ronda to New Mexico, the dream started to shape in broad light. Now, me and the Ronda members are about to touch a part of this dream, with the help of generous communities in New Mexico. “

The local sponsorship, organization and publicity are provided by a joint committee comprised of members of the Jornada Research Institute (JRI) and the Tularosa Arts and History Council (TAHC), who have partnered previously on programs and project in Tularosa. Dave Greenwald, president of the JRI had met Diaz on her previous visit to New Mexico and was aware of her dream.

“I am pleased to have followed up on my instincts,” Greenwald said. “I think this is a most valuable contribution to the culture history of our area and relates well with the mission of Jornada Research Institute.”

Origins of the Ronda

In Guadalajara, the ronda is very important to the community, especially in Cifuentes. Located in the province of Guadalajara, Cifuentes is a town that dates to the Middle Ages.

Most of the traditional carols the Ronda plays have been around for centuries. They are simple couplets or stanzas that have survived over the years by parents passing them to children and over time, generating different versions of those of other towns in Castile. Typically, the songs reflect the Christmas spirit through the daily life of shepherds and peasants and humble people with scarce resources.

The rondeños identify themselves with the Nazareth family who are cold and hungry and looking for shelter. Díaz referenced part of the educational portion of their presentation to explain the importance of this series of presentations throughout New Mexico.

“Self-esteem and identity are essential to community survival,” she said. “Music and singing have always been an important element for the people of rural Spain, infusing every vital aspect of communities. People would sing a song for each activity of their daily lives: picking olives, harvesting, making wine, baking bread.

“When a song was heard, everyone knew what their neighbor was doing, where she was at that moment. Christmas songs share this way of transmitting the tradition through describing daily activities. Christmas rondas, in particular, illustrate our narratives, legends and stories, conveying vivid pictures of our ancestors' lives and customs. It is a performative methodology with the power to preserve cultural diversity and its creative expressions, which are vulnerable to being subsumed by globalization and social transformations.”

From Silver City to Beijing