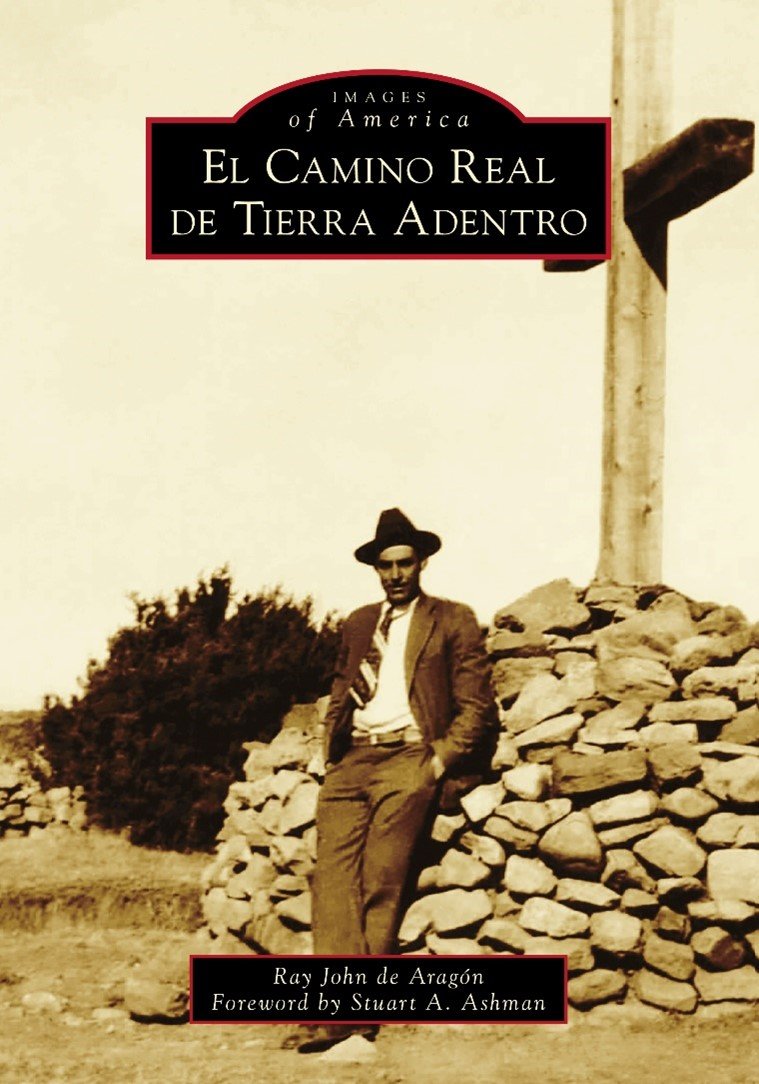 The presentation is free and open to the public.

“The Camino Real is the earliest Euro-American trade route of cultures and commerce in the United States” according to www.arcadiapublishing.com. “It spanned about 1,800 miles from Mexico City where it originated through El Paso to Santa Fe, New Mexico. For three centuries, this Spanish colonial road followed a network of ancient Native American footpaths and trails that followed the wide expanse of the Rio Grande Valley.  There were campgrounds (parajes) along the way for travelers, and early Spanish villages were also established.” Those villages are now cities such as Las Cruces, Albuquerque and Santa Fe.”

In the book, de Aragón writes about the history of the Camino Real and how those villages became modern cities, the book club said in a news release.

Arcadia Publishing is the book’s publisher.

De Aragón, who now lives in Albuquerque, received a master’s degree from New Mexico Highlands University in his native Las Vegas, New Mexico in 1986, according to www.arcadiapublishing.com, with a concentration in Spanish colonial history. He is a recognized expert on the Spanish colonial arts, traditions, heritage, and folklore of New Mexico. His mission is to connect people with their past, their communities and with one another.  He has written 20 books about the history, legends and lore of New Mexico.

Send an email to bitsabookclub@gmail.com for more information and for the Zoom invitation.