Artist encourages Grant County to move into a new future 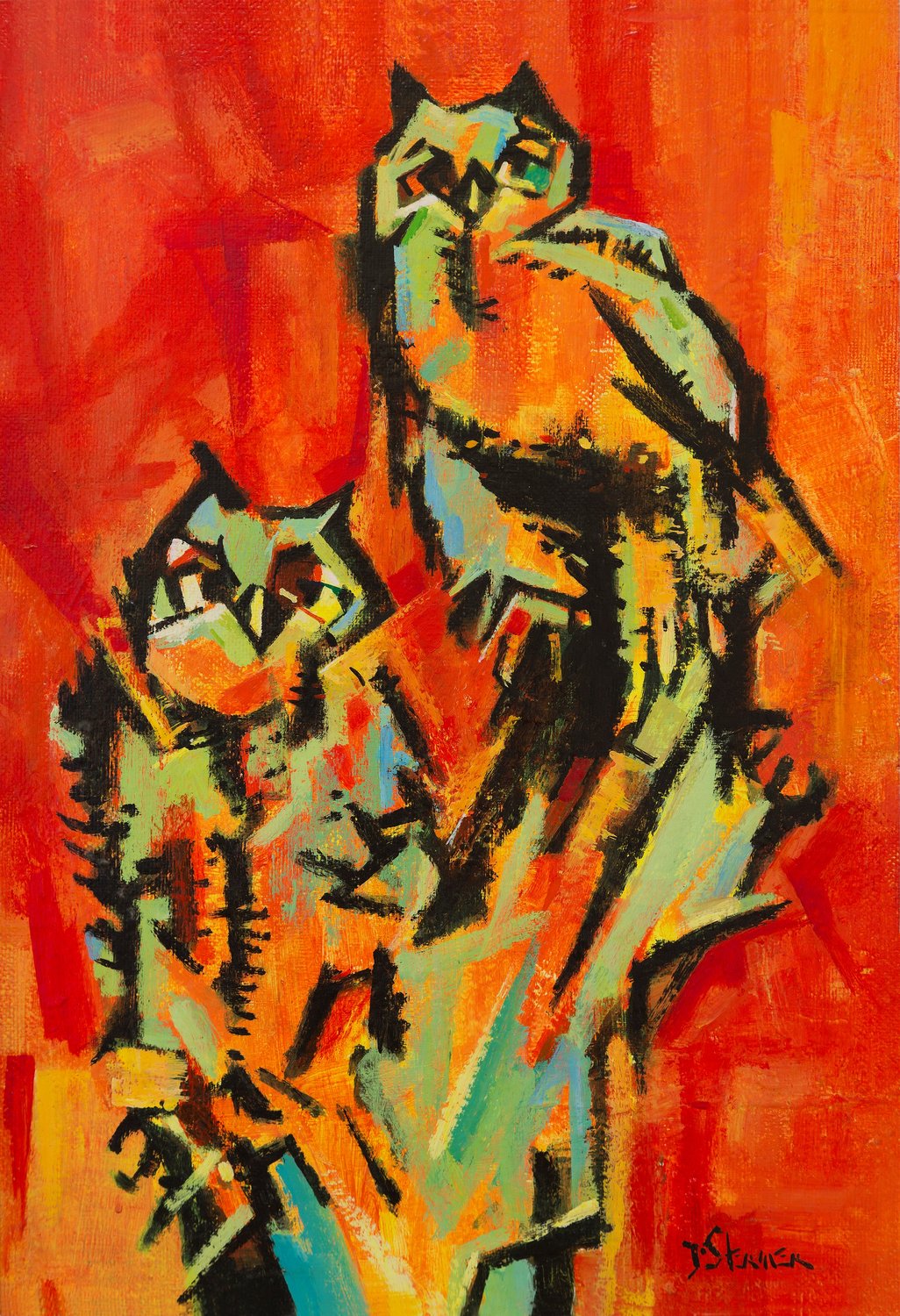 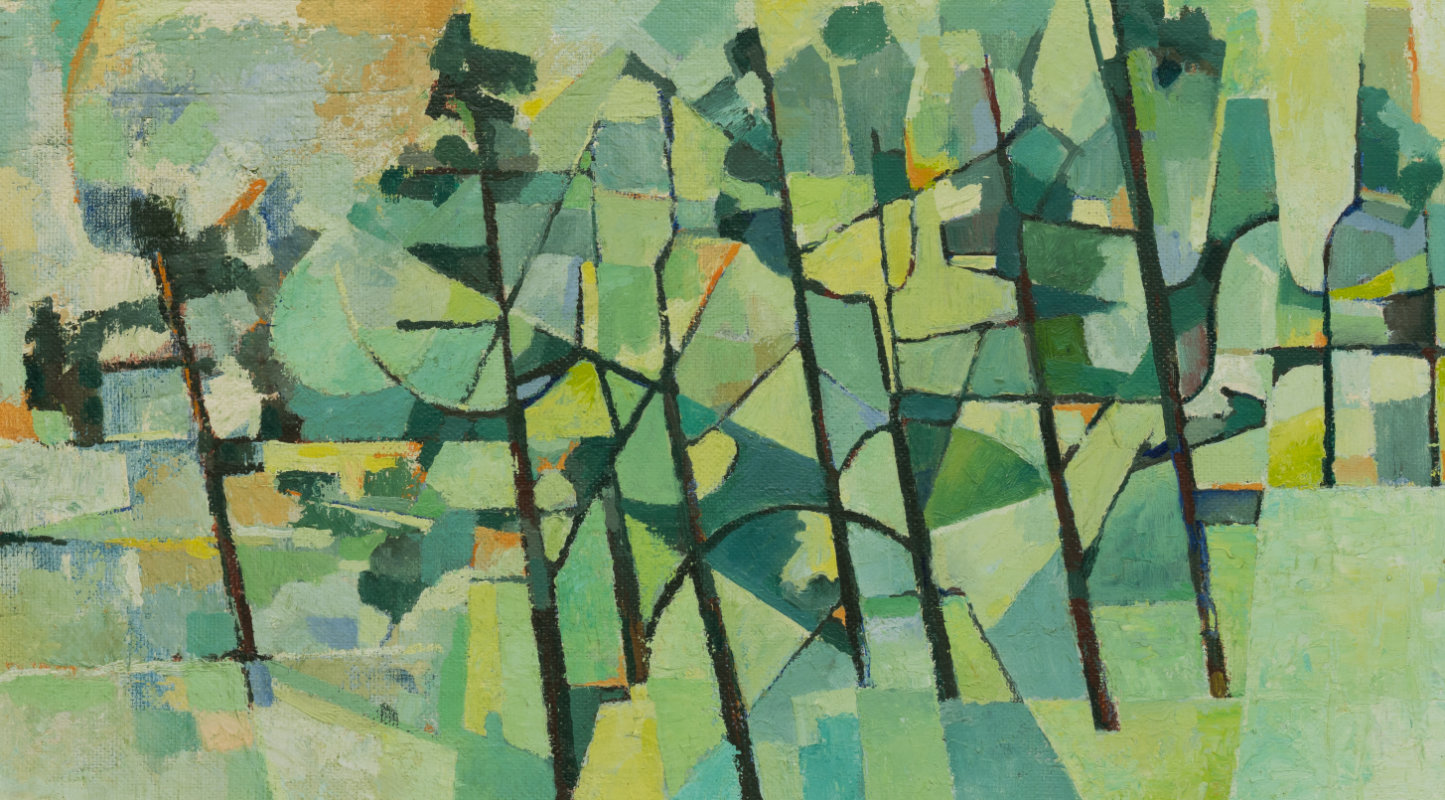 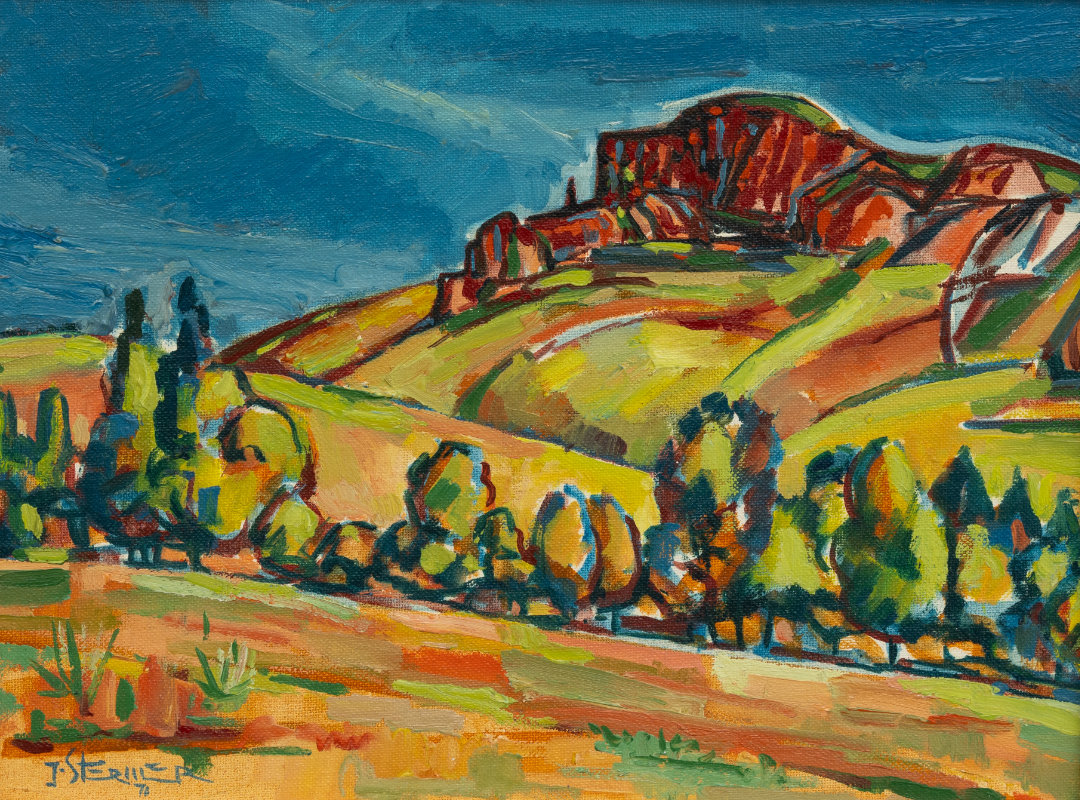 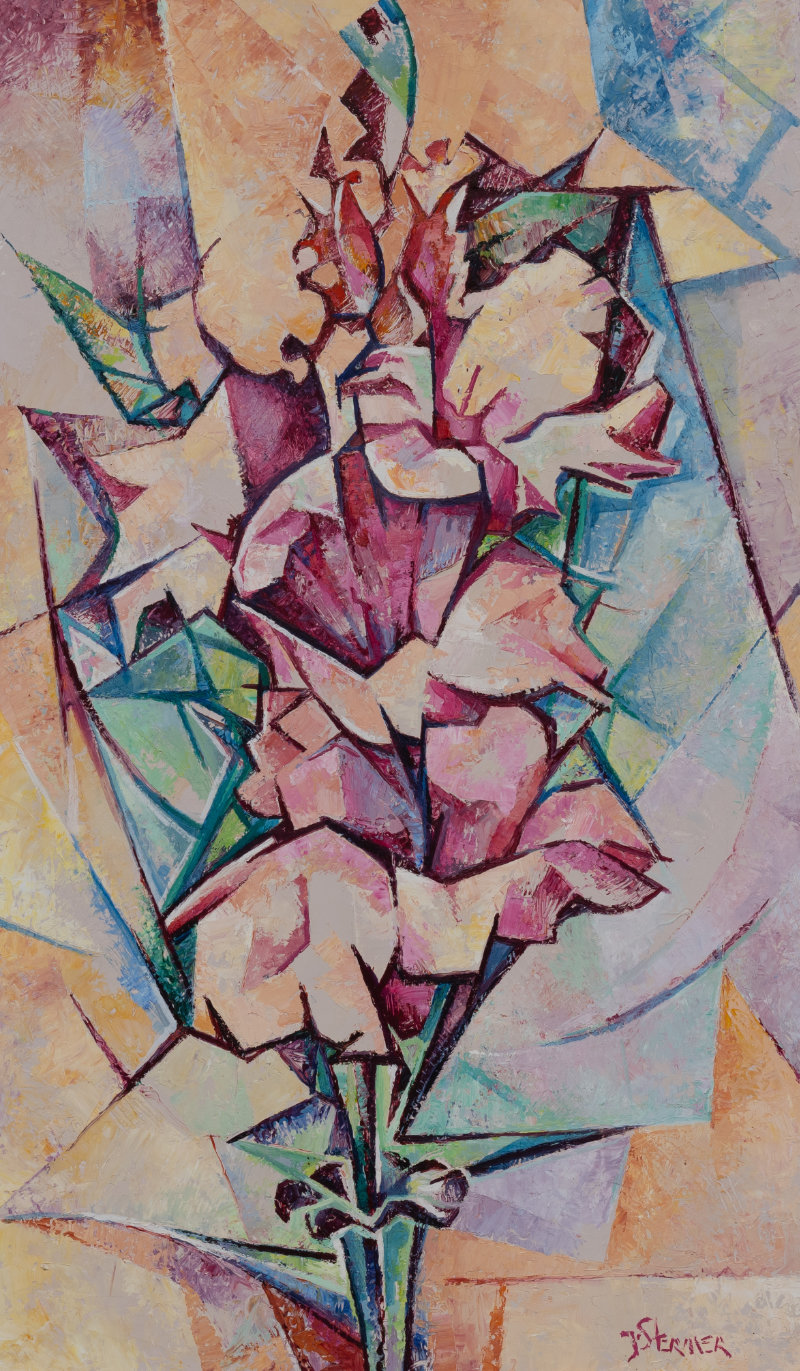 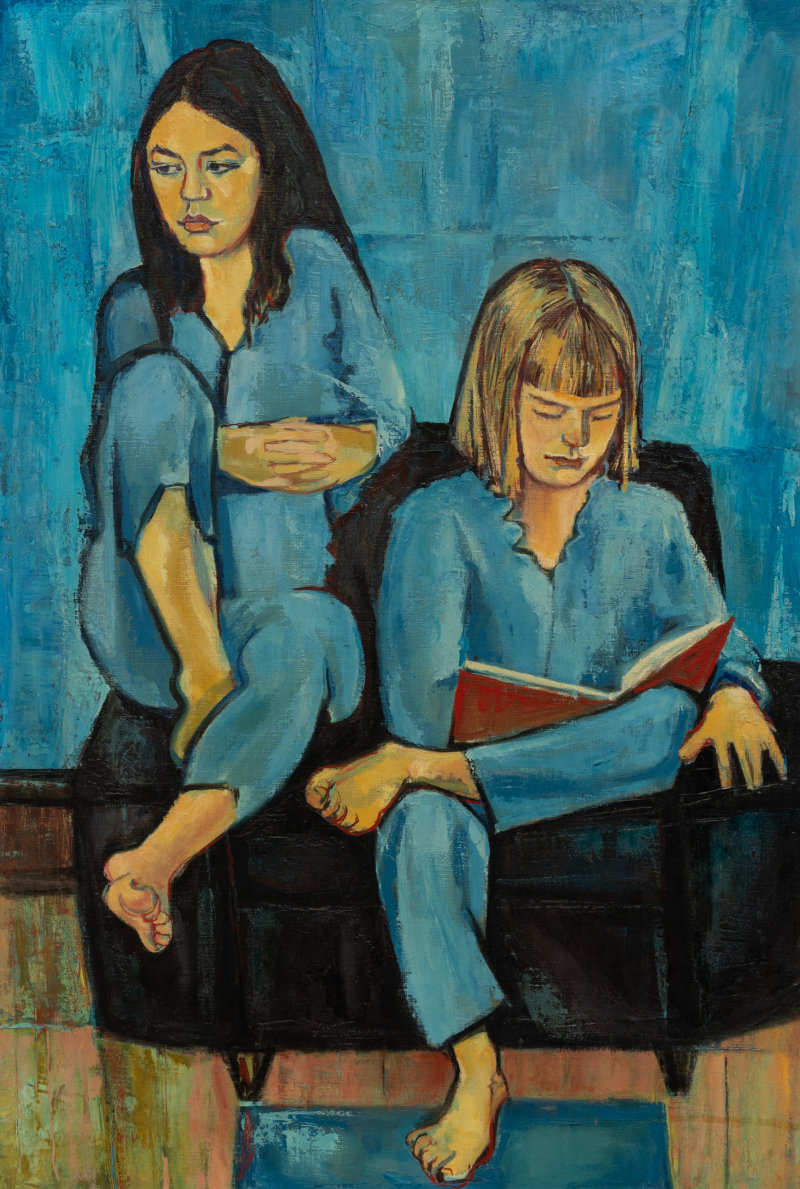 In 2020, John Stermer would have been 100 years old. John and his wife, Lucy Anna, were pillars of Silver City society with John as a mover in the arts world and Lucy a politician who served several years as mayor of the town.

“My dad and mom were leaders in Silver City in the 70s and 80s,” said Dorothy Stermer, who now lives in Albuquerque. “I think dad and mom cared about politics and art, but it didn’t stop there. Dad founded the arts council, was on the New Mexico Arts Commission for 10 years and brought money and art projects down to Silver.”

John recognized the mines were not going to last as the economic engine driving Grant County and had the vision for an arts community.

“He cared about the people and the place,” Dorothy said. “He saw the community would have to evolve and that has happened.”

Another of the Stermer’s daughters, Peggy Stermer-Cox, said the family and others who knew John and his role in the Silver City arts scene wanted to keep him in people’s minds so a retrospective of John’s work was planned for his 100th birthday year. That was circumvented by the coronavirus, but now the show goes on.

“It’s been about 30 years since he died and 25 (1995) since there was a retrospective in Grant County,” Peggy said. “It’s good to keep the artworks fresh in people’s minds.”

Peggy said a key theme for this retrospective is the development of the artist.

“We start when my dad was in his late teens and early 20s, through until his death at age 70,” she said. ‘We hope the viewer will enjoy seeing the journey and transformation of the artist.”

Lucy is now 93 and will attend the opening of the show, Peggy said.

Stermer was a classically trained figurative abstractionist whose artwork is in many private and public collections in the West including Grant County. His large ouevre of paintings, prints and drawings are displayed at the retrospective, “Lines of Force,” that opened in October.

“Lines of Force” refers to a painting technique where an artist amplifies and extends the gestures, thrust and motion of their motifs, either subtly or markedly, using color passages, lines and picture planes. The result is a composition that is electric and full of energy. One does not merely “look” at a Stermer; one enters a dialogue with his work, according to the show’s curator and longtime Silver City artist Paula Geisler.

“John sought to perceive, understand and express the artistry within all forms,” Geisler said. “He talked of the ‘Circle in the Square,’ an idea that permeated art salons in Barcelona and Europe since the time of Gaudi up to the present day.”

Proponents believe all matter can be understood as a series of interrelated spheres, hemispheres, cubes, cylinders and truncated cones.

“The building blocks of life,” John would say.

Giesler said he was an outstanding teacher, without ego, and always acknowledged that artists all stand on the shoulder of others who came before us – walking the artist’s path toward enlightenment. Like most figurative artists, John felt a sense of accomplishment in his mastery of the human form, including portraiture. Regular life-drawing was part of John’s discipline as a working, established artist throughout his entire career.

From his earliest efforts, living in upstate New York, John drew and painted people and places. When World War II happened, John joined the Navy and served in the Pacific as a Seabee. When the war ended, he returned to New York City and used the GI Bill to enroll in the prestigious Art Students’ League. There, he honed his life-drawing skills, learned the alchemy of etching and aquatints, mastered color theory and composition and painted in oils and watercolors. He stretched and primed his own canvases, cooked rabbit-skin glue and built his own frames. John painted standing, with a compelling gaze focused on his subject matter, be it a person or a place.

Art energy originating in Paris and Barcelona was inspiring to John, so he and his wife, Lucy, hopped over the pond to Paris. John never stopped painting and found the cityscapes and built environment of Europe fertile ground for his artistic vision. Work from that era reflects his continuing appreciation of the female form, cityscapes and the built environment.

John was able to parlay his Navy skills into managing the Port of Barcelona, a huge responsibility at which John exceled. But he also never stopped painting. He participated in life drawing, art shows and deeply appreciated the energy in Barcelona. You can see elegant woodcuts of boats in Barcelona among his work.

Then, in 1959, he and Lucy returned to the United States. They settled in Bayard, New Mexico, where John worked for the mines and continued to paint. During this period, you can see a dual emphasis on portraiture of his children as they grew up and plein-air paintings of the saturated colors of the American Southwest. John, a city boy, fell in love with the cowboy way of life. Barns and windmills and boots appear with regularity in the work of this era.

By the time John and Lucy moved to Silver City in 1971, his unique style had matured into what is called his late work: Masterful figurative abstractions, in which people, landscapes and places frequently dissolve and re-emerge in a dance over the entire canvas. Lines of Force, some subtle, some pronounced, help us to understand the ideas behind the artwork.

Until his death in 1991, John was the go-to portrait painter in Grant County. He also returned to making small format etchings and aquatints and conducted printing workshops around the area. He exhibited in juried shows. He painted outdoors and in his studio/gallery in the historic downtown of Silver City.

For John, it was always about people and places. During the late period, the Lines of Force within his paintings expanded beyond the canvas. Stermer served as the area’s arts commissioner. He worked tirelessly to secure 1 percent for the arts money for the Silver City and Grant County region, but most significantly, John and Lucy Stermer started the Mimbres Region Arts Council. They foresaw the emergence of the fine arts as a major economic driver for the region and had the political savvy to establish a 501c-3 to use as a fiscal agent to bring federal- and state-funded performing and visual artists to southwest New Mexico.

Visit johnstermer.com for more about John Stermer and his artwork.