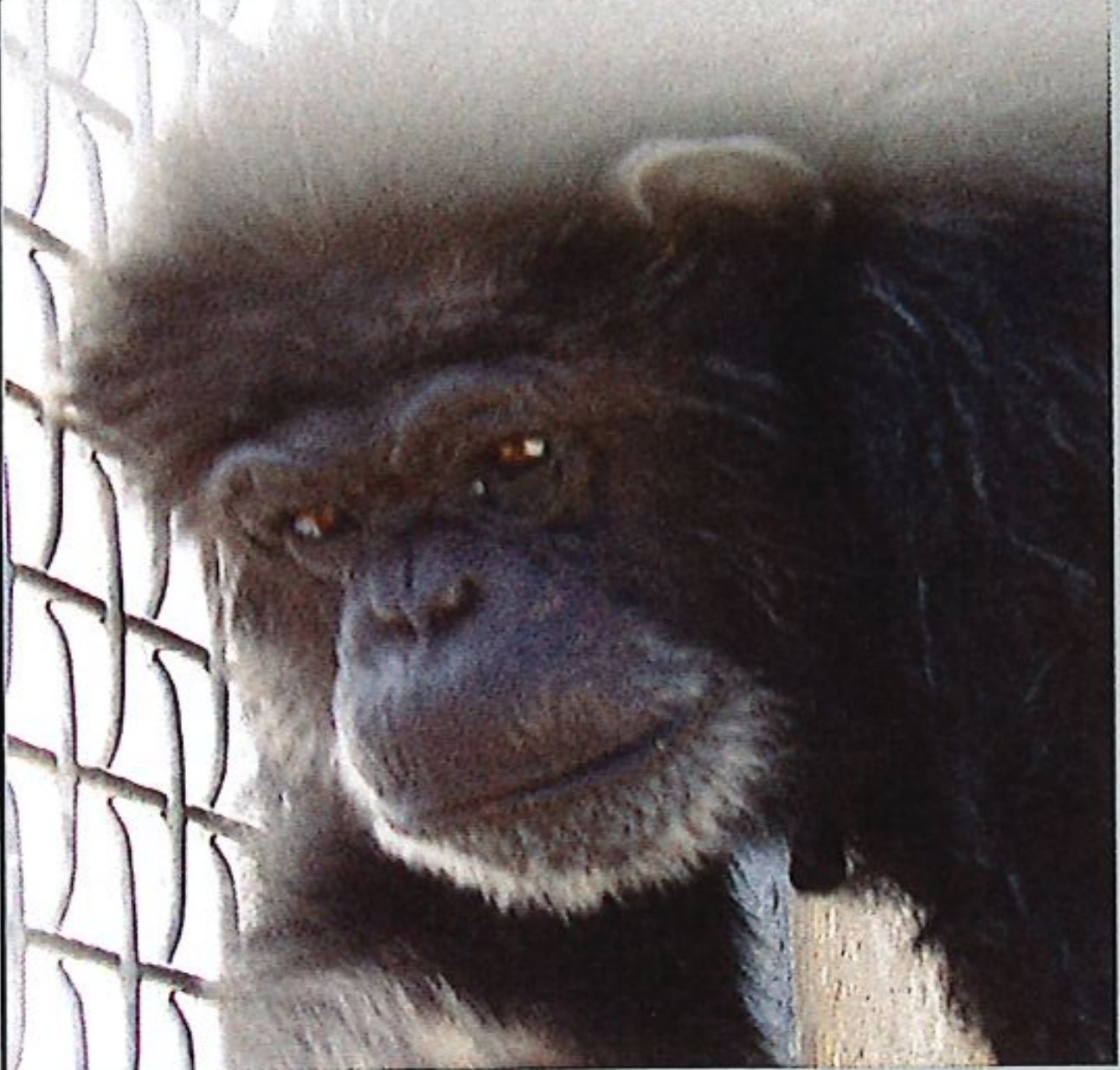 According to a Humane Society of the United States Press release a lawsuit filed Jan. 14 in the federal district court in Maryland charges the National Institutes of Health (NIH) with violating federal law when it failed to send to sanctuary 44 federally owned chimpanzees held at the Alamogordo Primate Facility (APF) in New Mexico.

“Every day that goes by is another day taken away from these chimpanzees. They deserve to spend the remainder of their lives in a proper sanctuary,” said Kitty Block, president and CEO of the Humane Society of the United States. “We spent a quarter of a century lobbying, litigating, petitioning and making the public case for their release from laboratory use on moral, scientific and practical grounds, and we succeeded. But we didn’t do all of that just to see them languish in the barren laboratory environment they experience on an Air Force base in Alamogordo.”

In 2018, the NIH, completed a study of the risks associated with transporting chimpanzees from the APF at Holloman Air Force Base to the Chimp Haven sanctuary in Louisiana.

The study "advised NIH that it would be a serious risk to the chimpanzees’ health to move them. Accordingly, NIH expects that these 44 chimpanzees will live out the remainder of their lives at APF to ensure their safety and welfare,” National Institutes of Health Director Francis Collins said in a statement from October 2019. The number of animals is fewer now as several have died since, 37 were left as of October 2020.

In his statement Collins said all the animals that could be safely moved had been moved to the sanctuary.

“APF is now down to … its frailest chimpanzees,” he said.

Because of advances in non-animal methods of research and testing and changes in their legal status under the Endangered Species Act, chimpanzees have not been used in federally sponsored research since 2015.

“Using a defined protocol, a panel of NIH veterinarians, independent of the three primate facilities, Chimp Haven, and the NIH Chimpanzee Program, evaluated the remaining APF chimpanzees and advised NIH that it would be a serious risk to the chimpanzees’ health to move them,”

Collins said in his statement.

The Humane Society’s release states NIH’s decision in 2019 to keep this group of older chimps in the laboratory facility was a course reversal from the agency’s longstanding commitment to transfer all federally owned chimpanzees to the federal sanctuary at Chimp Haven in Louisiana, where they “would receive superior veterinary and behavioral care and enjoy an open and natural living environment.”

“The least we owe … the chimpanzees who survived decades of horrific experiments is the chance at a richer quality of life in sanctuary, a place built to promote their natural behaviors and wellness,” said Elisabeth Jennings, executive director of Animal Protection of New Mexico.

The Jan. 14 lawsuit argues that NIH’s decision violates the federal Chimpanzee Health, Improvement, Maintenance and Protection (CHIMP) Act, which established the cost-efficient federal sanctuary system and mandates that all federally owned chimpanzees be retired there when the animals are no longer needed for research.