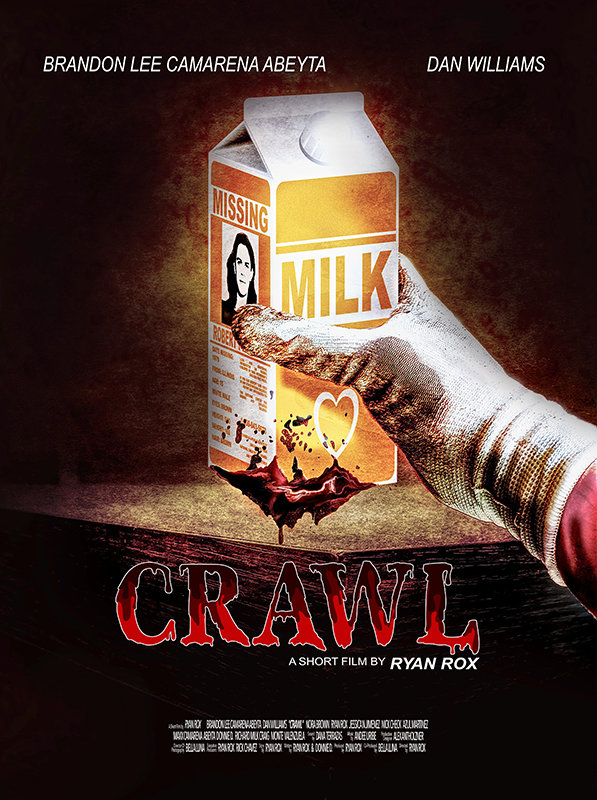 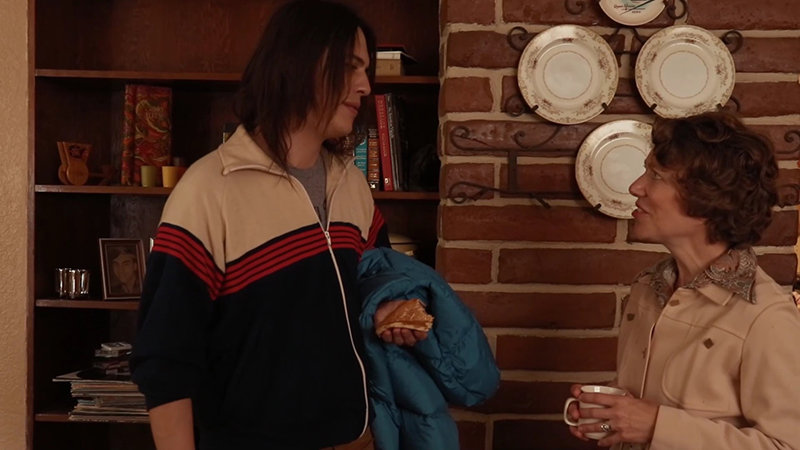 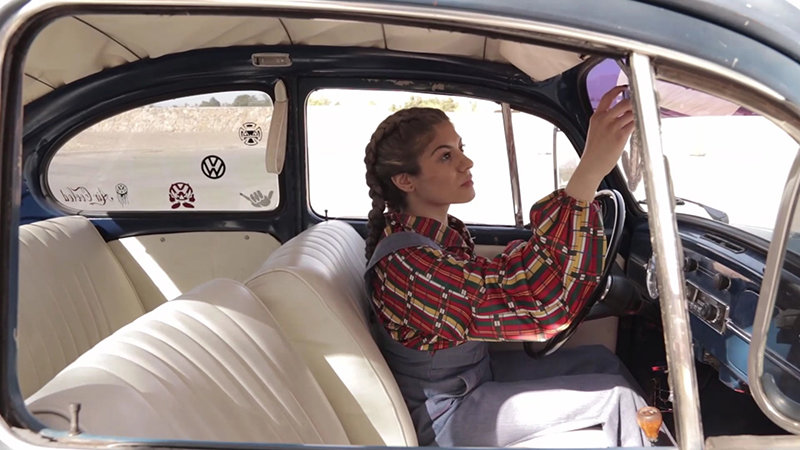 Jessica Jimenez in “Crawl.”
Photos are courtesy of Ryan Rox 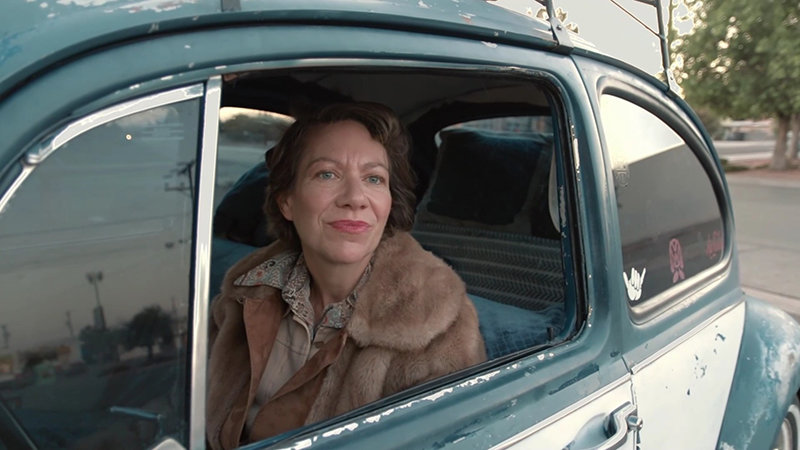 Nora Brown in “Crawl.”
Photos are courtesy of Ryan Rox 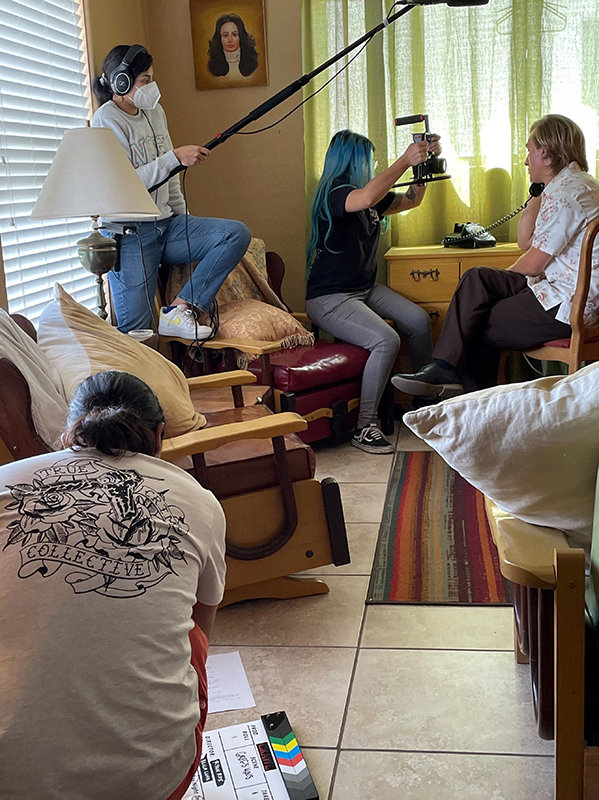 Left to right are director Ryan Rox (on the floor), crew members Dana Terrazas and Bella Luna and actor Nick Check on day one of filming “Crawl.”
Photos are courtesy of Ryan Rox 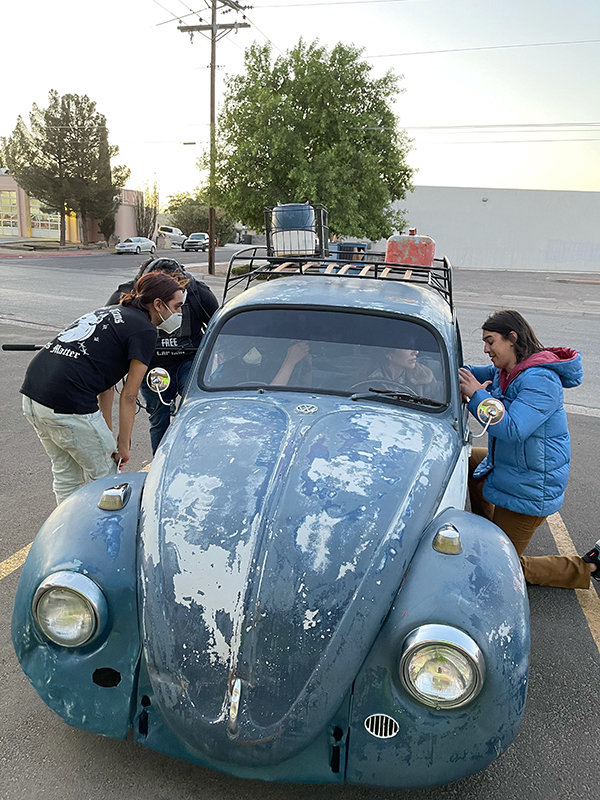 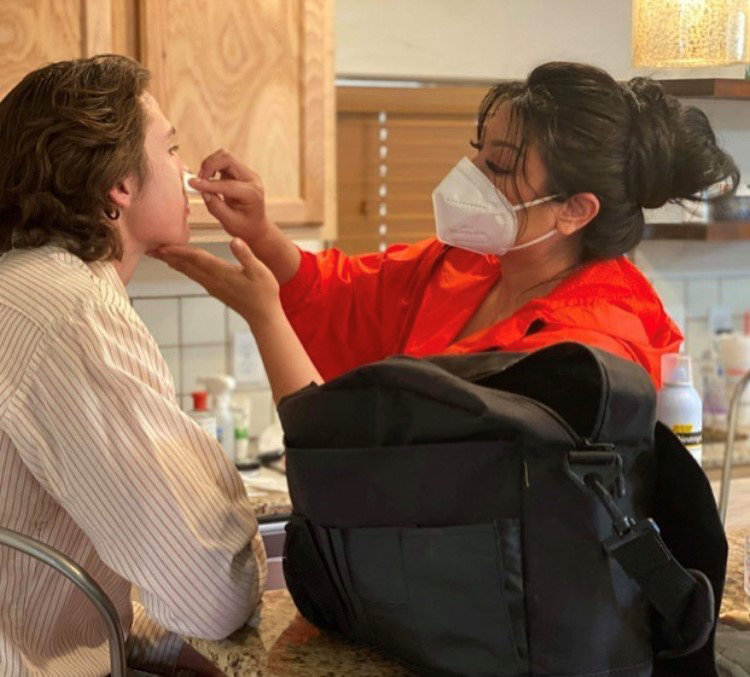 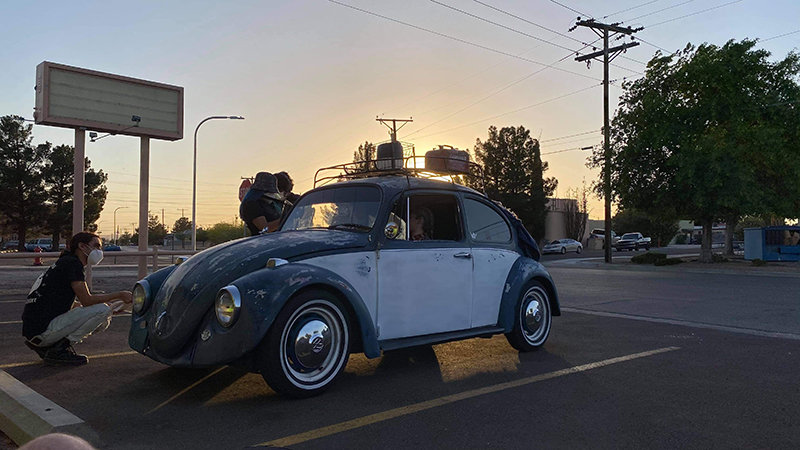 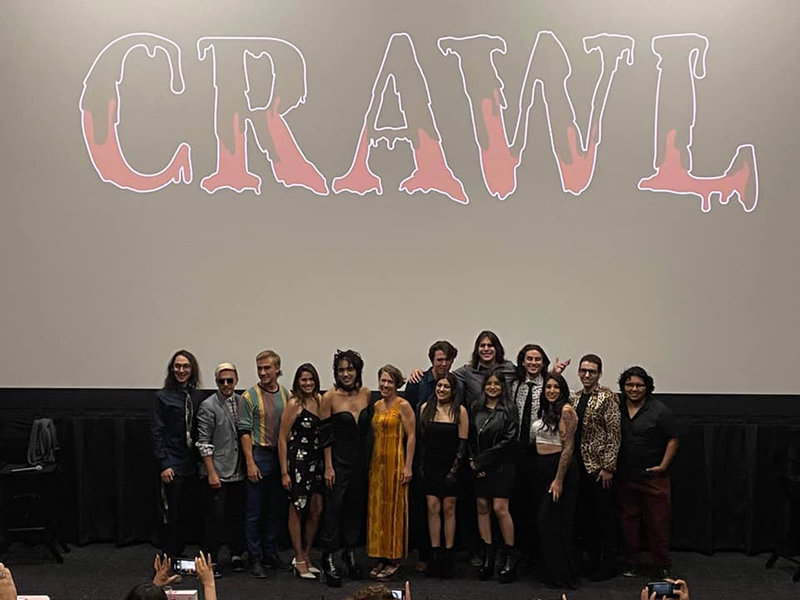 The cast and crew for Las Crucen Ryan Rox’s short horror film “Crawl,” which debuts Oct. 3 at the Fountain Theatre.
Photos are courtesy of Ryan Rox 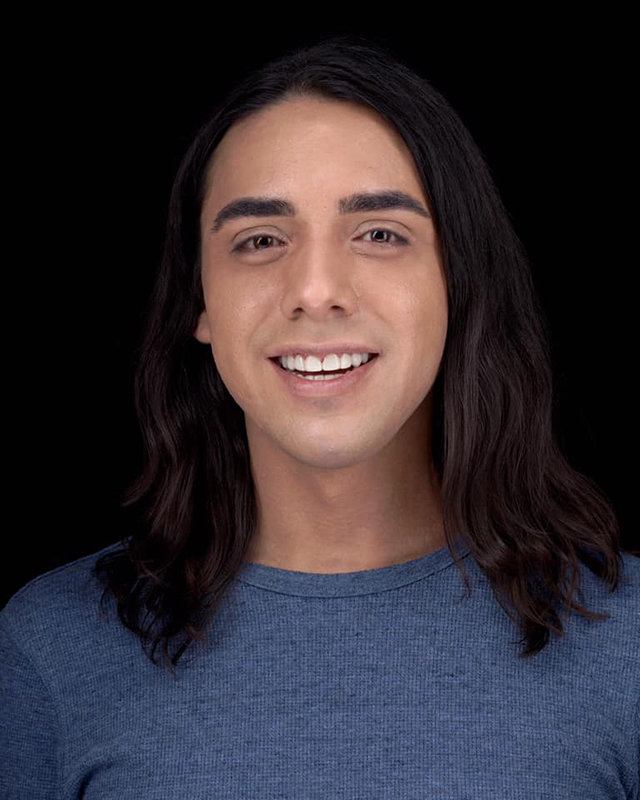 “Crawl,” a short film by writer, director and producer Ryan Rox of Las Cruces, will have its world premiere at 4:45 p.m. Sunday, Oct. 3, at the Fountain Theatre, 2469 Calle de Guadalupe, on the historic Mesilla Plaza.

Tickets are $9. The doors open at 4 p.m. The premiere is followed by a meet and greet with Rox and the cast of “Crawl!”

The premiere will also include screenings of “Bedridden,” in which Rox co-stars, and his second short horror film, “Quiet Hours.”

“Last year, although we couldn’t really go out for Halloween, the horror marathons on TV and new horror releases on streaming platforms made up for it,” Rox told the Bulletin. “I was so inspired by those films, as well as a few serial-killer documentaries I have seen, that I decided, by this time next year (October 2021), I’d have a horror film of my own out… and here we are!

Rox said he wrote “Crawl” in two weeks and cast the film at the end of 2020. He completed pre-production on the film and crowdfunded by March of this year. Filming began in Las Cruces April 3 and continued over four days into June.

“All that I knew about making films was from what I picked up while being an actor in them,” Rox said. “Surprisingly, set experience and YouTube were my ‘crash course film-school teachers.’

“One of my biggest, if not the biggest, inspirations as a filmmaker is Quentin Tarantino,” he said, “and like he once said, ‘When people ask me if I went to film school, I tell them, “‘No, I went to films.’” The best way to learn is by doing, and that’s what I did. I learned so much, even as early as the first day. It’s so much more work than people realize, but it’s also so much more rewarding – and I don’t mean financially.

“Having such talented individuals all working so hard to bring to life something you imagined in your head one day is an indescribable feeling,” Rox said. “Luckily, as an actor who had worked on student and local short films over the past few years, I was able to bring with me people who I already knew were amazing and trustworthy.

“I think the past year and a half was hard for everyone, and that includes creatives in the film industry,” he said. “Seeing the hurt in the world, our first instinct as creatives was to do what we do best, and that’s to entertain. So, I was very excited to be able to hire local film industry workers, crew and cast, for something that we all need right now – entertainment. Horror movies got me through a quarantine Halloween in 2020, and I hope ‘Crawl’ will distract you from whatever pain you might be feeling this October, even if it’s just for a half hour.”

The film was shot entirely in Las Cruces with the exception of one scene shot in El Paso, he said, and consists entirely of local talent, crew and cast.

The film was named best new Mexico short for May-June 2021 at the Mindfield Film Festival in Albuquerque.