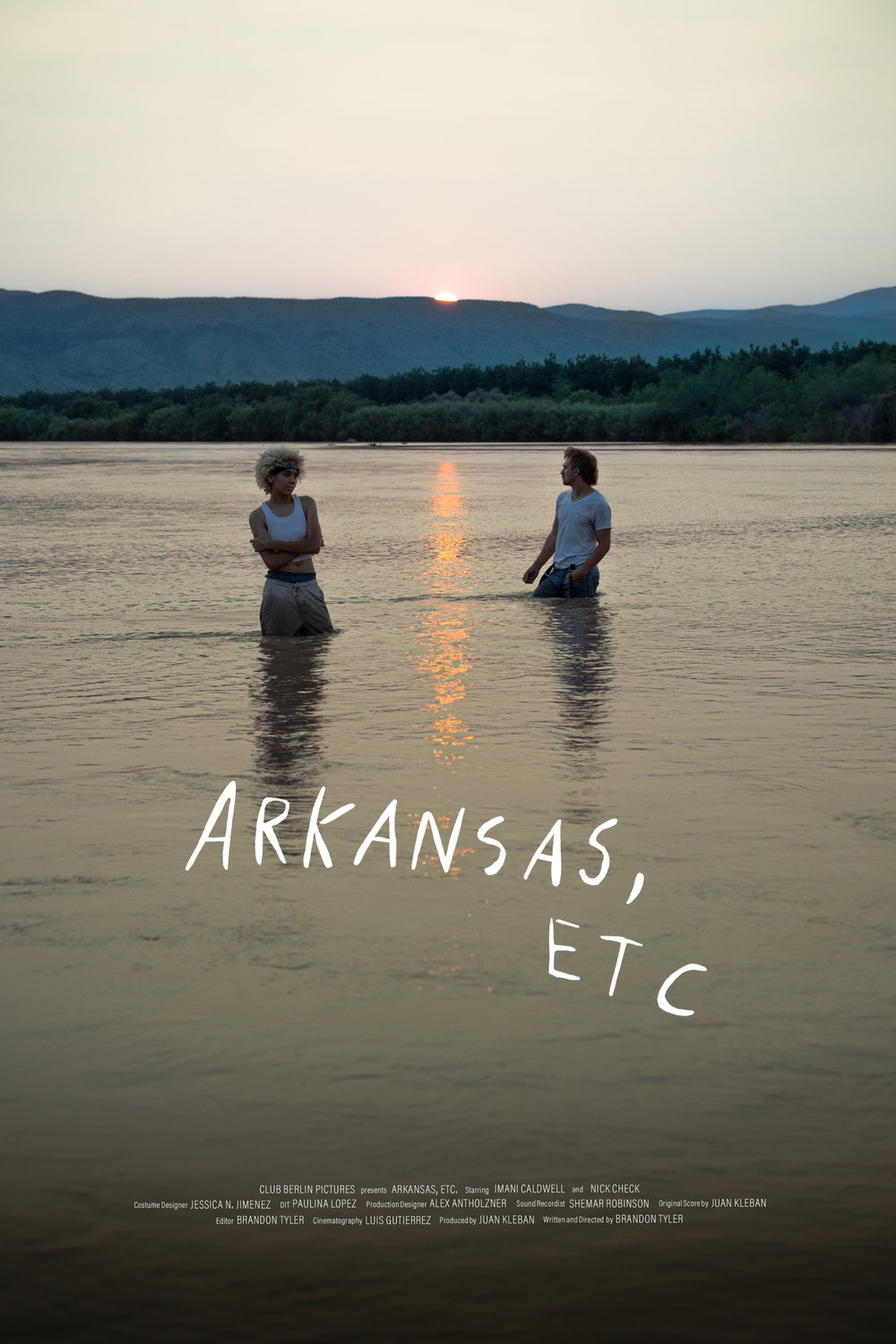 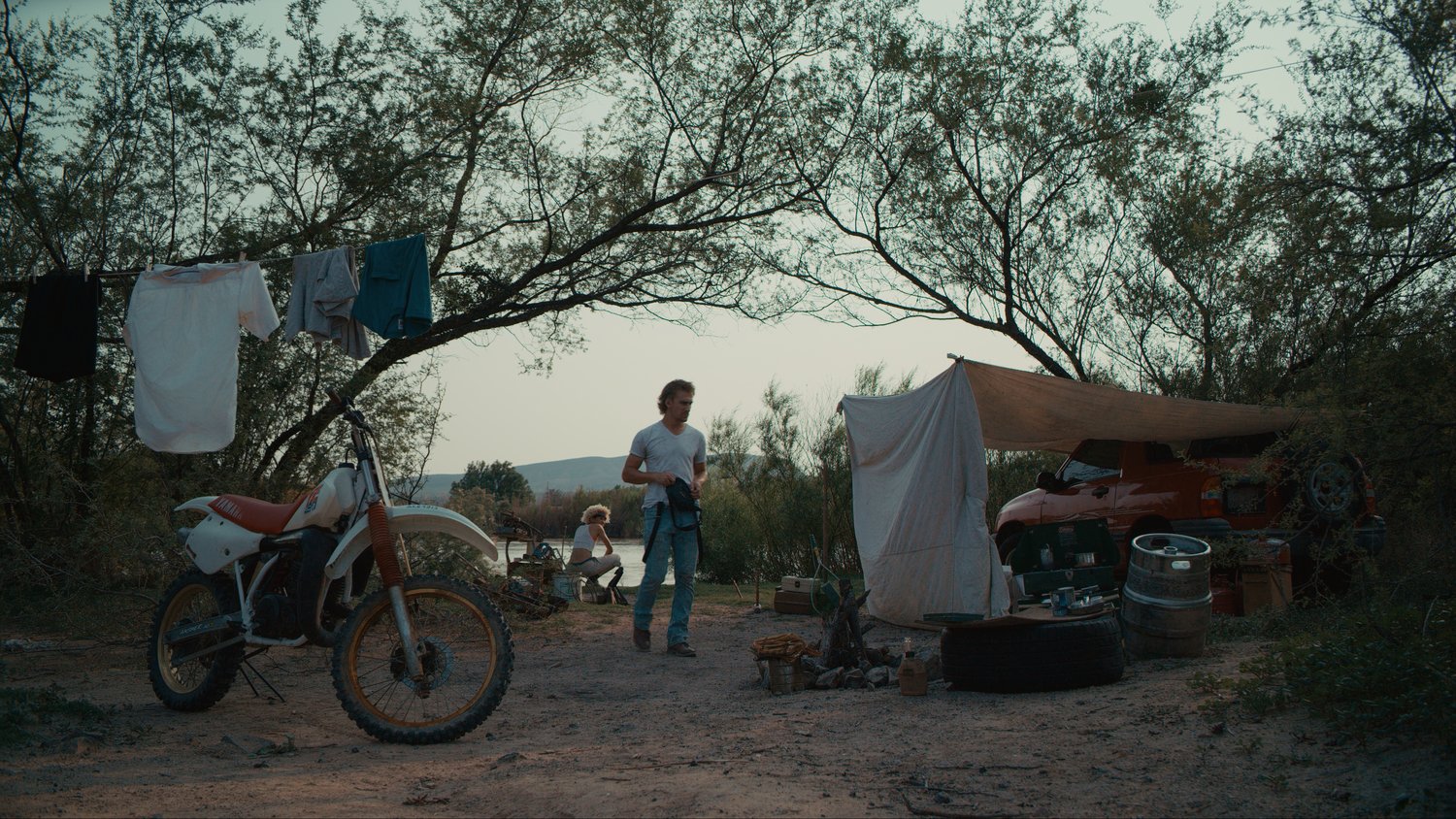 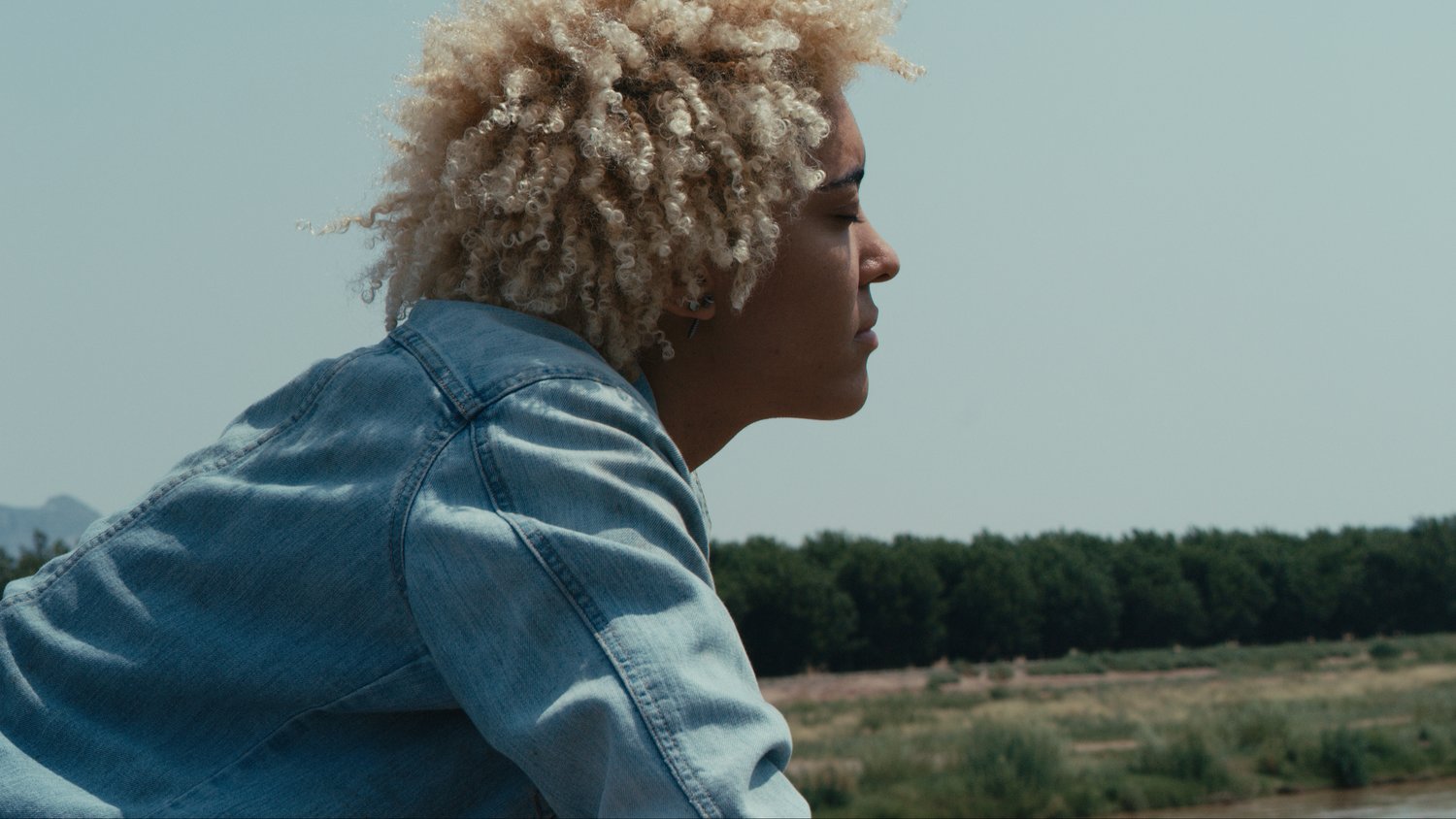 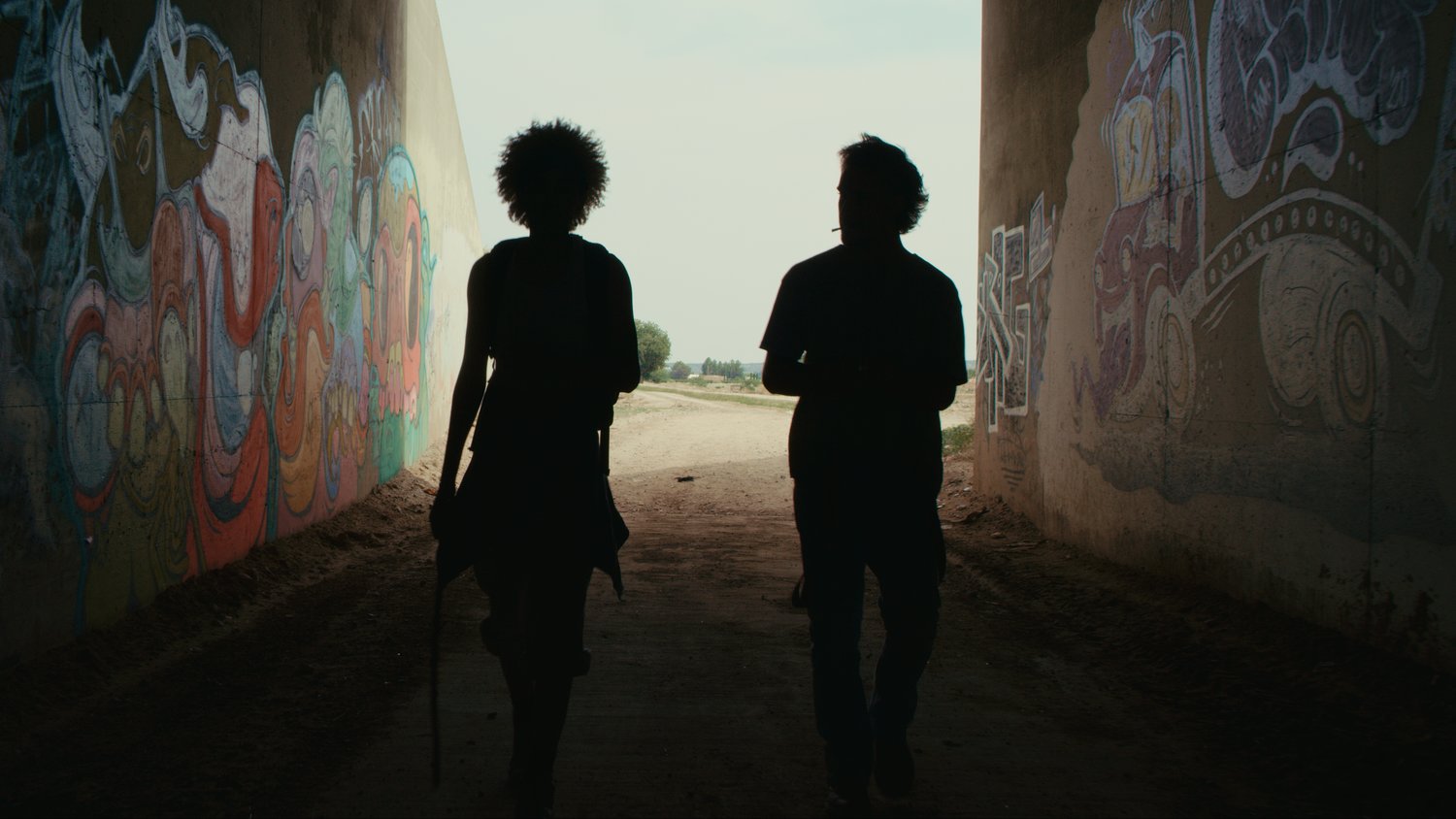 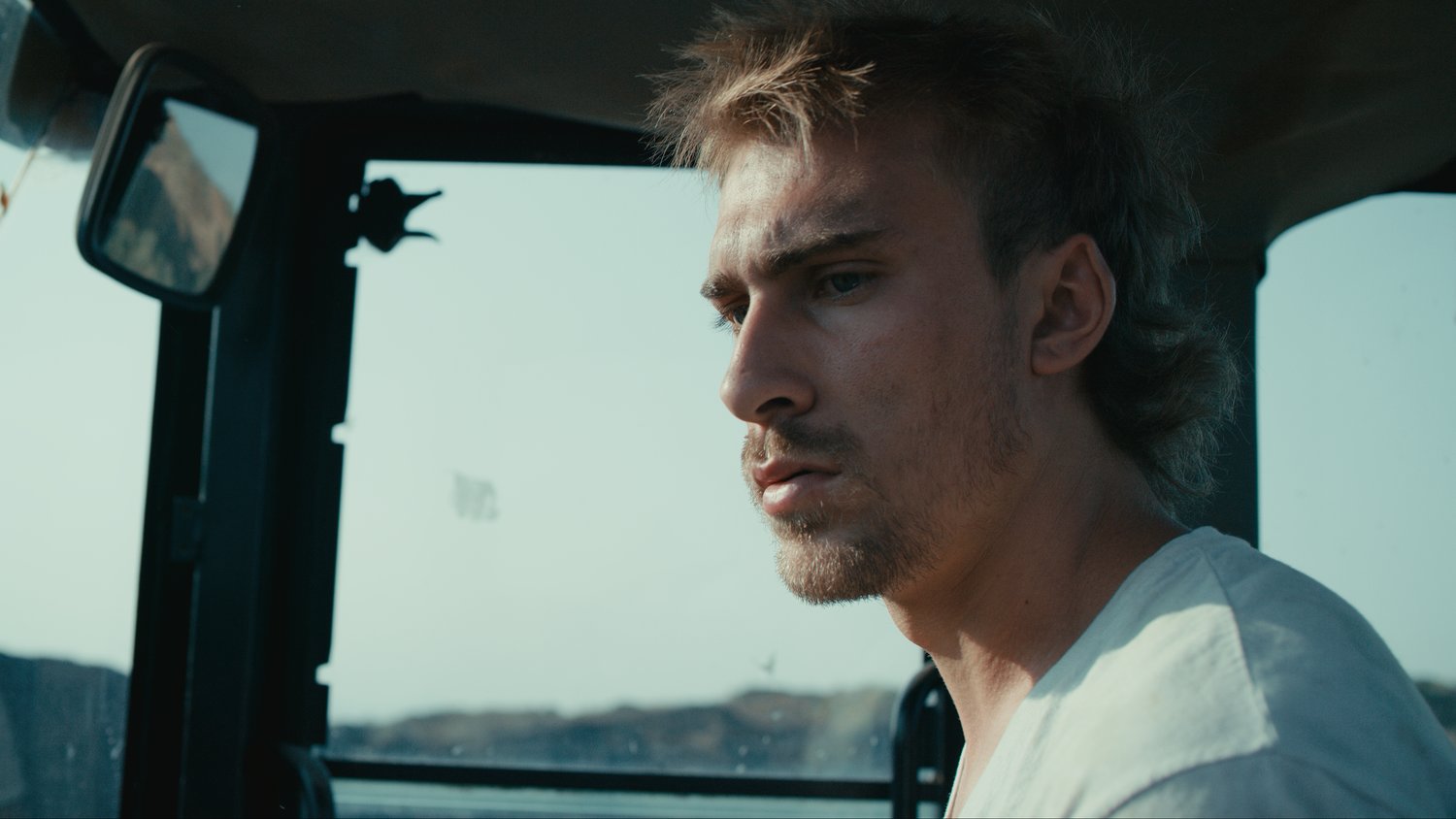 Las Cruces filmmaker Brandon Tyler has completed his ninth short film, “Arkansas, Etc.,” and is continuing to submit the movie to film festivals across the country.

When asked what inspired him to create “Arkansas, Etc.,” Tyler said, “The work is the only possible expression of the impulses behind it. If I could reduce it to some message in clear language, I would not have felt the need to make it into a film. I don’t think the purpose of a story is ever to show a truth known in advance. Perhaps it is to suspend a kind of truth to make way for something else.”

Making “Arkansas, Etc.,” he said, wasn’t about “happiness, or pleasure or self-gratification. The work is difficult, and should demand something of you. It is a debt you owe to the story. Your relationship to it changes over time, but you always have a debt. If you are true to it, then the impulses at the start show up at the end for you to recognize and be free of. It can be rending, be miraculous; and there are moments of sheer joy, of wonder.”

Tyler, who graduated from NMSU with a degree in philosophy in 2019, took his 2018 short film “Good Night” to the Cannes Film Festival as part of the festival’s Short Film Corner. Check was also in the cast of that film.

“I had a cast and crew that went above and beyond in the highest regard,” Tyler said. “Without them the film would be nothing. Because of them I have the potential for an audience, without whom I am nothing. To all those who played a part in this film, it looms with you.”

Although he has no formal training as a filmmaker, “I consider making films a great privilege,” Tyler said.
“I will continue as long as I can.”

“Making the movie was a mixture of, on one hand, getting together with friends and doing what we love and just sort of hanging out, and on the other, noticing that these people I’ve known for a few years are true professionals to the core,” Check said.

“Everyone on the team was someone I had met and worked with before in some small capacity and to be able to work with trusted and familiar faces is amazing,” he said, “but then to also be able to notice like, ‘holy cow, these people really know their stuff,’ like with Alex’s (Antholzner) attention to detail in props and scenic design.”

As an example, Check said, his character, Dalton, “has an Altoid can that he carries with him 24/7, and it holds a few of his cigarettes, his lighter and occasionally some spare change. It’s briefly seen in one scene with Imani where Dalton gives her some medicine, but it’s dented and worn and scratched, and it’s truly beautiful that that detail was spread to every single thing.

“And that’s only one of the crew members,” Check said. “Luis’ cinematography was outstanding – the look of the film and how the shooting flowed during the week of shooting was incredible. As an actor, his work and attention to detail made me confident that there was never something – I, any other actor, or the world around us – that wasn’t captured in its best light and purest subject form, and I think that shows in the final cut.

“Something that was a first for me was working directly with a producer, Juan Kleban, and it was actually very interesting to see someone who was working side by side with Brandon to not only develop the film, but to challenge the director in all of his choices to produce something better,” Check said. “He was wonderful to work with and it was reassuring to know that there was another set of eyes on the project holistically going, ‘How can this get even better?’ and then making that happen.

“Shemar (Robinson) is someone I’ve worked with on a handful of small projects and he’s a professional through and through; you never ever notice that he’s done his job, and that’s a good thing,” Check said. Sound can and does make or break films, and he got it all and then some, without skipping a beat, he said.

“Jessica (Jimenez) was incredible from not only from her perfect choices for our costumes, but also in the detail there, from the torn shirt pockets to the shades of green, to the divot of Dalton’s pants where his Altoids can has worn through,” Check said. “She also surprisingly did the intimacy coaching for the film, and having that as just an option was great, but she took it a step further in her execution of that role and made it something remarkable.”

Check said he and co-star, Imani Caldwell, had worked together on the 2019 film “Yuri.”

“She was great then, but she’s only gotten better,” he said. “Something that always strikes others and definitely was something that stood out to me in the film was her eyes. They have something to them that just really pops on screen and they drag you in to her story individually where her talents give the whole performance a beautiful wholeness that feels so real and raw, and when the camera wasn’t rolling it was awesome to get to just chat and talk about music tastes with her and see where she’s at in her career.

“Brandon has been a friend and director colleague of mine for about four or five years now, and before I ever met him I knew I wanted to work with him, and then after I worked with him for the first time on ‘Waiting for a Train’ (2018), I knew I had to do it again,” Check said. “Something that always strikes me about his films is the script being so vastly different from everything else you’ll see here in Las Cruces. It’s never another Western or odd horror taste/take, but something that makes your brain really engage and want to decide what the message really is, what’s really going on here in this movie.”

From the moment he read Tyler’s “Arkansas, Etc.” script, Check said, “I was like, ‘Brandon, I want this role.’ And the rest is history. Something I always say to Brandon, and that I definitely want to share with the rest of the cast and crew, is that they never cease to inspire me as professionals, but also just as wonderful human beings.”