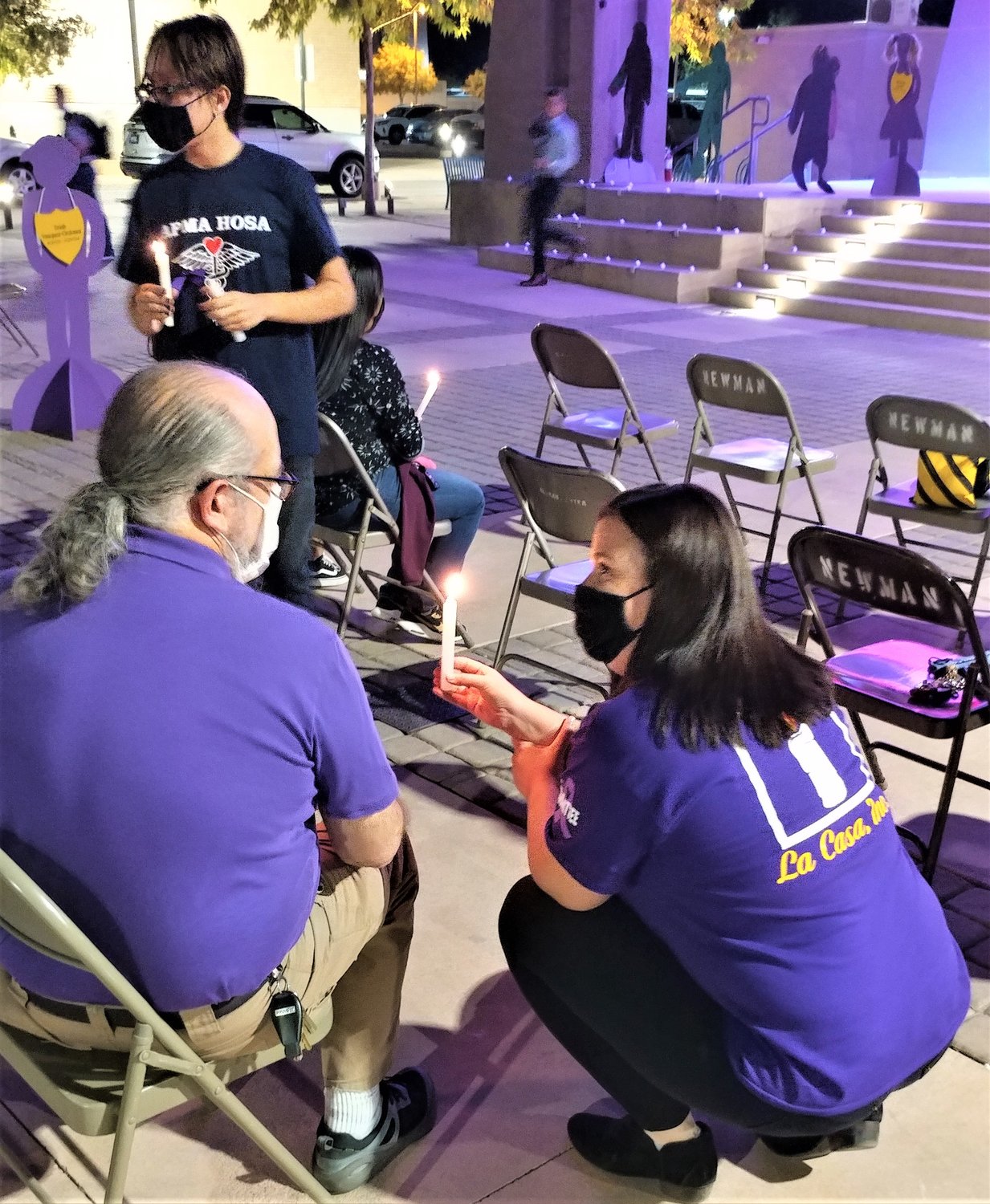 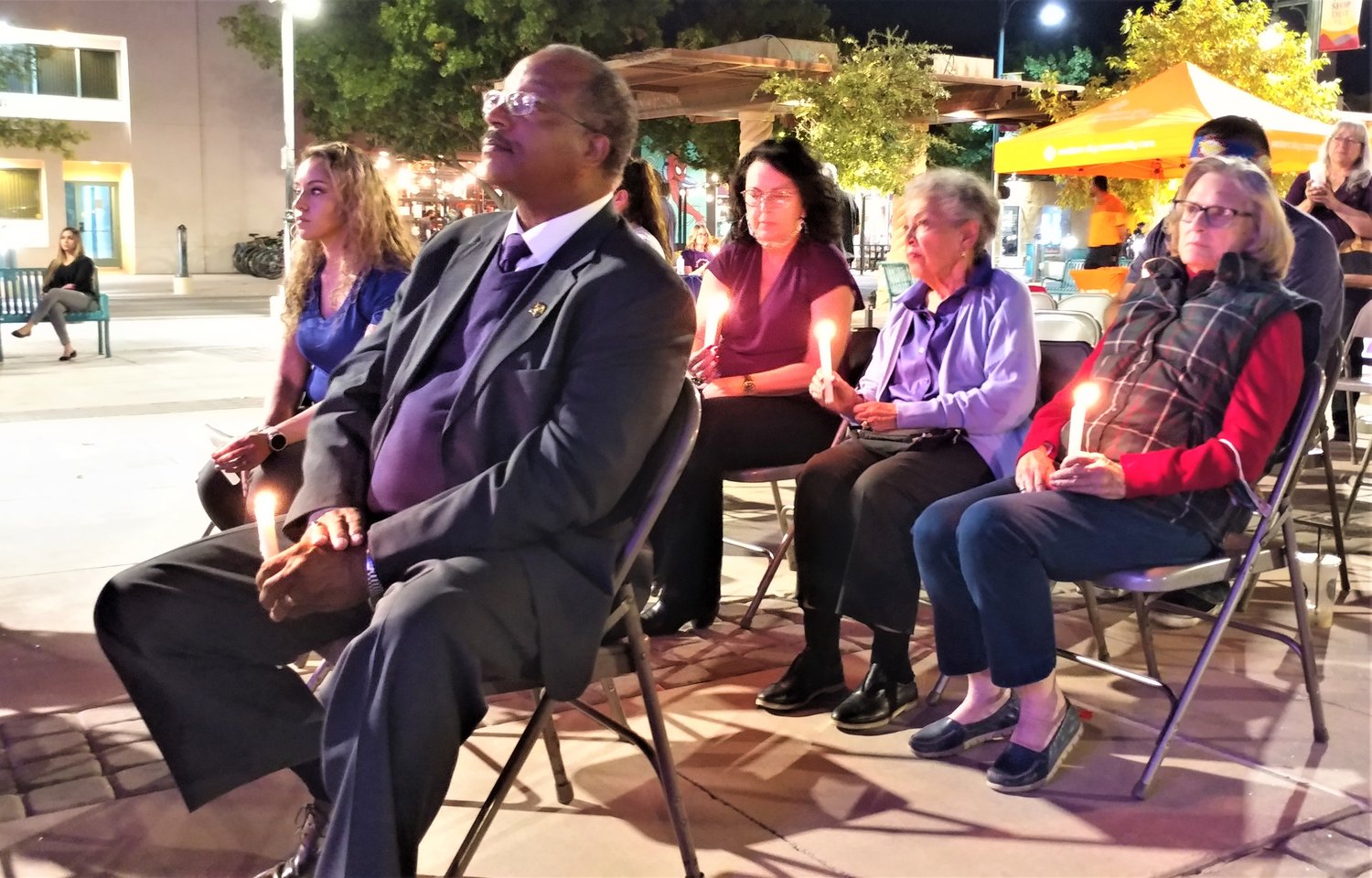 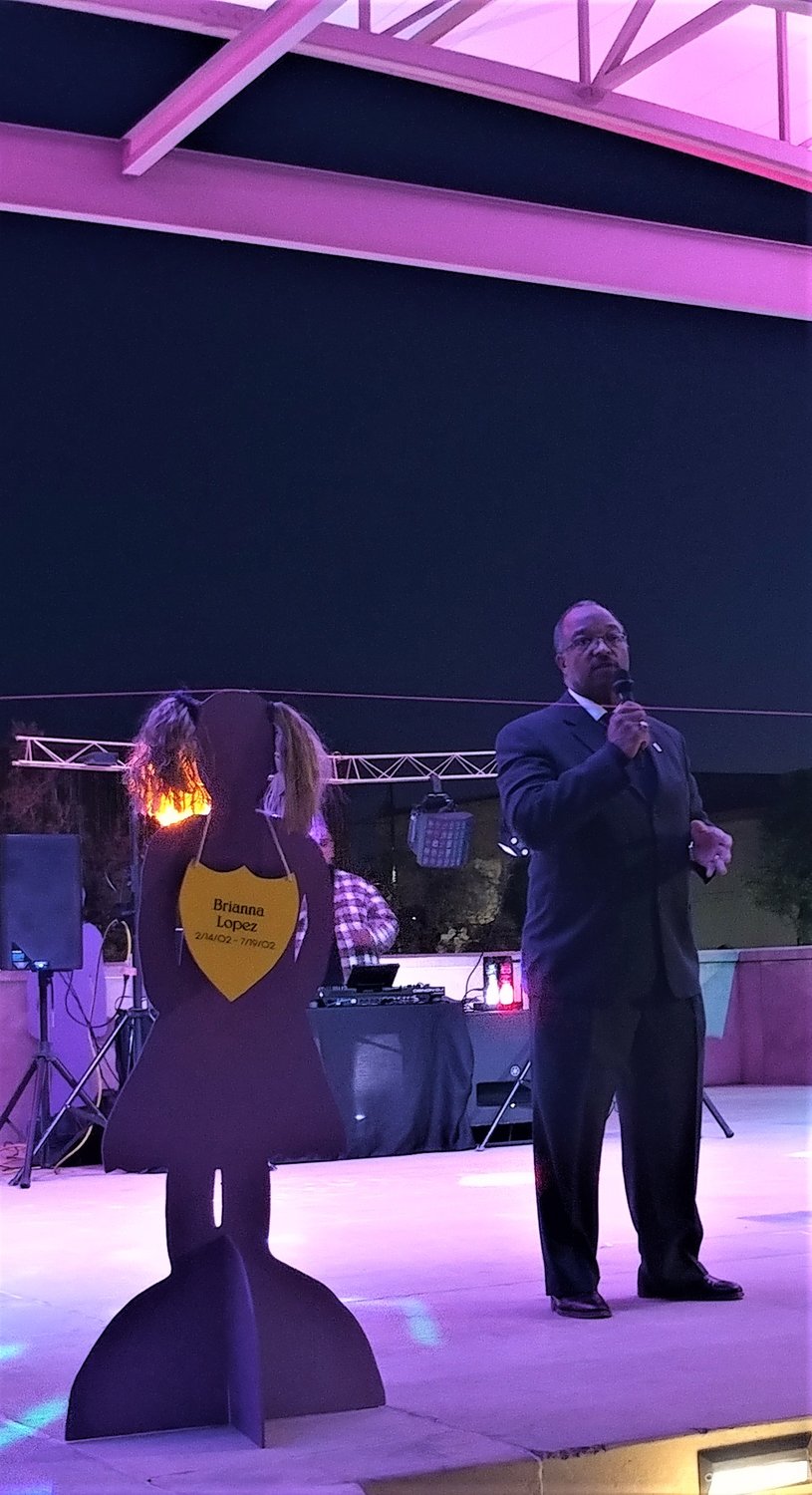 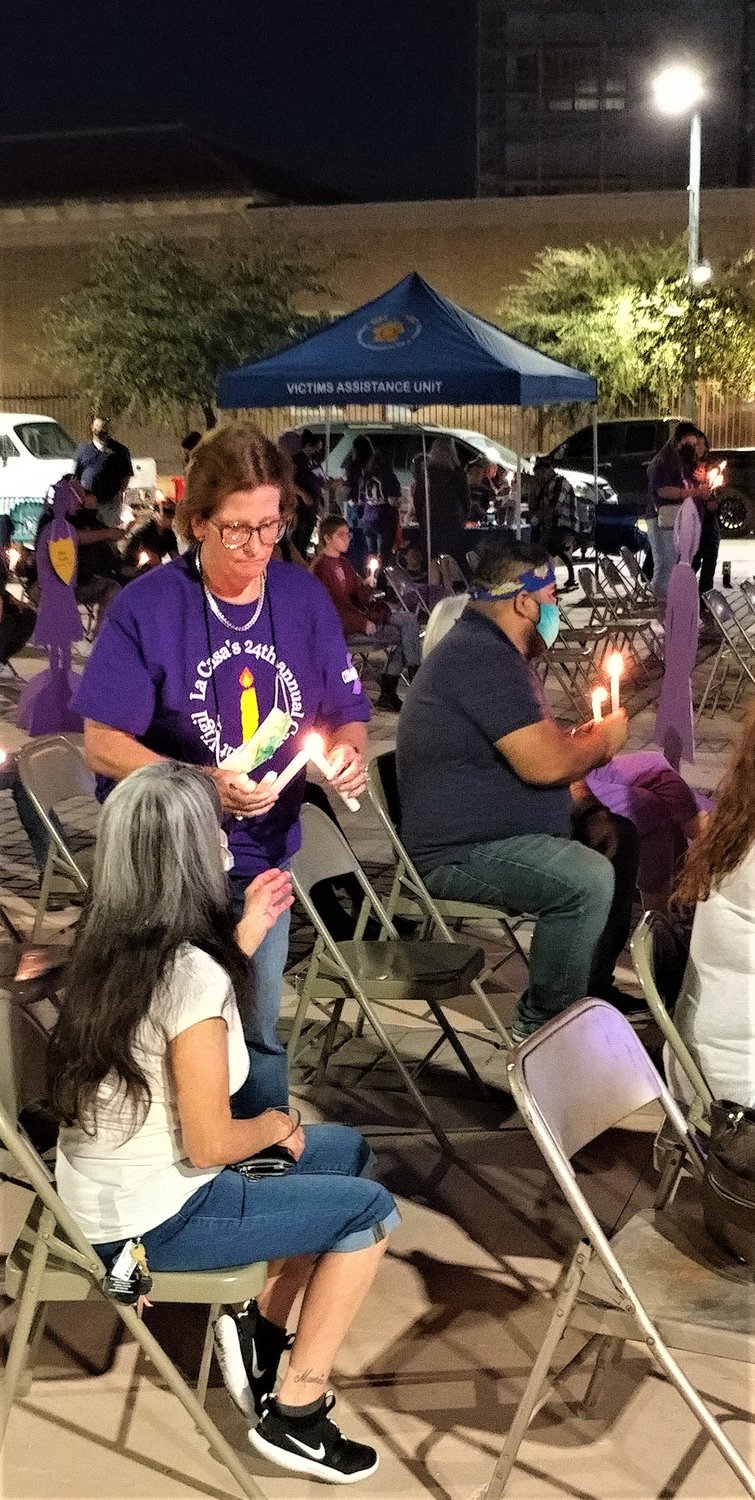 “I want you to know you are not alone and together we can make a difference,” Anthony, New Mexico Chief of Police Vanessa Orduñez said at La Casa, Inc.’s 24th annual Candlelight Vigil honoring the victims of domestic violence in Doña Ana County.

The ceremony was held Thursday night, Oct. 21, at Plaza de Las Cruces, with purple lights aglow at the plaza stage (and at Las Cruces City Hall) in honor of victims and survivors of domestic violence.

“We have to be empathetic to one another because we are all in this together,” County Sheriff Kim Stewart said, adding that the sheriff’s office receives more domestic disturbance calls than any other type of call.

Orlando Jimenez sang as candles were lighted by La Casa employees and volunteers and handed out to those in attendance to honor domestic violence victims and survivors.

La Casa was founded in 1981. Its emergency shelter, open 24/7, houses up to 90 people. The shelter and La Casa programs serve many hundreds of men, women and children every year.