Julian Alexander teaches in London, tells stories around the world, keeps coming back to Las Cruces 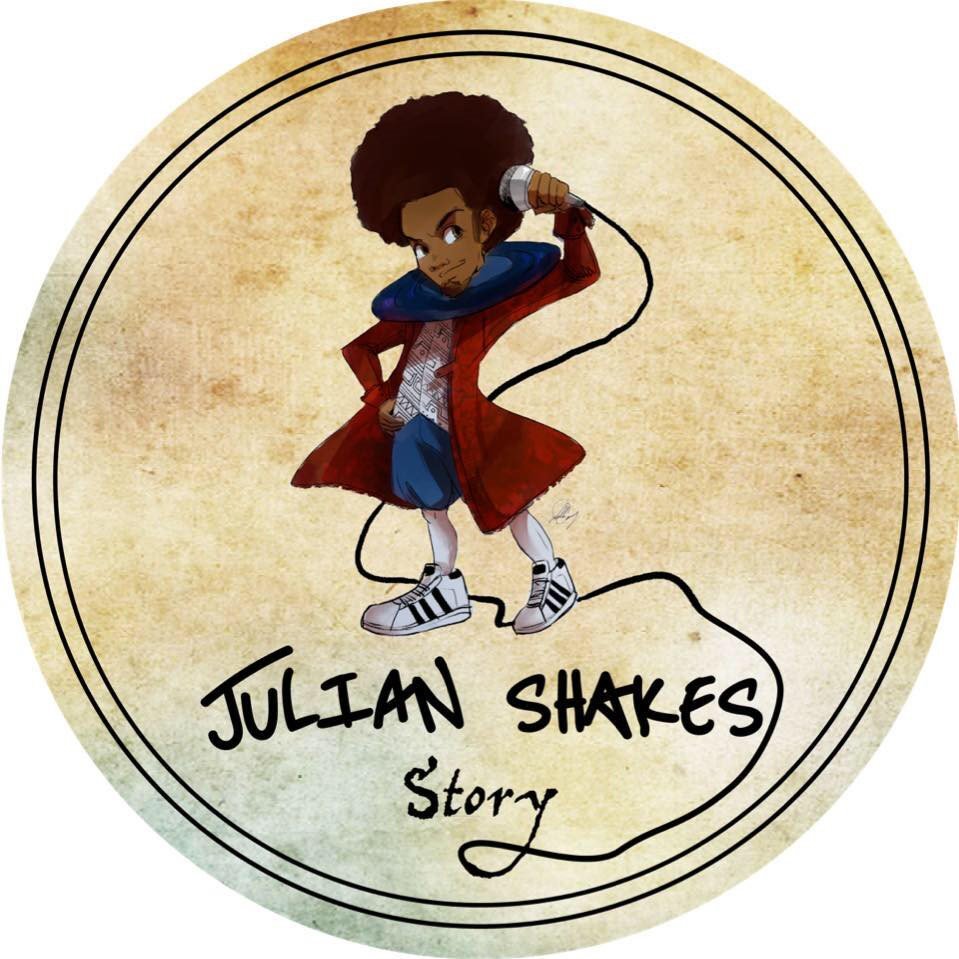 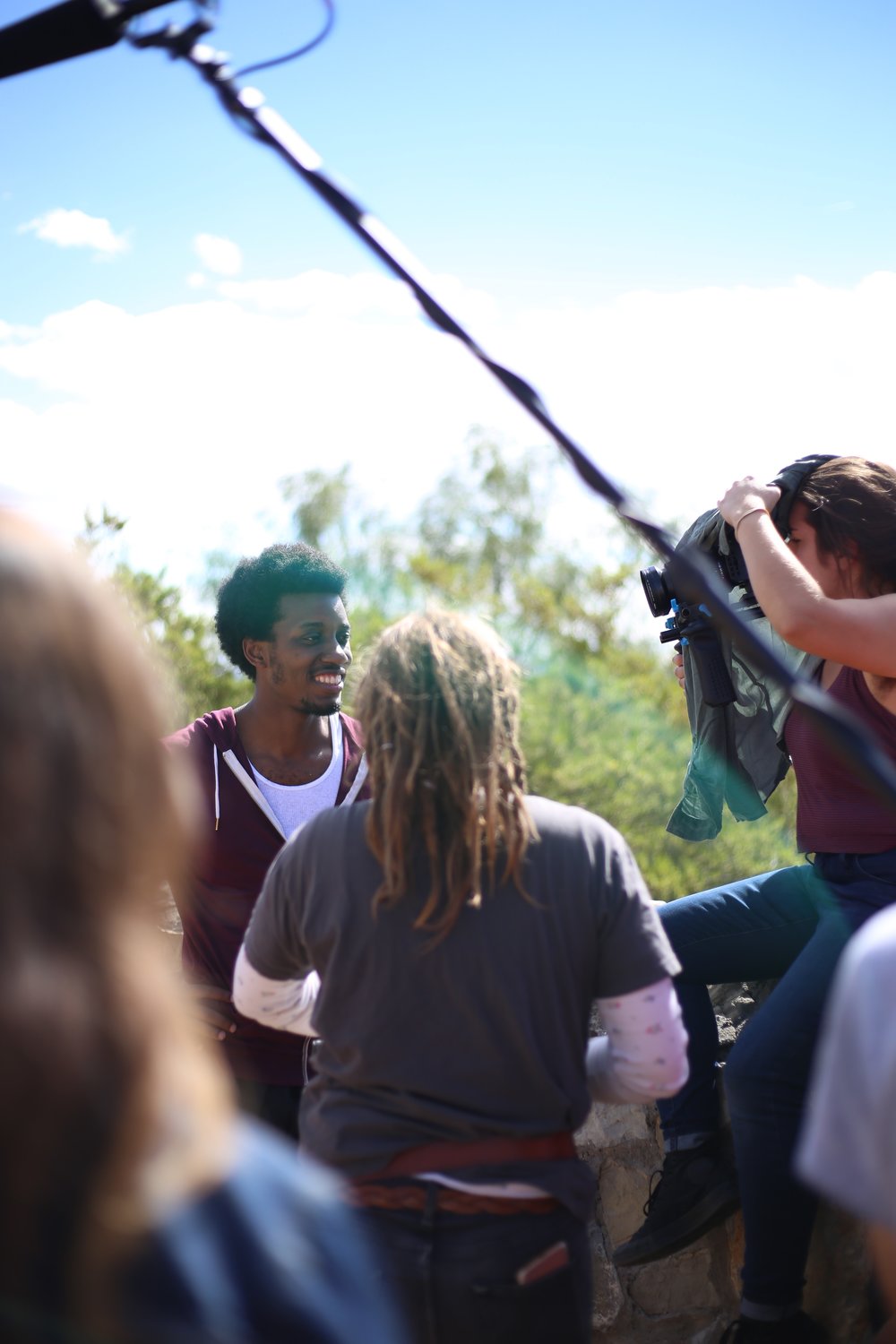 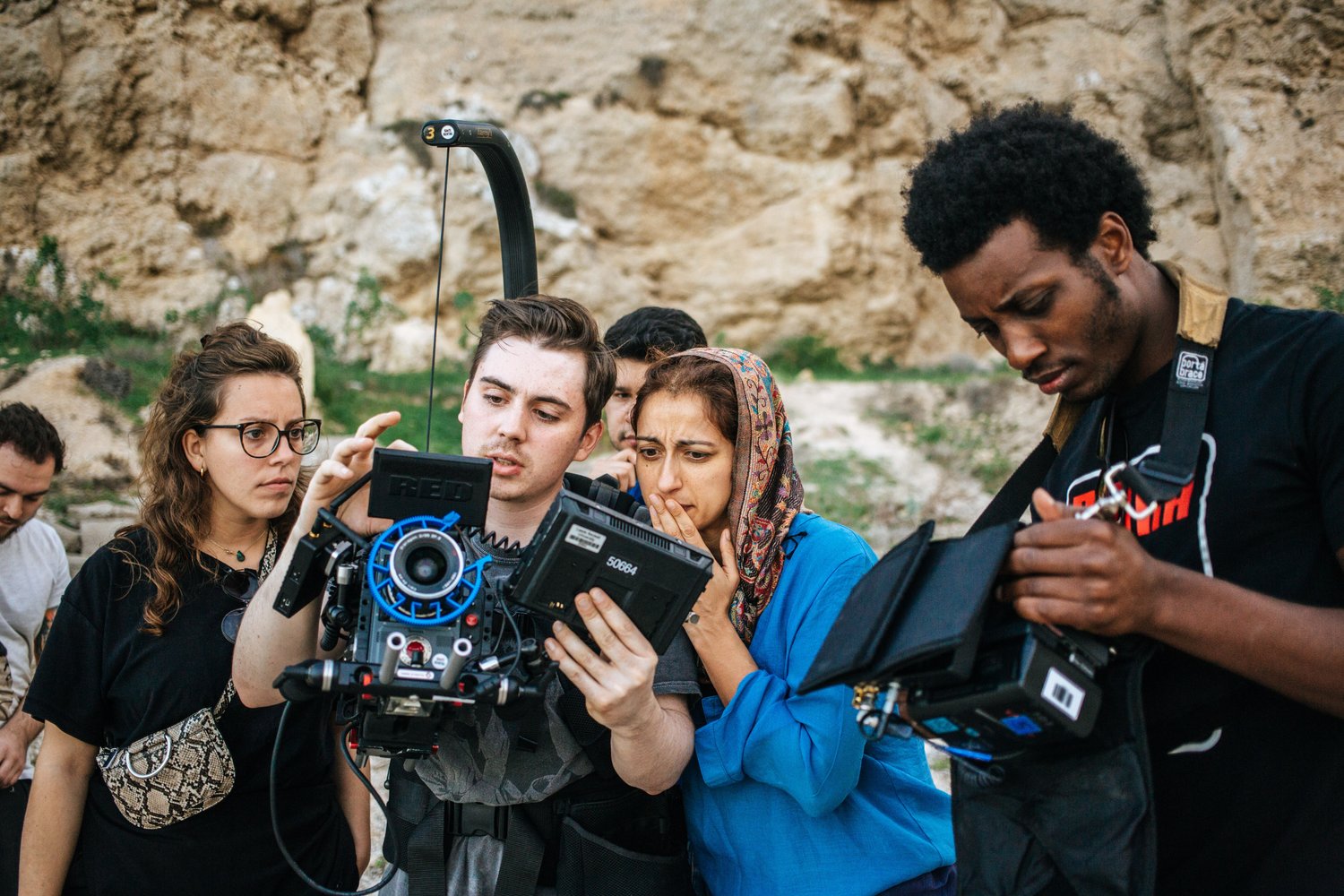 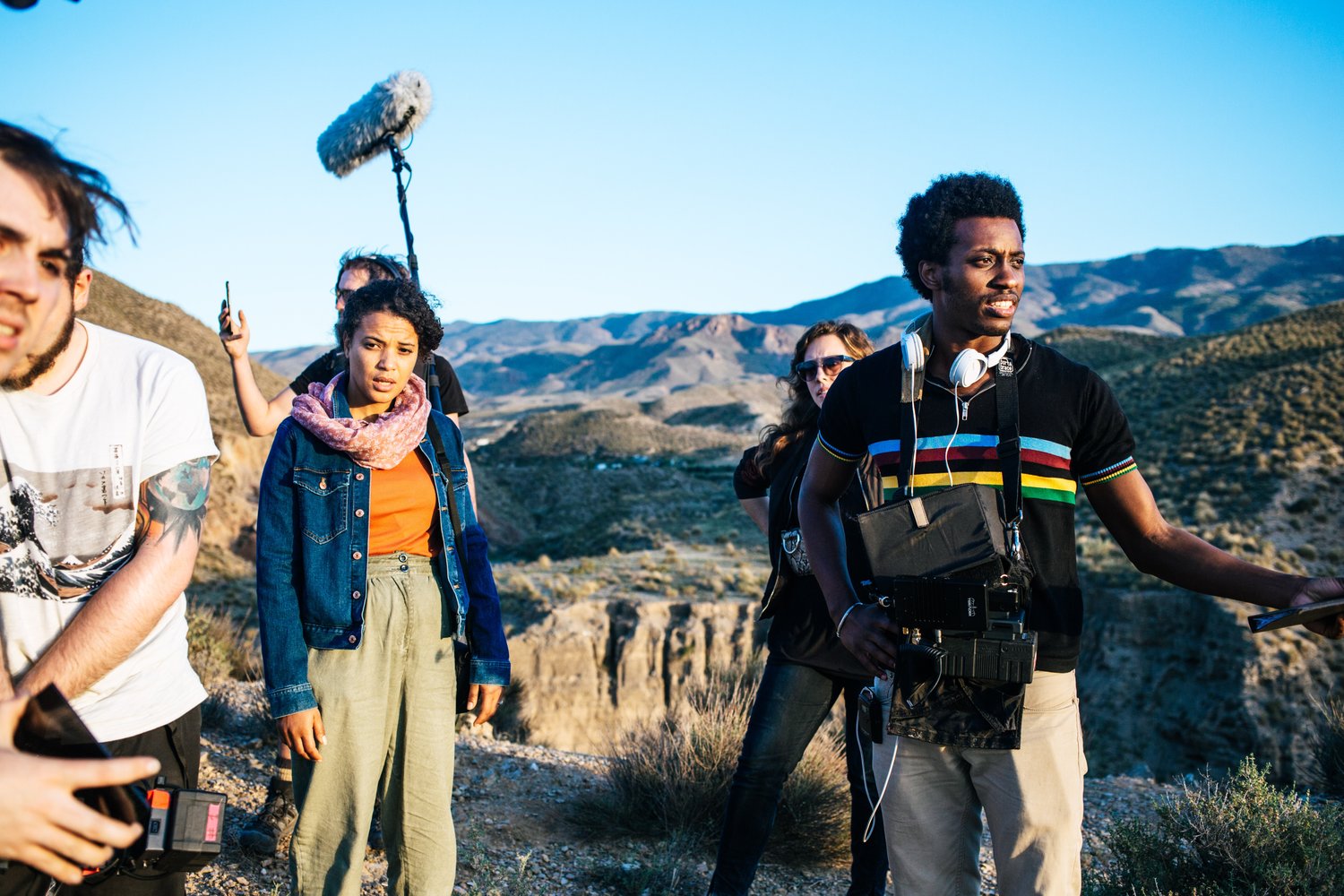 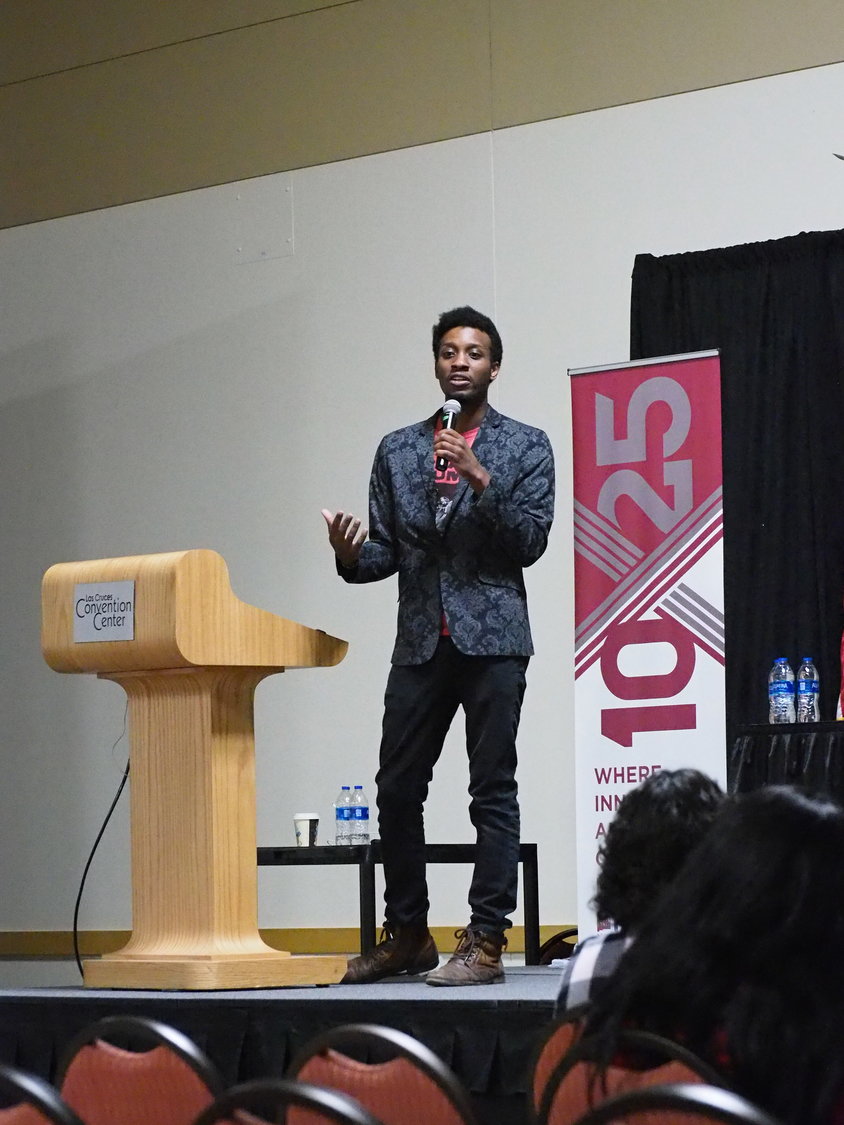 You could call Las Cruces High School and New Mexico State University graduate Julian Alexander a renaissance man, a jack of all trades, a polymath. Or you could just say he is a talented and daring actor, writer, director, filmmaker, storyteller and entrepreneur.

“I want to be ready for anything,” said Alexander, 29. “Every time life gets hard, I think about … all these things I love.”

Alexander has served as an adjunct and a visiting assistant professor at NMSU and as an adjunct at El Paso Community College. He currently is a full-time lecturer in film production at the University of East London, where he is also pursuing doctoral studies that focus on “using rap as the primary storytelling tool on screen,” or what Alexander calls “The Cinematic Hip-Hop Narrative.” He also has a BA in digital filmmaking from the Creative Media Institute at NMSU and an MFA from Leeds Beckett University in London.

Alexander has lectured and presented live and online about poetry, theater and filmmaking at public schools, colleges and universities in New Mexico and several other states and internationally, and has performed his own material as well as works by William Shakespeare, Harold Pintar, Samuel Taylor Coleridge, Edgar Allan Poe and others for audiences in Las Cruces and around the world.

And, even though Covid-19 interrupted the creative process, he has a number of projects in the works.

“For the last couple years, I’ve been developing and performing a lecture series titled ‘Shakespeare Was A Rapper,’” Alexander said. “It’s a project now where I take all the research from my Ph.D. and deliver it in fun and entertaining ways with students and younger audiences in mind. JulianShakesStory is my new initiative where I continue to make classic literature and hip-hop more accessible on both sides of that bridge.”

A native of Norfolk, Virginia, Alexander moved with his parents to Las Cruces in 2007 and lived here for nearly a decade.

“I love Las Cruces,” Alexande said. “Las Cruces taught me everything about movies. It’s a place that fosters creativity and allows you to challenge yourself. It’s such a supportive community.”

And he keeps coming home.

Alexander co-coordinated the City of Las Cruces Juneteenth Jazz Festival last summer; he produced and acted in the return engagement of “Othello: The Remix,” which he and fellow actors Josh Horton, Juan Apodaca and Mark Katanga also performed in Santa Fe, in August; he co-hosted a poetry slam at Art Obscura Gallery in Mesilla Park; and he emceed and presented at Doña Ana Community College’s 10x25 Conference for creators, innovators, educators and entrepreneurs in October.

Alexander has also made a number of successful and award-winning movies, including some he shot in Las Cruces, like “Beat Blue,” which was also filmed in Mesilla and Albuquerque. His film “Buffalo” was featured in the 2016 Cannes Film Festival Short Film Corner. “Leo,” a short film he shot in England and France, took the top spot in a number of international film festivals.

Alexander’s most recent short film is “Layla, At Last,” which he wrote and directed. It was filmed in Spain and Morocco and funded by the Sharjah Art Foundation in the United Arab Emirates, where the film premiered in 2019.

Alexander wrote, directed and starred in the 2019 digital series “Bad Juju,” for which he received the rising star award at Spain’s Bilbao Seriesland Festival and earned a best actor nomination.

Alexander also continues to work with his parents and godmother as part of Alexander Consulting and Training, a long-time family-owned company, and Diversity Decoded, which his family founded in 2020 “to help HR practitioners recognize and respond effectively when they encounter DEI (diversity, equity and inclusion) opportunities and challenges,” according to www.diversitydecoded.com.

His parents, who now live in Washington, D.C., “grew up in segregation” in Mississippi and North Carolina respectively, Alexander said, and he has incorporated their life experiences and his own into his classrooms and onto the stage and screen in his plays, poetry and films.

His goal as a storyteller and filmmaker is not to tell just one side of a story, but to show that “there’s a complete story,” he said.

“My mission is to lift up the forgotten stories of the Southwest and shine a light on the incredible history of the Black people in the Southwest, the tribes and indigenous communities and other minority groups that have been erased through history,” Alexander said.

“My mentors in Las Cruces are the ones who inspired me to go to England, and they’re probably the reason I keep coming back,” he said. “I go to my old schools and love letting students know that there are opportunities to exist elsewhere, but that doesn’t mean you have to leave forever. Leave and return with new information that inspires others around you to explore as well. As creative people, that’s necessary. Our job is to make up imaginary worlds and characters, an impossible task if our perspectives are limited.”