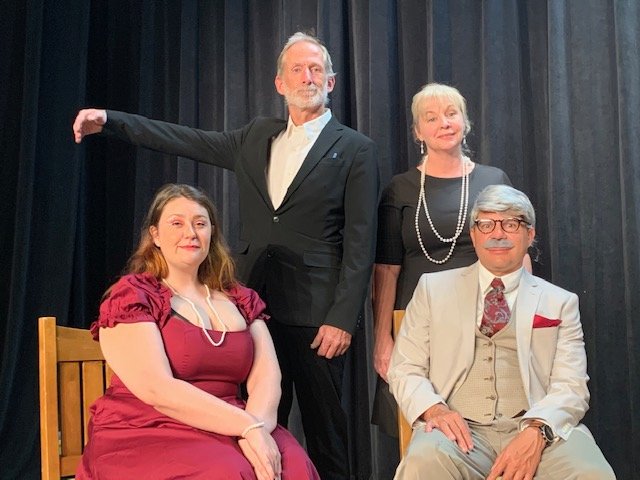 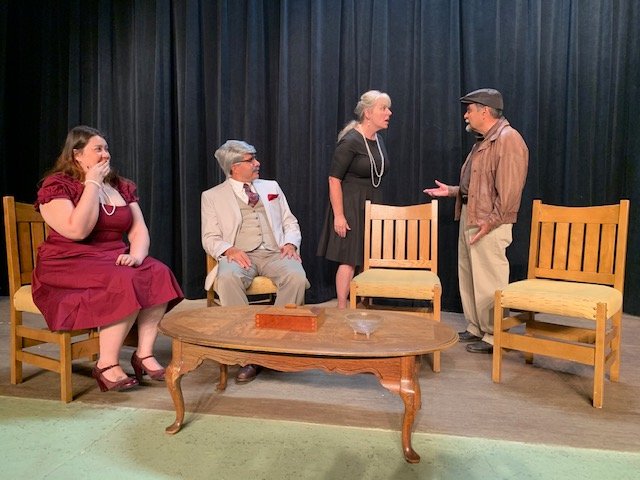 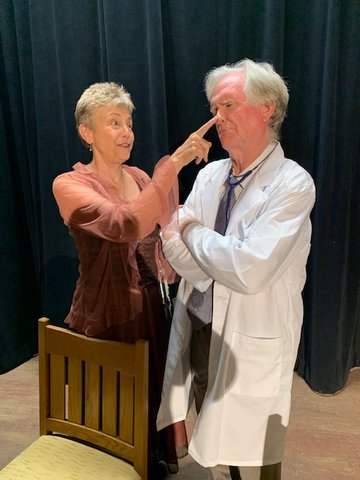 Las Cruces Community Theatre’s production of “Harvey,” which opens Friday, Aug. 20, at LCCT and continues for three weekends, is a true family affair. The cast includes two sets of real-life husbands and wives, and the play’s director and another cast member are mother and daughter.

Brandon Brown has starred in some of the most popular shows LCCT has ever presented, including “White Christmas,” “I Love You, You’re Perfect, Now Change” and “The Wizard of Oz.” For the New Mexico State University Theatre Department, he has recently appeared in “My Fair Lady” and “The Drowsy Chaperone.”

Lennie Marie Brown has been doing shows at LCCT since 1993, when she was the princess in “Once Upon a Mattress.” She also performed in the starring role in “Glorious! The True Story of Florence Foster Jenkins, the Worst Singer in the World.” Most recently, she played Mrs. Parker in LCCT’s production of “A Christmas Story.”

Edwards’ credits include being in the original cast of Mark’s Medoff’s Tony-winning play, “Children of a Lesser God,” when it premiered at New Mexico State University in the late 1970s. Most recently, he appeared in LCCT’s production of “Noises Off.” Edwards has also appeared in many local and regional films and has written his own screenplay, “Caprock.”

Murrell acted in "Scenes from Caprock," based on Edwards’ screenplay, at LCCT in 2019. She also performed in Las Cruces theater company lo-fi productions’ “Circle Mirror Transformation” and “August, Osage County” (which also co-starred Edwards). Murrell also has performed with Doña Ana Lyric Operation and No Strings Theatre Company at Black Box Theatre, including performances in “A Delicate Balance” and “Collected Stories.”

“Harvey” is Gail Wheeler’s 33rd production at LCCT  -- 10 other shows she has directed and 22 she acted in.

Her acting credits also include “Death of a Salesman” for lo-fi productions (which starred David Edwards as Willie Loman), and “Firebugs,” also co-starring Edwards and directed by the late Dick Rundell. At LCCT, Wheeler’s directing credits include “Belles” and “Mr. Roberts.” She acted in lo-fi productions’ “August, Osage County” and “School for Lies.”

Wheeler Larkin starred in “Weighing In,” written and produced by Monika Mojica at Black Box Theatre, and was in “Frankenstein” at New Mexico State University’s Reader’s Theatre.