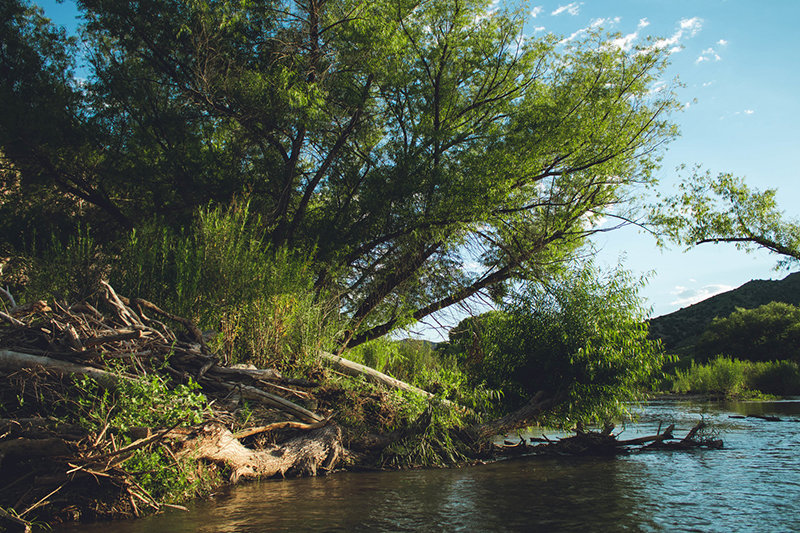 A proposed constitutional amendment making clean air, water and land a fundamental right for all residents of the state, both current and future, has cleared its first hurdle with a 7-4 vote Monday, Feb. 8, in the Senate Rules Committee.

Senate Joint Resolution 3, the Green Amendment, would flip the default position now in place when establishing legal priorities, and ensure protection of the environment gets top priority, said Sen. Bill Soules, D-Las Cruces, one of the sponsors.

“The right to a healthy environment is paramount. Without a planet to live on, all other rights are irrelevant,” said Kevin Bixby, executive director of the Southwest Environmental Center in Las Cruces and an advocate for the amendment. SJR3 now goes to the Senate Judiciary Committee. If passed by the Legislature, it would still need to be approved by the voters in 2022.

Legislation by Senate Minority Leader Greg Baca, R-Belen, to restrict the governor’s authority to address the COVID-19 pandemic passed the Senate House and Public Affairs Committee last week after significant changes to the bill. It now goes to the Judiciary Committee.

“We are almost 11 months into the governor’s public health emergency declaration with no apparent end in sight,” Baca said. “Thousands of New Mexicans are now out of work, hundreds of businesses are closed and we still do not know when our children will be able to go to school. Whether you support the heavy-handed actions of our governor or not, most would agree that no single elected official should have this much power.”

Legislation to remove the protection of qualified immunity for government employees accused of civil rights violations passed the House Judiciary Committee on an 8-4 party-line vote Monday, and is now eligible to be heard by the full House.

The committee substitute for House Bill 4 sets a cap for judgements at $2 million. The government agency would be held liable for acts committed by its employees, but the person committing the violation would not be liable.

The bill was recommended by a new civil rights commission formed by Gov. Michelle Lujan Grisham last summer following social justice protests in New Mexico and around the world. Doña Ana County Sheriff Kim Stewart and Third Judicial District Attorney Gerald Byers both served on the commission, but opposed its recommendation. They argued that lawsuits were not the best way to achieve needed police reform.