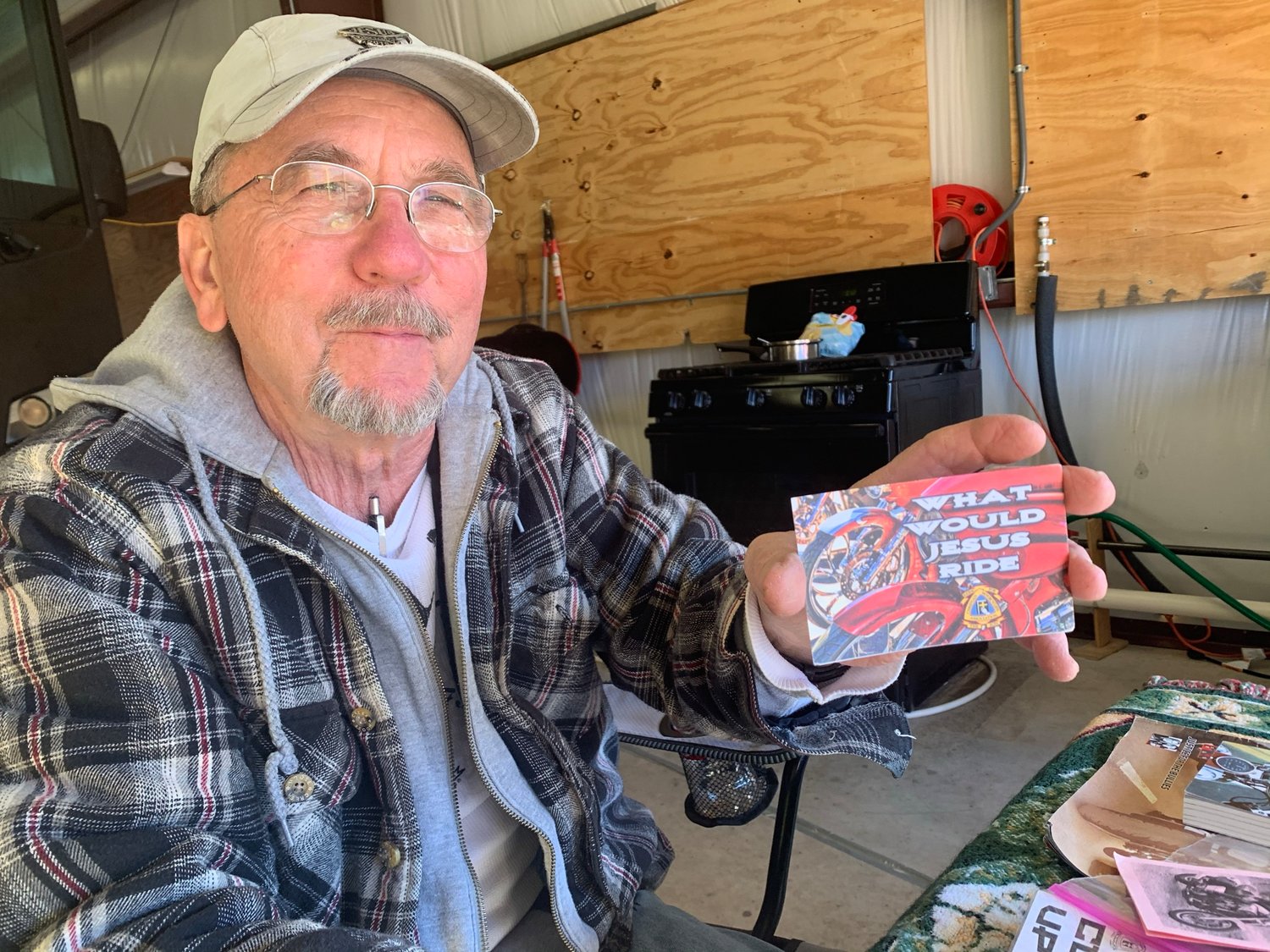 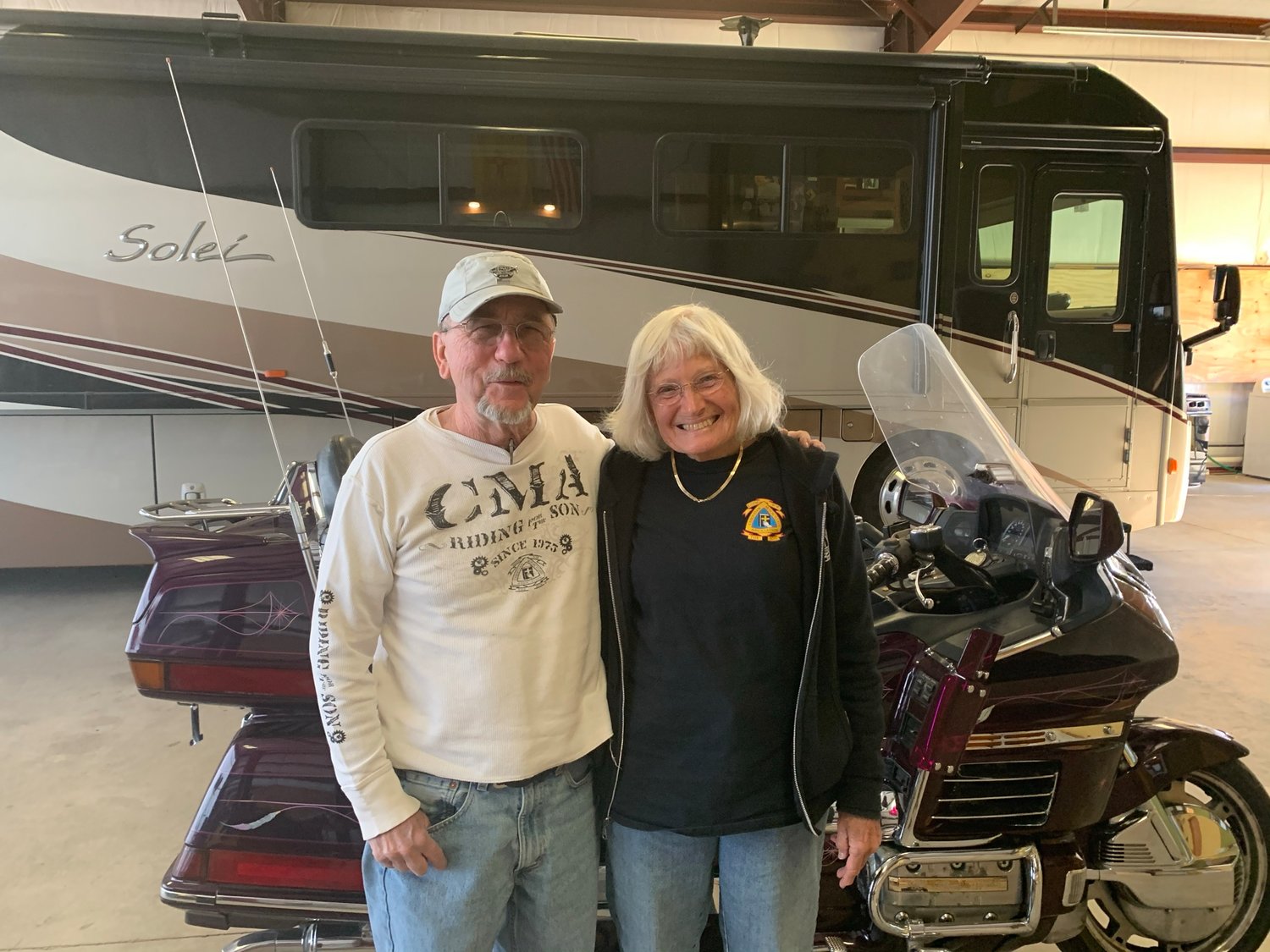 Traveling and helping are virtually a career for Tommy and Kathy Tucker, who recently relocated themselves to the Mimbres community in Grant County.

The couple have been traveling in their RV and visited every state but Alaska so far. They were headed to Florida from their last stop in Little Rock, Arkansas when they managed to land in New Mexico.

In 1970, after getting out of college he and a friend road their motorcycles from “DC to LA” and his love of the road kicked in. He said while he never got into the hard stuff, he did his share of “doping and drinking.”

“I don’t know why God spared me,” he said. “But I never really rode with the Hells Angels or the Pagans.”

Today he and Kathy follow the road still, mostly in their RV. They have been in the Christian Motorcyclists Association (CMA) for 16 years and, as part of the SOWERs ministry, Servants on Wheels Ever Ready, they park their RV at youth camps and help out with the necessities for 6 hours a day in exchange for camper sites.

When they visited New Mexico and found out CMA wanted a presence in Grant County, the couple determined to build a chapter here. They bought a house, actually an apartment with an airplane hanger where they parked their RV and moved to Mimbres.

“We are evangelistic,” Kathy said. “We are what we are.”

“We think God put us here,” Tom added. “Actually, we know he did, pretty much beyond a shadow of a doubt.”

Tom said the purpose of CMA can be described by a vision statement taken from the Bible, Luke 14:23.

“Go into the highways and byways, make them come in so that my Father’s house may be full,” he paraphrased, saying that is the thrust of the spiritual vision of CMA.

Back in 1975 Herbie Shreve, was looking for something to do with his teen son, Tom said. Shreve wanted his son to stay out of trouble, so they started riding motorcycles together in Arkansas.

“They felt God moving them on to tell people about Jesus and I guess the rest is history,” he said. The ministry has close to 150,000 members, and a presence in 85-90 countries. Last year, Tom said, CMA raised $4 million, half of which goes into supporting different ministries around the world.

“We are not a church,” he said. “We don’t want to be taking people out of the churches. But we are ‘here if you need us.’”

In addition to the camaraderie, CMA groups will help out when needed. It doesn’t need to be church related, just a need is enough.

“Just call us up,” Tom said. “We will help park cars, pick up trash, anything.”

All they want Tom said, is to “change the world one heart at a time.”

Kathy said the organization focuses more on what people do rather than what they say.

“We all have our moments, nobody is perfect,” she said. “Still by your actions, by your kindness, by your love as you show this to your neighbors. Wherever you are, that speaks louder than anything you can say.”

The Tuckers are working to start a CMA chapter in Grant County and can be reached at 240-321-8375. For more information about CMA visit www.cmausa.org.