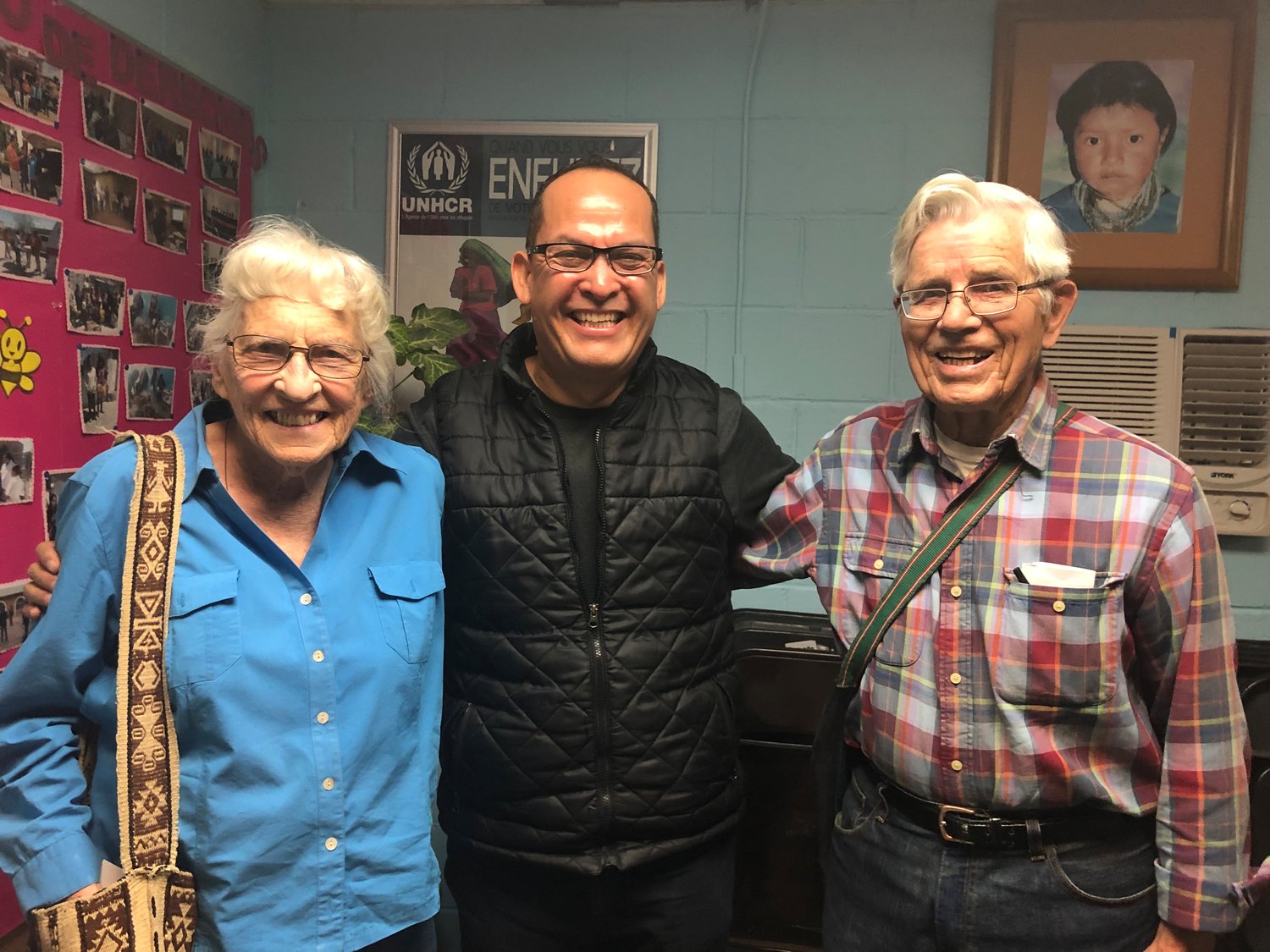 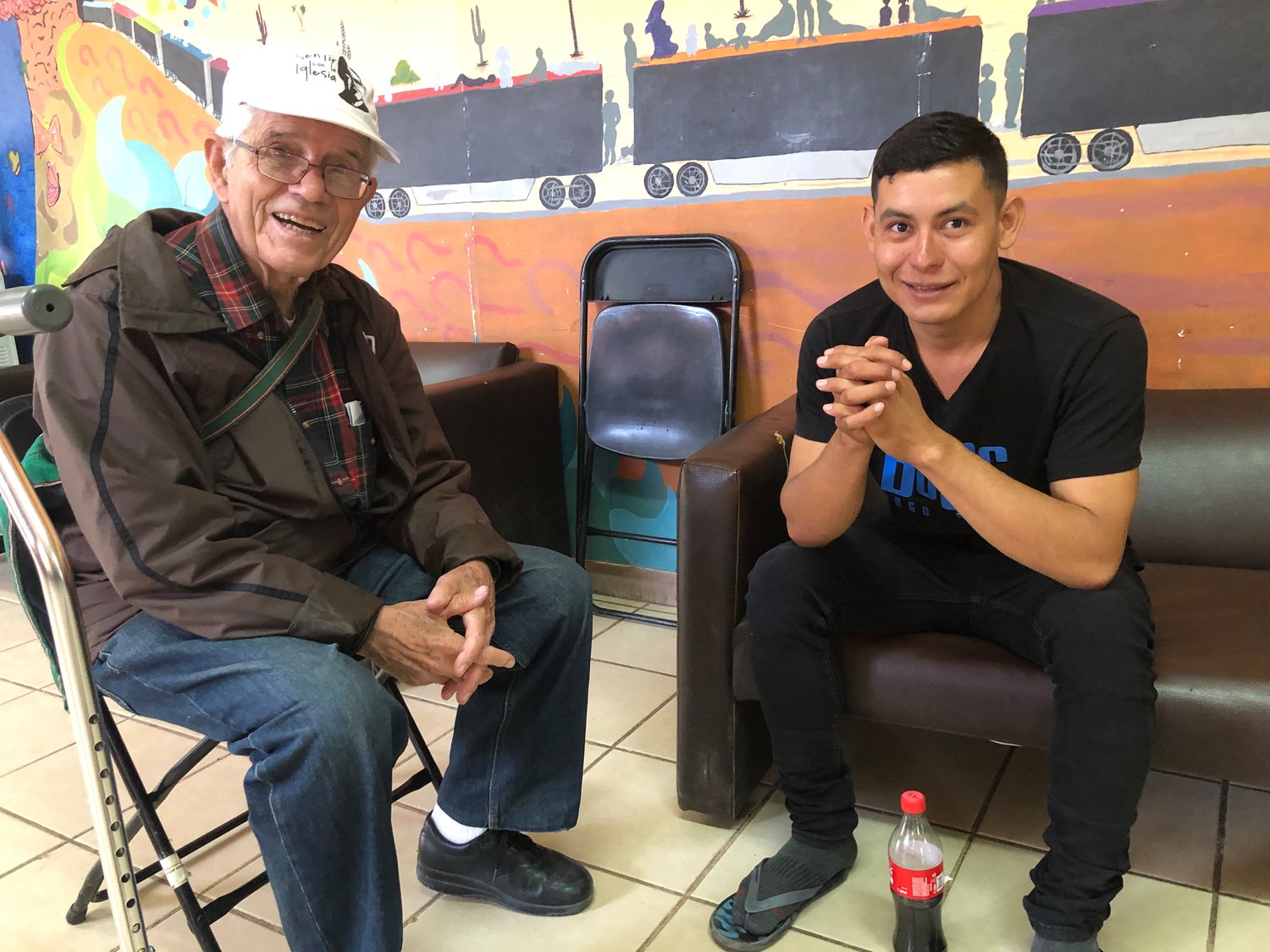 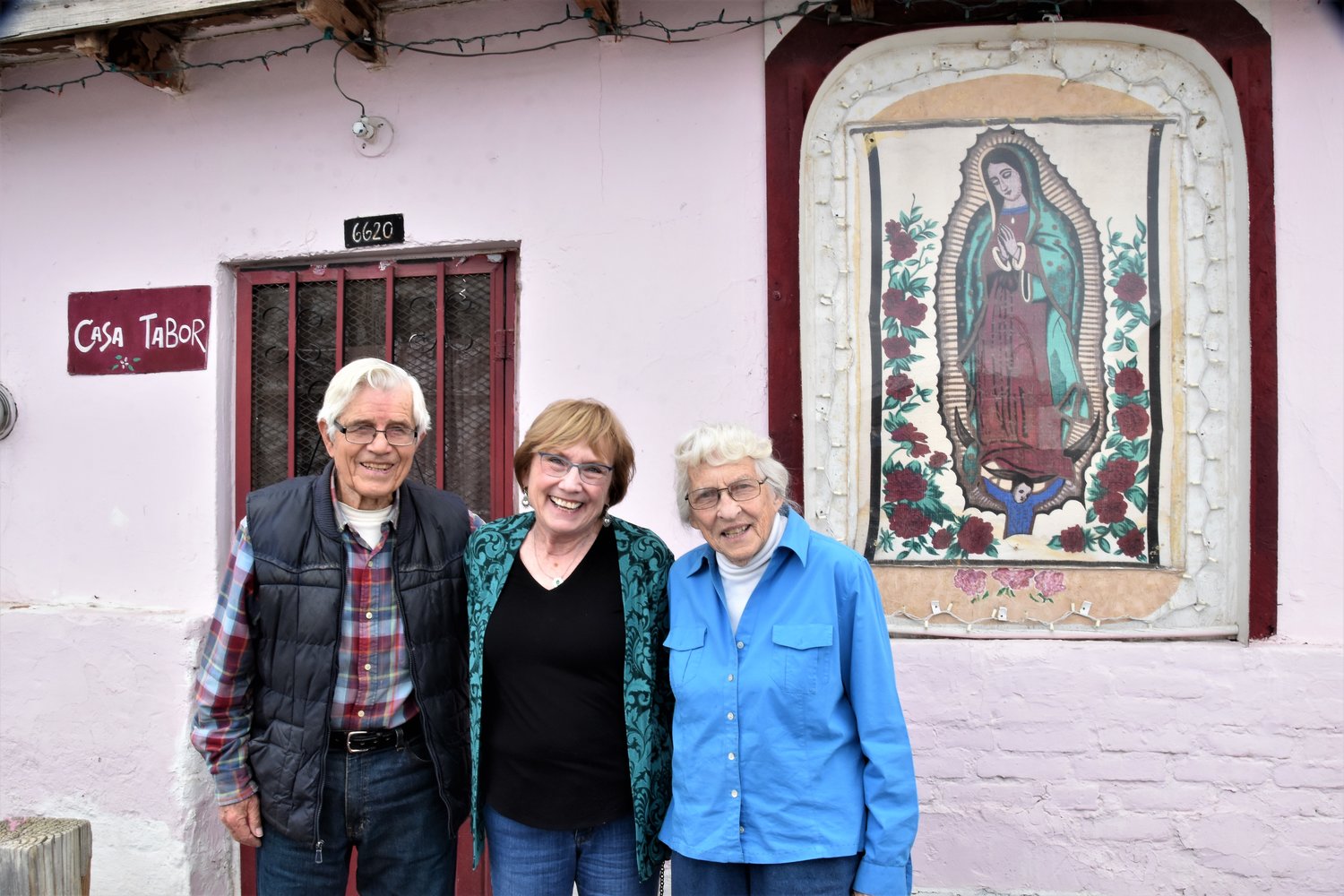 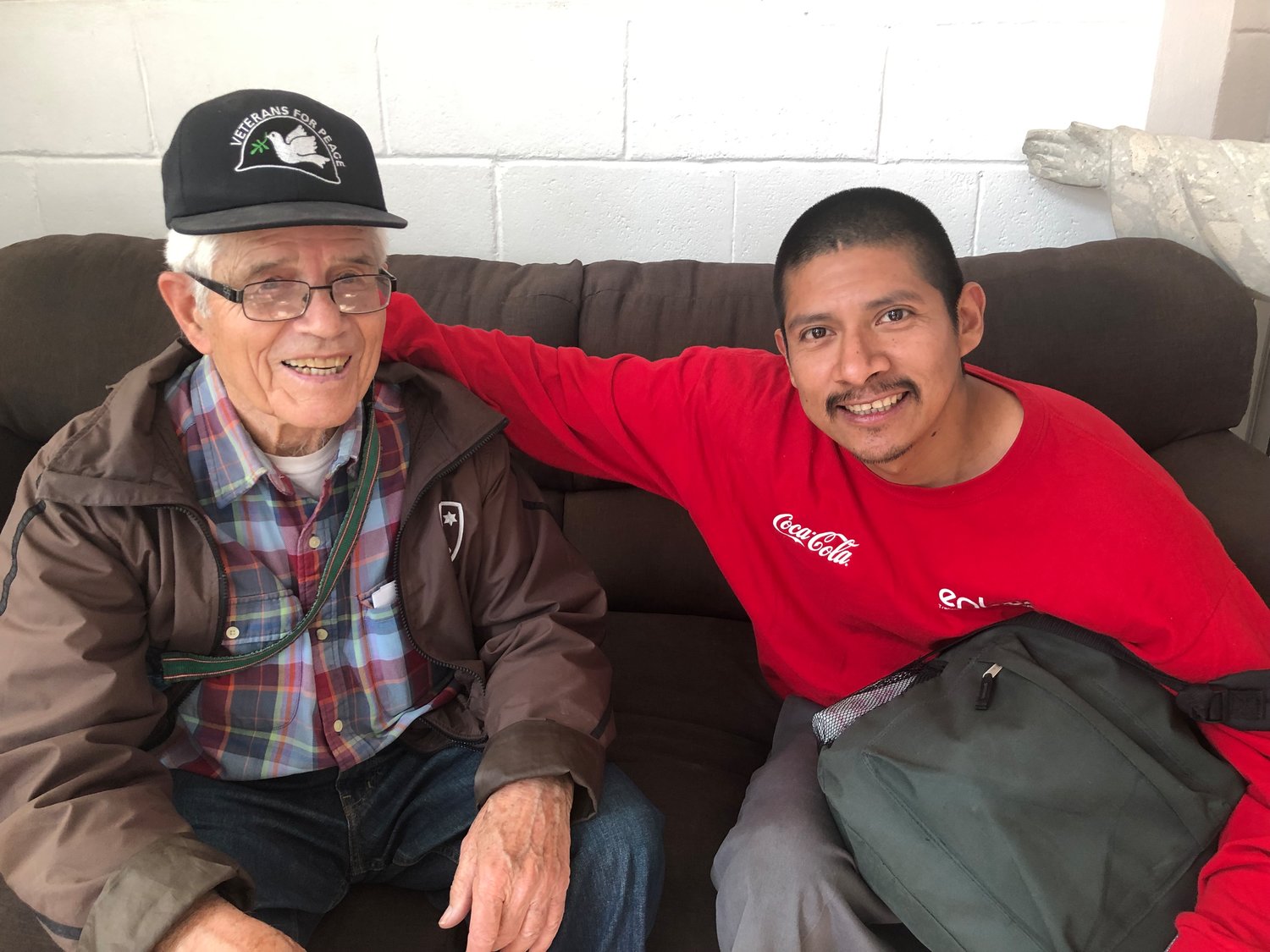 A good friend, Father Peter Hinde has just died in El Paso from COVID-19. As painful as this is, I remember him with laughter and conversations like this.

“Morgan, Morgan, you should have turned right.”

We would make these Sunday morning trips from the Plaza Benito Juárez in Juárez to La Casa del Migrante with Father Peter and  Sister Betty Campbell; always a riot of laughter, missed directions and friendship, the four of us always disagreeing about which turn to take but always arriving safely to deliver our load of food and clothing, meet with Padre Javier Calvillo, its leader, and talk to the hundreds of migrants who were sheltered there, awaiting asylum hearings with U.S. officials.

Peter and Betty would take a bus from Tabor House, the ministry they established in Juárez some 25 years ago, and my wife, Sherry, and I would pick them up at the plaza. Our car would be loaded with sacks of rice and beans, clothing and, on two occasions, much-needed shoes donated by Nina Houle, the owner of the shoe store On Your Feet in Santa Fe. We would display the shoes on the walkway in front of La Casa’s main building and the families living there temporarily would carefully pick through them and find what they needed. The shoes were treasured items and many of the women and children would be crying in gratitude as they tried them on.

Born in Ohio in 1923, Peter was a star baseball player and an excellent student in high school, then joined the Army Air Force in February 1943. Assigned to Okinawa in 1945, he had the shocking experience of flying over Nagasaki three days after its bombing. He served 18 months in the Pacific and attained the rank of captain. He entered the Carmelite Seminary in the fall of 1946, became a Catholic priest of the Carmelite Order and eventually began a lifelong commitment to Latin America.

He and Sister Betty founded Tabor House in Washington, D.C. in 1973 with the goal of showing Americans the problems caused by U.S. foreign policy in Latin America. Their real goal, however, was to be in Latin America and they spent much time there, especially in El Salvador. In 1995, they acquired a small, near abandoned house in a very poor sector of Juárez and converted it to a Tabor House ministry. It was a dangerous area ,with killings and kidnappings, but they persisted and. In addition to developing a congregation there, they would bring delegations from the U.S. and brief them on the issues in Juárez and along the border. Sister Betty developed support groups for local women, particularly regarding domestic violence.

During all these years, they continued their missionary work in Central America. In fact, on Nov. 17, two days before his death. Peter and Betty were honored with the CRISPAZ Peace Award for their work in El Salvador.

What is it about Juárez that, for all its struggles, has this ability to develop or attract people of enormous courage and a persistent dedication to social justice? I think of Julián Cardona, who came to Juárez from Zacatecas at an early age and committed himself to documenting the violence there. I think of Elenita Porras, who was born there and spent 49 years caring for young women who had been abandoned there. Now I think of Peter, once an athlete from Ohio, who committed 25 years to the needy of Juárez. And I think of Sister Betty, who is still there, maintaining Tabor House and working with the women of her barrio.

Several years ago, Peter reflected on his early years as a pilot, “I still have a hankering to be able to fly again.” That’s how I picture him now, soaring overhead, watching over us, reminding us to continue seeking justice.

Morgan Smith writes frequently about border issues and can be reached at Morgan-smith@comcast.net.