Ancient sport of kings and commoners 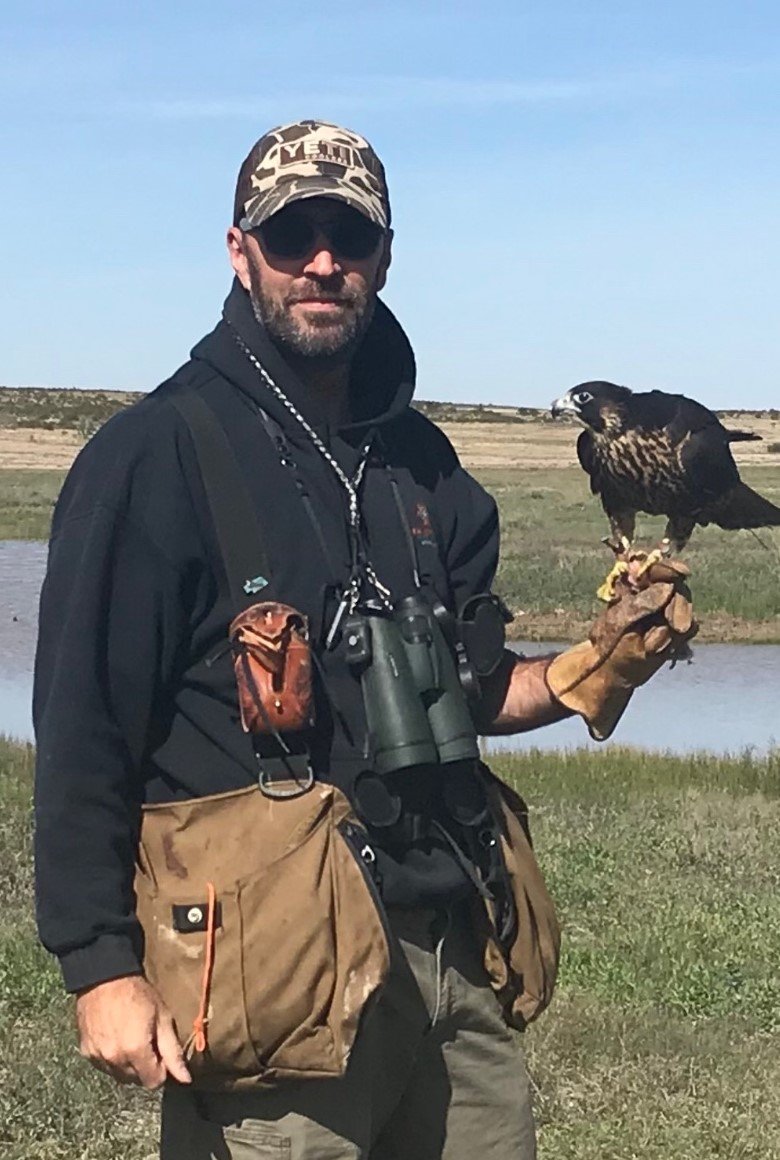 “My falcon now is sharp and passing empty; and till she stoops she must not be fully gorged, for then she never looks upon her lure, another way I have to man my haggard to make her come and know her keeper’s call.”

The above words from Shakespeare’s “Taming of the Shrew” doesn’t prove that Shakespeare was a falconer, but it certainly indicates he was familiar with the sport. Macbeth describes a sign of disaster as “A falcon, tow’ring in her pride of place, was by a mousing owl hawked at and killed.” And Juliet compared herself to an untamed hawk when professing her love to Romeo. Shakespeare also used words and phrases from falconry that are still common in the English language today, such as “under your thumb,” “wrapped around my little finger,” “eyes like a hawk,” “hoodwinked,” “in one fell swoop” and “fed up.”

Falconry is described by the North American Falconers Association as “the taking of wild quarry in its natural state and habitat by means of a trained raptor.” And a raptor, according to Merriam-Webster Dictionary, is “a medium-to-large-sized bird (such as a hawk, eagle, owl, or vulture) that has a hooked beak and large, sharp talons and feeds wholly or chiefly on meat taken by hunting or on carrion.” In other words, a bird of prey.

Falconry has been around for anywhere from 4,000 to 8,000 years in almost every part of the world. A practice that originated from the need to provide meat for the table, it developed into a sport for both royalty and peasants. In China, Mongolian soldiers used falconry during military campaigns to supply food and recreation. In Medieval Europe, “gentlemen” learned the skill as youths, and there was even a chart that assigned specific birds by social rank. Golden eagles were reserved for emperors, gyrfalcons for kings, female merlin (pigeon hawks) for the ladies, and old-world kestrels for the lowly knaves, servants, and children.

It is possible at this point that you, the reader, are trying to figure out where my sudden interest in falconry has come from. And of course, the answer is from Rose Valley RV Ranch where one of our newest residents is Christopher Lynn, current anesthesiologist at Gila Regional Medical Center here in Silver City and master falconer. Originally from South Carolina, Chris was just out of the military about twenty years ago when he became interested in falconry. Now a master falconer and an eagle falconer, he is licensed by the federal government to propagate the birds and has a large breeding chamber at his home in Roswell.

Chris told me raptors are quite common in the United States with the largest population here in the Southwest. In New Mexico, they tend to nest in the cliffs and hunt on the prairies. They are not endangered and are highly protected by federal and state governments. Unfortunately, at least 80% of these birds in the wild die in their first year – electrical lines and cars are the major causes of death. Even windmills, so beneficial to human society, are a danger to raptors.

Falconry has enjoyed a renaissance in recent years. The North American Falconers Association, whose goal is to “encourage the proper practice of the sport of falconry and the wise use and conservation of birds of prey,” records around 2,000 members. The highest density of falconers is in California, but New Mexico has at least 20-30 active falconers. It also has some of the most rigid regulations of any state.

Falconry is one of the most heavily regulated sports in the U.S., and the rules are there to protect the birds. Chris said that New Mexico Department of Fish and Game has been incredible in promoting falconry and has one of the best and most strict regulatory systems in the country. Becoming a licensed falconer takes over seven years of continual commitment and includes a federal bird biology test and an apprenticeship with a master falconer that lasts at least two years. In New Mexico, apprentices can only legally own one bird at a time and only that of a specific species.

Housing for the birds is tightly controlled and subject to inspection. Among other requirements, the housing space must be as large as a bedroom or a tool shed and contain a bath and a window. So, don’t ever assume these birds live in hovels – I’ve been in apartments in New York City that couldn’t pass the regulations. By law, the birds must be taken from their natural environment during their first year, and many are then released back into the wild after several years, better able to survive because of their falconry training. Chris explained that it is quite easy to tell if a bird has been trained by an expert, and that in the possession of amateurs they can be extremely dangerous. Master falconers won’t sign off on incompetent apprentices, and that signature is required for a license.

Falconers have been implemental in helping to get certain raptors, such as the peregrine falcon, off the endangered species list. They have also established the Peregrine Fund to help increase population.

A recent campaign for the country’s falconers has been helping to solve the problem that sheep ranchers have long had with raptors, especially golden eagles, attacking their lambs. Through a campaign of information and education for the ranchers, falconers devised a method of humane capture and release, which has been implemented for the past two years. For what he calls the opportunity of a lifetime, Chris has just been chosen by a state lottery of eagle falconers to take part in a capture and release effort in Wyoming. Once the golden eagles have been captured, Chris’s team will take them at least 200 miles away from the area and release them unharmed, thus mitigating the loss to the ranchers and saving the lives of these most noble creatures that Chris calls the “holy grail” of falconry.”

Becoming a falconer is a lifestyle decision requiring time and commitment. Chris believes that falconry is an abstract art and unique sport, and the only way it will continue is through education and the practice of sound conservation principles. Anyone interested in learning more about falconry can go online to nafex.net (North American Falconers Exchange) or contact the New Mexico Department of Fish and Wildlife.

Sheila and husband, Jimmy, have lived at Rose Valley RV Ranch in Silver City since 2012, following five years of wandering from Maine to California. She can be contacted at sksowder@aol.com.