EXPOSED IN THE DESERT

Writer fondly looks back on time spent writing for monthly 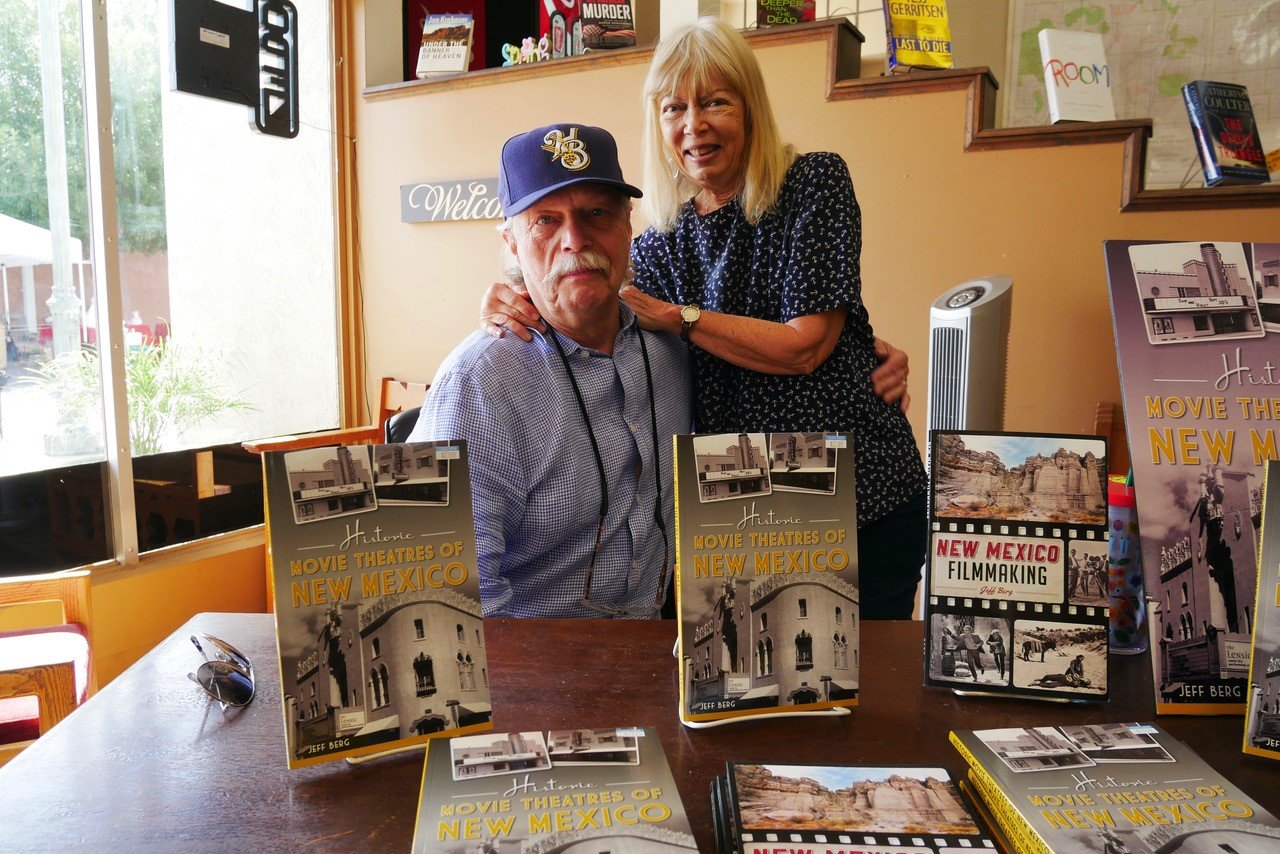 I’ve written for a long time, but never had the time, courage, or inclination to do a lot of writing until I happened to be in Washington DC on 9/11.  At that time, I saw the plane that hit the Pentagon as it went overhead, over the Potomac River and into the building.

I didn’t actually see the crash but did hear it and saw smoke coming from “that” direction.

I was in shock of sorts but contacted the Las Cruces Sun-News to see if they wanted to have an article on what it was like.  The late editor of the paper, Harold Cousland, was very interested and took the article that I had written by hand and faxed to them. It ran word for word the following Sunday.

It was a sad time to get a “break,” but I did get one from that piece.

My history with Desert Exposure started a bit later, when I sent an article about my late father to the then owner, whose name I fail to recall. I continued to contribute and when the paper was sold to David Fryxell, I contributed even more, sometimes two articles a month.

Fryxell was a pro and he let me write about most anything that I wanted to write about, sometimes giving me ideas or outright assignments. I also did part of the distribution of the paper in Las Cruces, refilling the newsstands until I ran out o’ papers.

It was during this time that I could almost make a living doing freelance writing as I also wrote for the Bulletin, El Paso entertainment weekly What’s Up, Newspaper Tree, a monthly based in El Paso, Southwest Senior, and Local iQ, which was a somewhat ahead of its time biweekly based in Albuquerque.  I became their film writer and later was made “Senior Writer” or some such, by Fryxell, who I enjoyed working with.

My intelligent and lovely late wife, Sarah, also sold ads for the paper for a while, after she retired from teaching for 35 years. Sadly, my gentle Sarah died in October of last year, something I am not nearly done grieving yet. She was gifted and creative and beautiful, not to mention, being passionate and loving. I miss her every single day.

Upon moving back to Santa Fe in 2012, I “lost” my position, since Desert Exposure focuses on Southern New Mexico.

Some of my favorite articles included a piece about the Sun Tree Travel Club, which is a group of naturists (plebeians may call them nudists) who met at club members homes throughout the year. After I passed muster, I was invited to attend a meeting and the folks in attendance were most gracious and open to my questions. My host informed me that naturists like doing what everyone does, just without clothes.  They also submitted the piece for an award which I won, from the AANR (American Association for Nude Recreation). It was a Public Relations Non-Nudist Media award - my first award and I still have the nice plaque that they sent me.

I’ve never told anyone whether I had to get nekkid to do the article and I’m not telling now!

And of course, the article was entitled Nude Mexico…

The other award I won via Desert Exposure was from the Las Cruces Association for the Deaf, which gave me a beautiful plaque because of my “generosity and loyalty to the deaf community.”  I did a piece about the deaf and hard of hearing and played the first movie ever done in American Sign Language as part of my former series at the Fountain Theatre called Cinematinee.

My friend Robert Yee, who is a superb photographer accompanied me on another work, this time about the folks that work at the carnival.  I recall the day being extraordinarily hot and things were slow to get going at the carnival, but I found the workers to be friendly and obliging.

"I was just linked an article Mr. Jeff Burg wrote about a traveling carnival somewhere in the southwest, Texas or New Mexico, I think. I can't seem to track down an email for this fella so I'm firing one off to you in hopes that you can forward it. I am a 35-year-old man who has been in the carnival business for 18 years. Yes, I was 17 when I started with only a shabby basket of clothes. I now own and operate some of the nicest and most successful games in Ohio. I am raising four children ‘on the road’ although they do return home for school. Three girls, ages 13, 10 and 8, and a son who is 5. Also have been happily married and faithful to my wife of 10 years coming this St. Patrick’s Day. I just wanted to tell you that your article is one of or maybe the best I've read on my business. As you can imagine I intercept all press or media from my help, and I answer all the questions. I've very rarely seen anyone in your business say anything positive about anyone from my business. Kudos to you, my friend. Very nice.”
Mike Ray

Very cool of Mr. Ray to write about that enjoyable piece which portrayed the “carnies” as real people, not cardboard cutouts.

I also wrote about Anapra and the horror that was going on just over the border; New Mexico Sons of the American Revolution; sat with a DWI checkpoint crew for a night; rode with a Border Patrol officer; wrote several pieces about New Mexico-made films, a specialty; a ladies “ahem” sex toy party; and New Mexico in World War II, among other things.

But by far the most intense and moving piece that I did was when I rode with an animal control officer. We headed for the southern part of Doña Ana County and by noon, his truck was overflowing with found or unwanted animals. Back then, things were different and immediately after we returned to the offices, all but two of the animals were put to sleep. It was one of the hardest pieces I ever wrote and the officer I rode with was compassionate, but because of a lack of funds and space, things were different then.  Thankfully, as I understand it, things have changed now.

I miss writing for Desert Exposure and even though it didn’t pay very well, it opened a lot of doors for me, which helped lead to my writing three books for two different publishers and working on a fourth, with two more about to be under contract.

I’m shy to say that I’ve never taken a writing class, as some people will attest to, but all in all, Desert Exposure helped give me a lot of …. are you ready…exposure.

Jeff Berg is a freelance writer based in Santa Fe. He lived in Las Cruces from 2001-2012 and wrote for numerous publications besides DEX and the Las Cruces Bulletin, among them True West, New Mexico Magazine, and Film Comment.  He misses his late wife Sarah, very, very much. His next book is a history of restaurants in Santa Fe which will be dedicated to her gentle spirit.