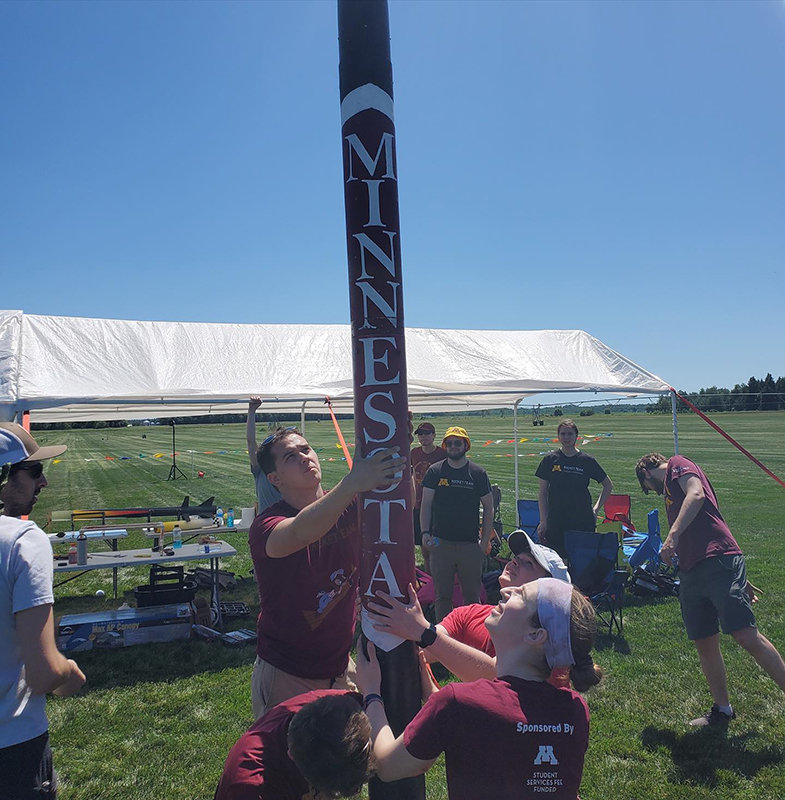 The coronavirus pandemic didn’t stop 75 rocket engineer teams from 16 countries across the world from assembling their competitive rockets for the 2021 Spaceport America Cup.
Courtesy photo 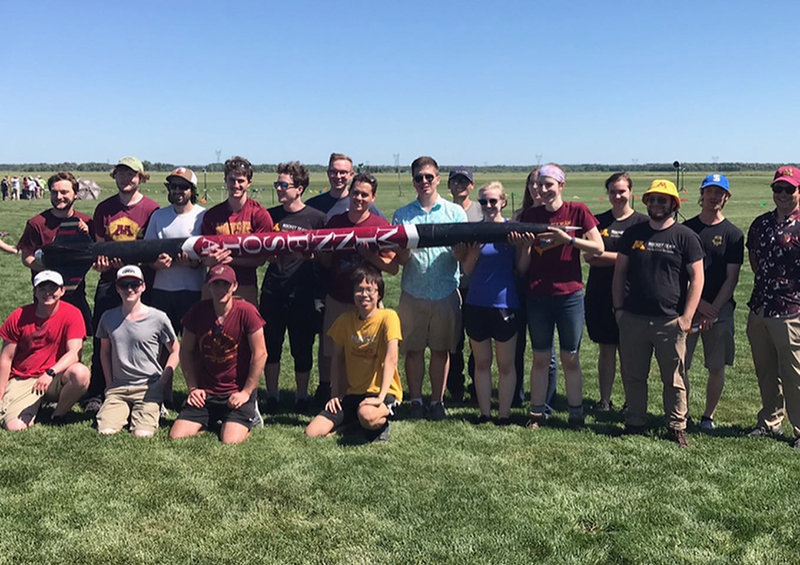 Seventy-five teams of college engineering students from around the world participated in the 2021 Spaceport America Cup sending rockets climbing into the clouds in a variety of different categories. After the event was canceled in 2020 due to the pandemic, students were eager to get back onto the rocket platforms and compete in the Experimental Sounding Rocket Association (ESRA) event.

The overall winner of the cup for 2021 was the team from the University of Minnesota, Twin Cities. Spaceport America has announced the return of an in-person Spaceport America Cup in 2022 from June 21-25 at the closing ceremony of the 2021 virtual event.

“Congratulations to the University of Minnesota, Twin Cities and all the other teams that competed in the 2021 Virtual Spaceport America Cup,” said Spaceport America Executive Director Scott McLaughlin. “The event turnout has been incredible, and the caliber of the design and innovation has really impressed us. We look forward to welcoming the teams back to New Mexico in 2022.”

The 75 teams participated from 16 different countries and competed during the three-day online event June 18-20. The virtual competition allowed university student teams to submit rocket designs for evaluation and included technical presentations and forums, keynote addresses from aerospace industry leaders and rocket safety training. Competitors had the opportunity to meet with sponsors and exhibitors to learn more about aerospace career pathways and recruitment.

“ESRA is extremely pleased to be able to provide a virtual competition this year," said ESRA President Cliff Olmsted. “The level of engagement and commitment by university teams competing from across the globe has been outstanding and inspiring. These teams are paving the way to the future. We are looking forward to the 2022 competition.”

The Spaceport America Cup is the world’s largest intercollegiate rocketry engineering contest (IREC) and has been held in New Mexico since 2017. Over 1,700 students and faculty come to Southern New Mexico for the annual IREC competition. Drawn by the opportunity to collaborate and compete at a world-class spaceport facility, they represent the best and brightest from more than 100 institutions located across the world.

For more about ESRA visit www.soundingrocket.org and for more about the Spaceport America Cup visit spaceportamericacup.com.

Other awards and recipients include:

The Team Sportsmanship Award, given to Carleton University in Canada, Runner-up Ecole Polytechnique Fédérale de Lausanne (EPFL) in Switzerland. The Team Sportsmanship Award recognizes a team which goes above and beyond to assist their fellow teams and the event organizers assure the Spaceport America Cup Intercollegiate Rocket Engineering Competition is a productive, safe and enjoyable experience for all involved.

Nancy Squires Team Spirit Award, given to Kathmandu University in Nepal, Runner-up Auburn University in Alabama. The Team Spirit Award recognizes a team which arrives at the Spaceport America Cup with proverbial (or literal) smiles on their face, a school flag in their hand and never lets either waiver throughout the event. They show great pride in their work, learn from their mistakes, remain positive when things don’t go their way, engage members of the general public with respect and enthusiasm and show respect for invited guests by attending and participating guest speaker presentations whenever possible.

SDL awards first, second and third place for teams whose payloads exhibit innovation through scientific or technical objectives, payload construction and overall professionalism, readiness and execution of design objectives. First place with a prize of $1,000: George Washington University from Washington D.C., with the Marco-Polo payload demonstrating gimballed laser communications.
Second place with a prize of $750: AGH University of Science and Technology, from Krakow, Poland, with the Space Habitat Research Effectiveness of Anesthetic Monitoring Payload, or SHREAMP, demonstrating the effects of sedation on invertebrates during space flight. Third place with a prize of $500: University of Sydney, from Australia, with the Tetratheca payload demonstrating picosateliite detumbling.

Dr. Gil Moore Award for Innovation awarded to University of Waterloo in Canada, Runner-up Ecole Polytechnique Fédérale de Lausanne in Switzerland. The Dr. Gil Moore Award for Innovation recognizes a team whose project includes one or more features (including analytic or operational processes as well as components or assemblies) the judging panel finds genuinely “novel,” “inventive,” or solving a unique problem identified by the team.