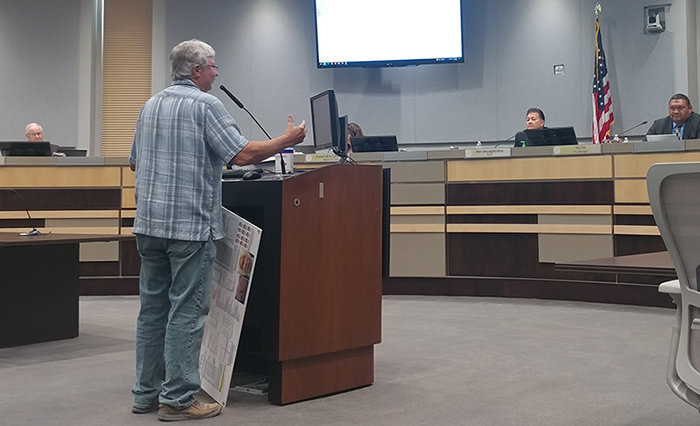 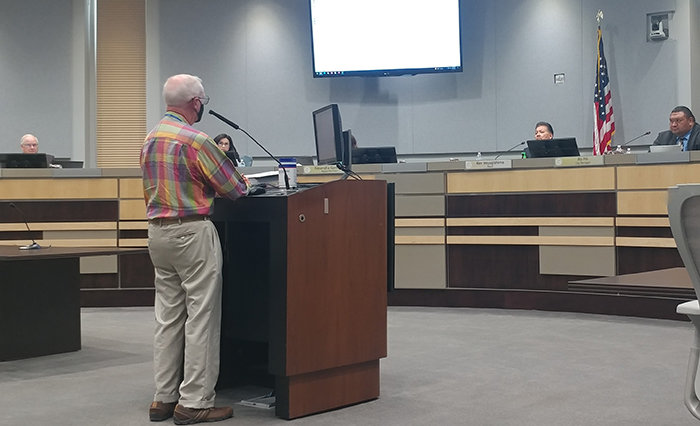 As it returned to in-person meetings at Las Cruces City Hall for the first time in about 16 months, the Las Cruces City Council adopted a resolution July 19 continuing the city’s emergency proclamation that “establishes safety measures to prevent the spread of COVID-19 during the in-person city council meetings.”

The resolution, which extends the proclamation until July 23, says Las Cruces remains in a state of public health emergency because of the pandemic and requires people who have not been vaccinated or who are unable to provide proof of vaccination to wear face masks while attending city council meetings at City Hall, 700 N. Main St.

“People who plan on attending city council meetings should be prepared to either wear a face mask or provide a copy of their Covid-19 vaccination card to security guards who will be at the entrances to council chambers,” the city said. “Anyone who does not have a face mask will be provided with a disposable mask.” (Security guards checked Covid-19 vaccination cards in the lobby outside council chambers during the July 19 meeting.)

The resolution also requires that “attendees in city council chambers to be seated utilizing safe social distancing of at least six feet.”

Social distancing and facial coverings are also required in all other public areas of City Hall for individuals who are not fully vaccinated.”

A dozen people spoke during the public input portion of the council meeting, with most speaking against the emergency proclamation, which was adopted when the council unanimously approved the meeting’s consent agenda.

“Where is the emergency,” Tracy Hollister said during public input. “Where’s the data? Where’s the evidence?”

Also speaking during public input, Emmanuel Lutheran Church of Las Cruces Pastor Paul A. Rydecki, said people should be able to “make our own choices for our own bodies.”

Former city councilor Jack Eakman thanked the council for the proclamation during public input, saying Covid-19 “cares nothing about a person’s freedom.”

Mayor Ken Miyagishima said it was “incumbent on the council to make city council chambers as free as possible from Covid. Masks work,” he said.