Bringing Dignity to Women of Juárez 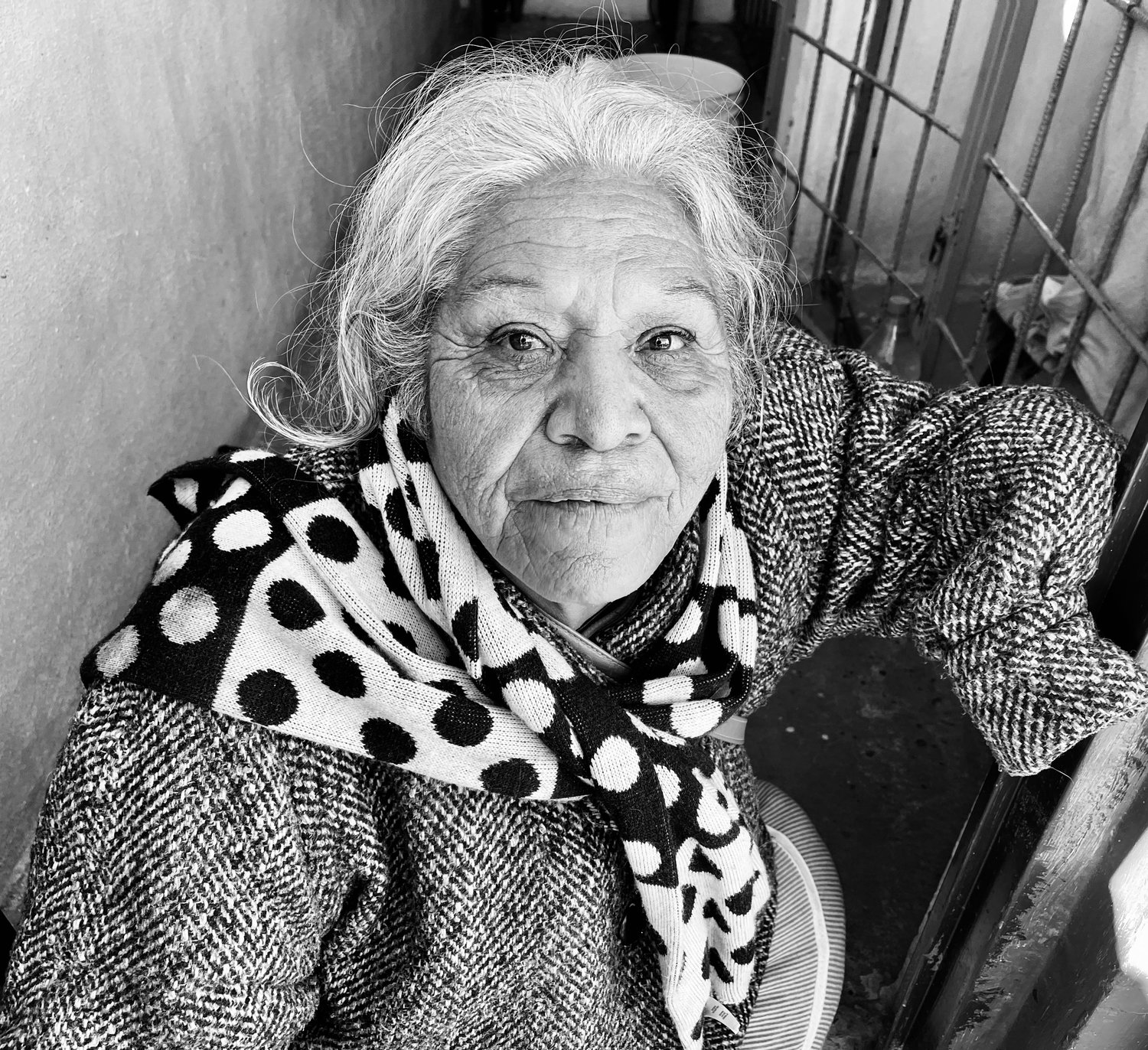 Petra Escobar who would probably be able to go into the new unit. Years ago she had a psychotic break, jumped in front of a train and lost her legs and part of her left arm. She has lived at Visión en Acción ever since.
Photo by Morgan Smith 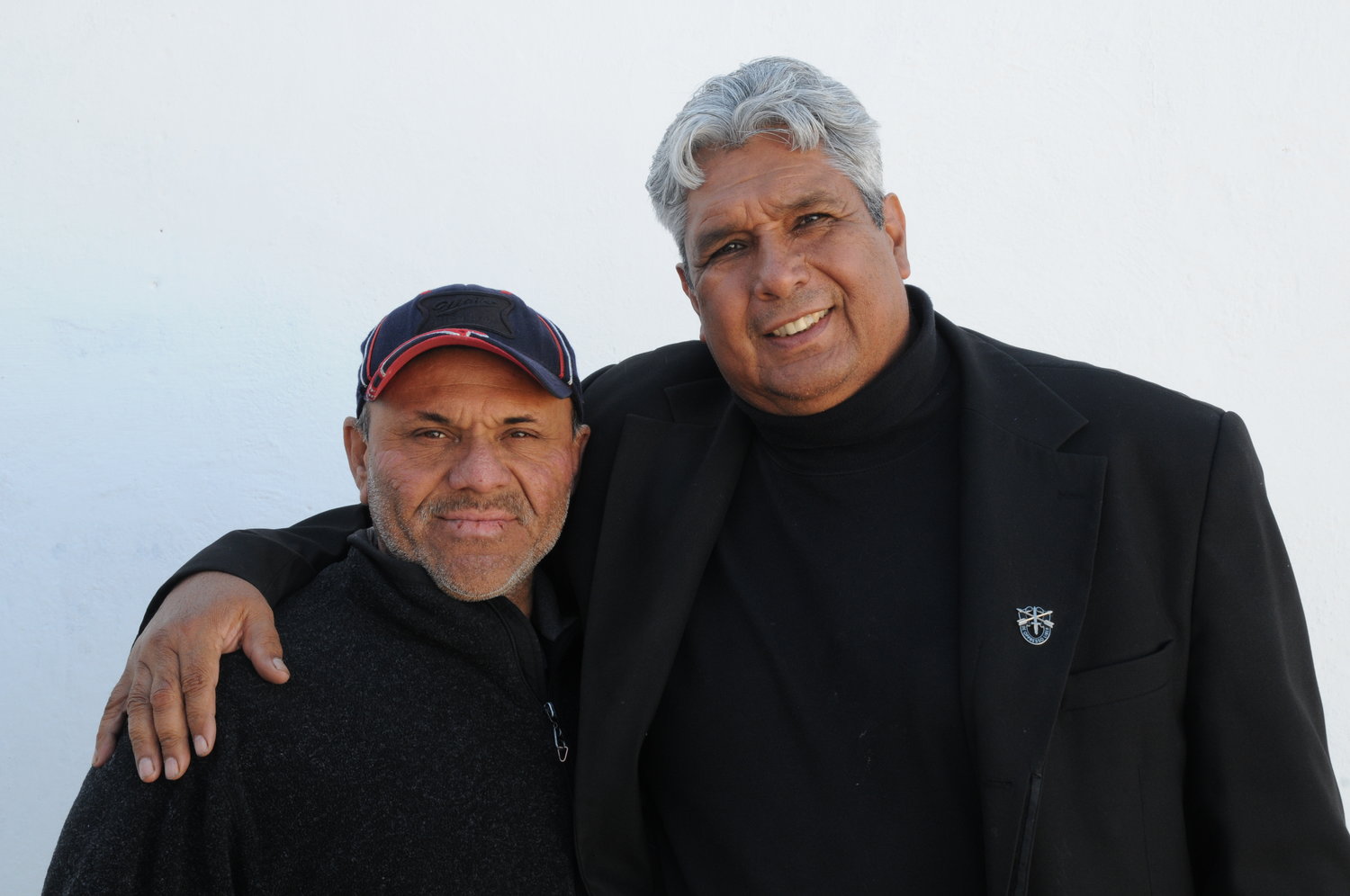 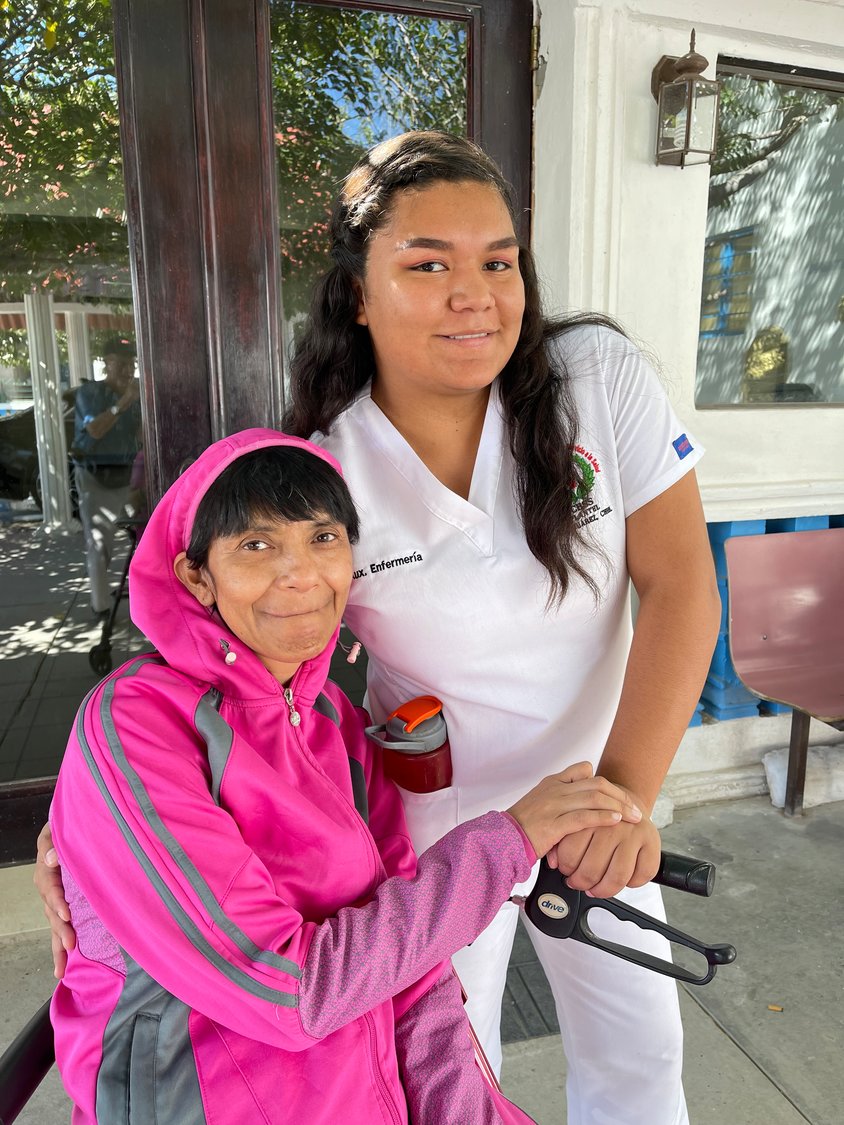 Socorro, dementia patient with her nurse.
Photo by Morgan Smith 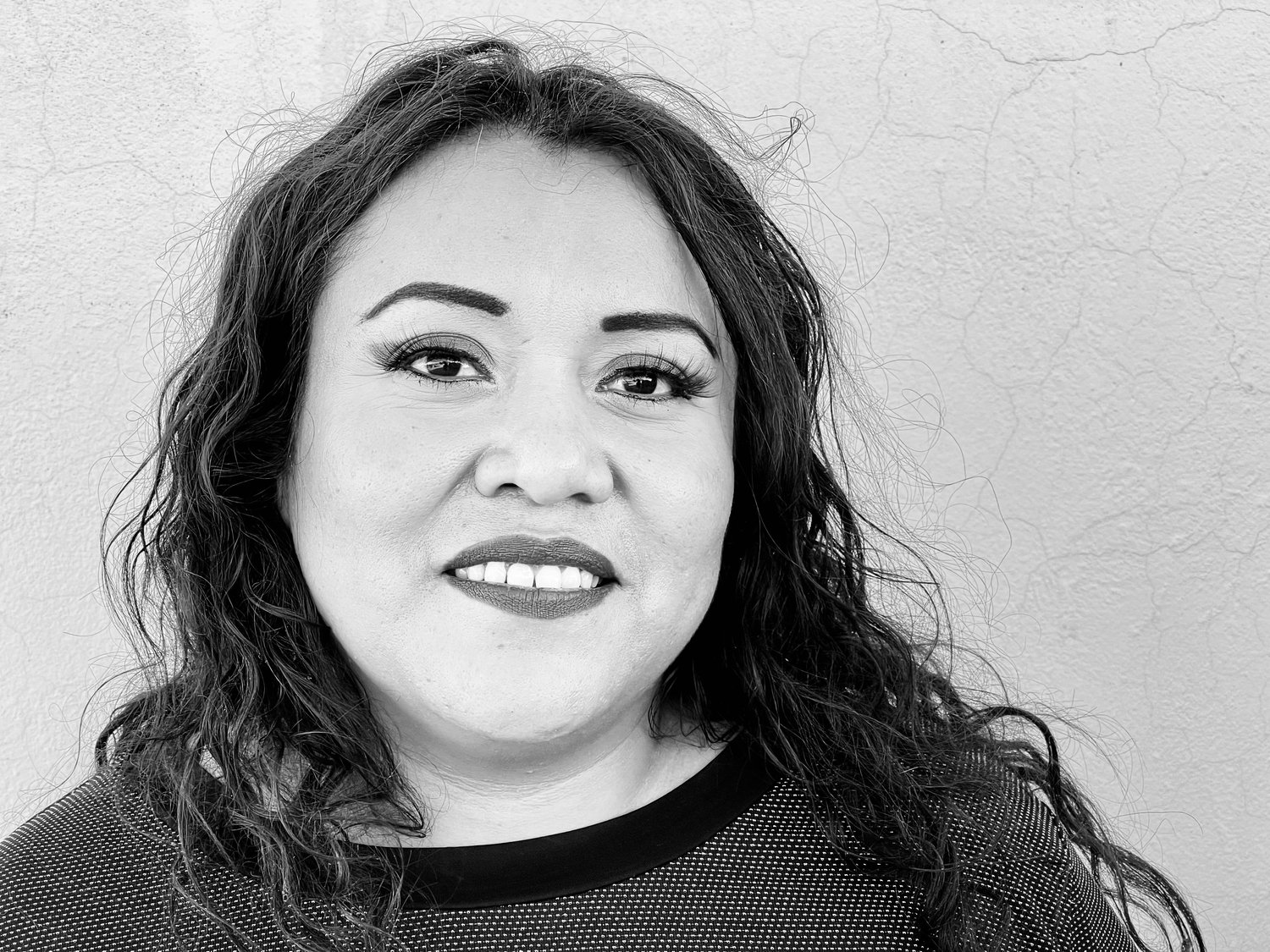 Viridiana “Viri” Torres has struggled with mental-health issues most of her adult life and has been in several mental-health facilities. Then, she came to Visión en Acción in Juárez. With roughly 120 patients, it is the largest mental-health facility in the Juárez area and has survived for 26 years because of the persistence and dedication of its founder, Pastor José Antonio Galván. Little did anyone know how much change Viri would bring?

When Viri arrived as a patient six years ago, Galván soon discovered that she had talent with numbers and asked her to help manage his accounting issues. He believes that work can be therapeutic and most of his patients have tasks. There are five, however, who have more than just part-time tasks; they basically run the asylum in their semi-management roles. Josué Rosales, for example, served time in California prisons, was deported, lived as a street addict in Juárez and was brought to Visión en Acción close to death from drug abuse. Over the course of months, other patients cared for him and brought him back to life. Eventually he earned a nursing degree and now is the key nurse in the facility.

As for Viri, her work with the accounting paid immediate dividends when she discovered that the man who had been Galván’s second in command had been stealing. Now, her work has taken an additional direction and she has become a voice for the roughly 40 percent of the patients who are women.

One of the major issues has been the problem of not having separate facilities for the different types of patients – young and old, different types of mental health issues, and particularly the often too-close proximity of men and women.

For example, a dormitory was built for older patients with dementia but it housed both men and women.

Under the leadership of Viri and Galván, this all began to change several years ago.

First, a separate dining area was built for these older patients so that they could eat apart from the younger and often more aggressive patients.

Then an eight-bed unit was built for the women who had dementia. One of them, Socorro looks 10 years younger now that she has this privacy.

The current project is a dormitory for 20 for the other women patients. It will not only offer a comfortable and protected living environment but there will be a patio out front so that they can enjoy the outdoors as well as fencing in order to maintain security.

Government support for the mentally ill is almost non-existent in Juárez, despite the high levels of homicides. Therefore, these projects have all been accomplished with private donations. My job has been to find donors and then to bring key ones to Juárez so that they can see in person what has been accomplished with basically no government funding and the use of patients as managers. When these visitors arrive, it is Viri and Galván who “sell” them on the value of what is being accomplished.

Juárez has been a brutal city for women. There was a wave of violence against women between 1993 and 2005 and now it has surged again with nearly 500 murders in the last three years. The governor has initiated a Crimes Against Women unit and finally many of these cases are being investigated but this will be a slow process.

In the meantime, Galván and Viri are moving quickly and successfully to provide a safer and more dignified life for their women patients; this new dorm tory will be the showcase.

Money is always an issue so those who might want to help can send a donation made out to the El Paso Community Foundation to me at 717 Calle del Resplandor, Santa Fe, NM 87505. They will receive a tax deduction and the funds will then go to Visión en Acción. This will be money well spent. I know because I’m there at least twice a month.

Morgan Smith has been writing about border issues for the last ten years and can be reached at Morgan-smith@comcast.net.