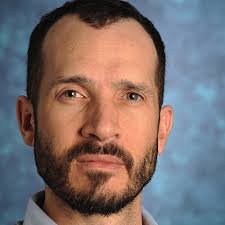 Doña Ana Community College is among five higher-education film programs in the state to share in about $80,000 in funding from the “Better Call Saul” television series through the New Mexico Film Office’s (NMFO) Giveback Program, NMFO said in a news release.

Funds can be utilized to purchase equipment, software and supplies, as well as to pay for student scholarship programs and other student opportunities, NMFO said, and are part of the state’s film incentive program. The purpose of the program is to strengthen New Mexico’s film schools and related fields, thereby supporting growth of the film industry workforce in New Mexico.

"Thank you to ‘Better Call Saul’ and NMFO for these Giveback funds,” said DACC Arts Department Chair Matt Byrnes. “This program has been an extraordinary resource for DACC to enhance our film education capabilities by providing additional funding for special workshops, presentations, guest lecturers, some exciting equipment and film scholarships. This reinforces the industry’s commitment to directly give back to New Mexicans, across the state, wanting to join the film industry workforce with the knowledge and skills in high demand,” Byrnes said.

“There are many benefits to having an established film industry in New Mexico,” said Las Cruces and Doña Ana County Film Office Director Don Gray. “Some of those benefits are obvious, some less so. The Giveback program has quietly contributed hundreds of thousands of dollars to film and media programs throughout the state over the years. DACC is known for providing some of the best film and media training in the state and these funds will help them to help us to continue to grow the local crew base in the region."

“Programs like this are key to supporting continued efforts to expand our world-class crew and provide students who attend New Mexico film schools with the equipment they need to receive a quality education,” said NMFO Director Amber Dodson.

“Better Call Saul” began filming in New Mexico in 2015,” NMSO said. “The production has contributed $177,696 to New Mexico film schools through NMFO’s Giveback program. The series will air its sixth and final season in 2021.

The Giveback program was initiated to support the growth of the New Mexico film industry’s future workforce. Productions filmed in New Mexico that participate in the Non-Resident Below-the-Line Crew Credit Program provide 2.5 percent of direct production expenditures for the payment of wages, fringe benefits and per diem for non-resident industry crew to support educational or workforce development efforts in New Mexico.