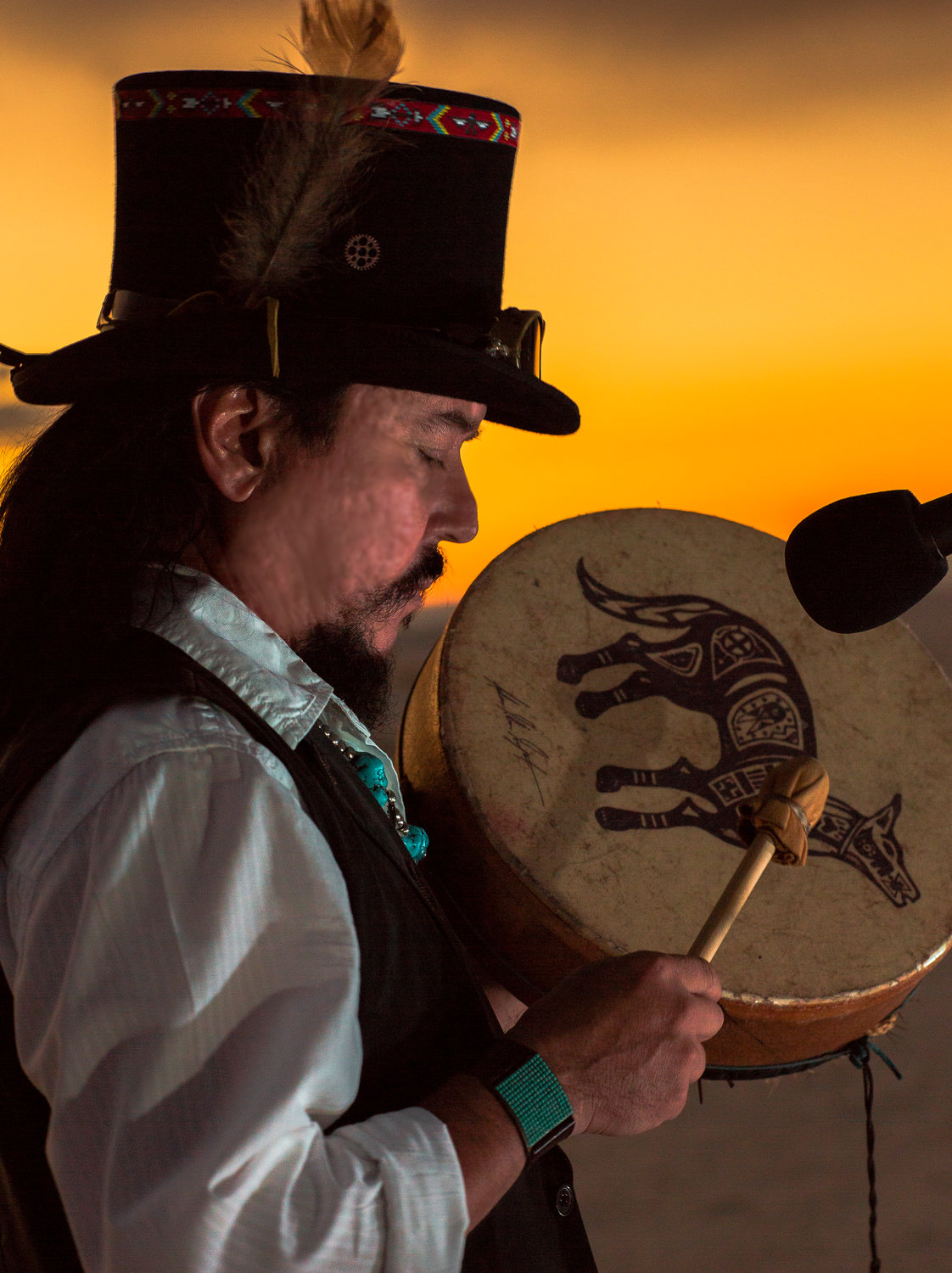 Tickets are $10 for individuals and $15 for two and will be available at the door and may be purchased in advance. Doors will open at 6:30 p.m.

Based in Las Cruces, Granger is an award-winning recording artist, performer, educator and emcee at venues around the country. He is also known for his widely popular White Sands National Park full-moon concerts, which have been on hiatus during the Covid-19 pandemic.

Granger plays flutes from all over the world, including the Mayan death whistle, Anasazi flute, Irish and Bansuri flutes, as well as Native American-style flutes and drums. He uses the telling of Native American origin stories to highlight the commonalities of cultures and how stories teach ancestry as well as lessons. Granger and his music have been heard on National Public Radio’s “Hearts of Space,” as well as KRWG public radio and television. He has been a frequent master of ceremonies and performer at the DAAC Renaissance ArtsFaire.

New Mexico established the second Monday in October (Monday, Oct. 11 in 2021) as Indigenous People’s Day in 2019 to celebrate “New Mexico’s 23 sovereign indigenous nations and the essential place of honor native citizens hold in the fabric of our great state.”

DAAC embraces this observance and works to ensure that the broad spectrum of people in our community engages with a wide range of the arts.

Granger is of Mayan/Apache ancestry as well as several other tribes and is a native of New Mexico.