Aggie sports are back in business 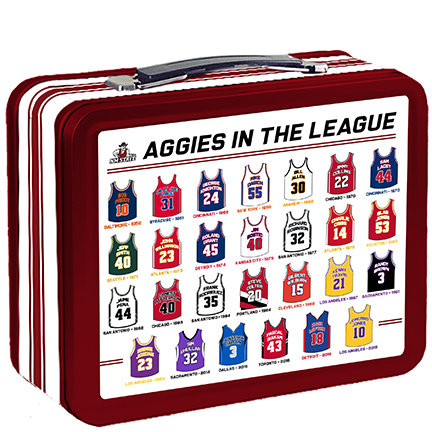 The souvenir lunchbox will feature the jerseys of past Aggie players who went on to play in the NBA. 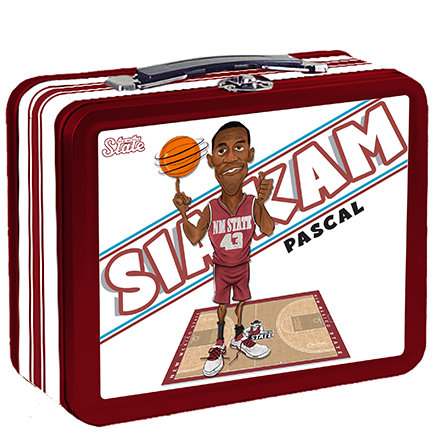 Former Aggie great Pascal Siakam is featured on a lunchbox that will be given to fans who renew or become basketball season ticket holders by Aug. 15 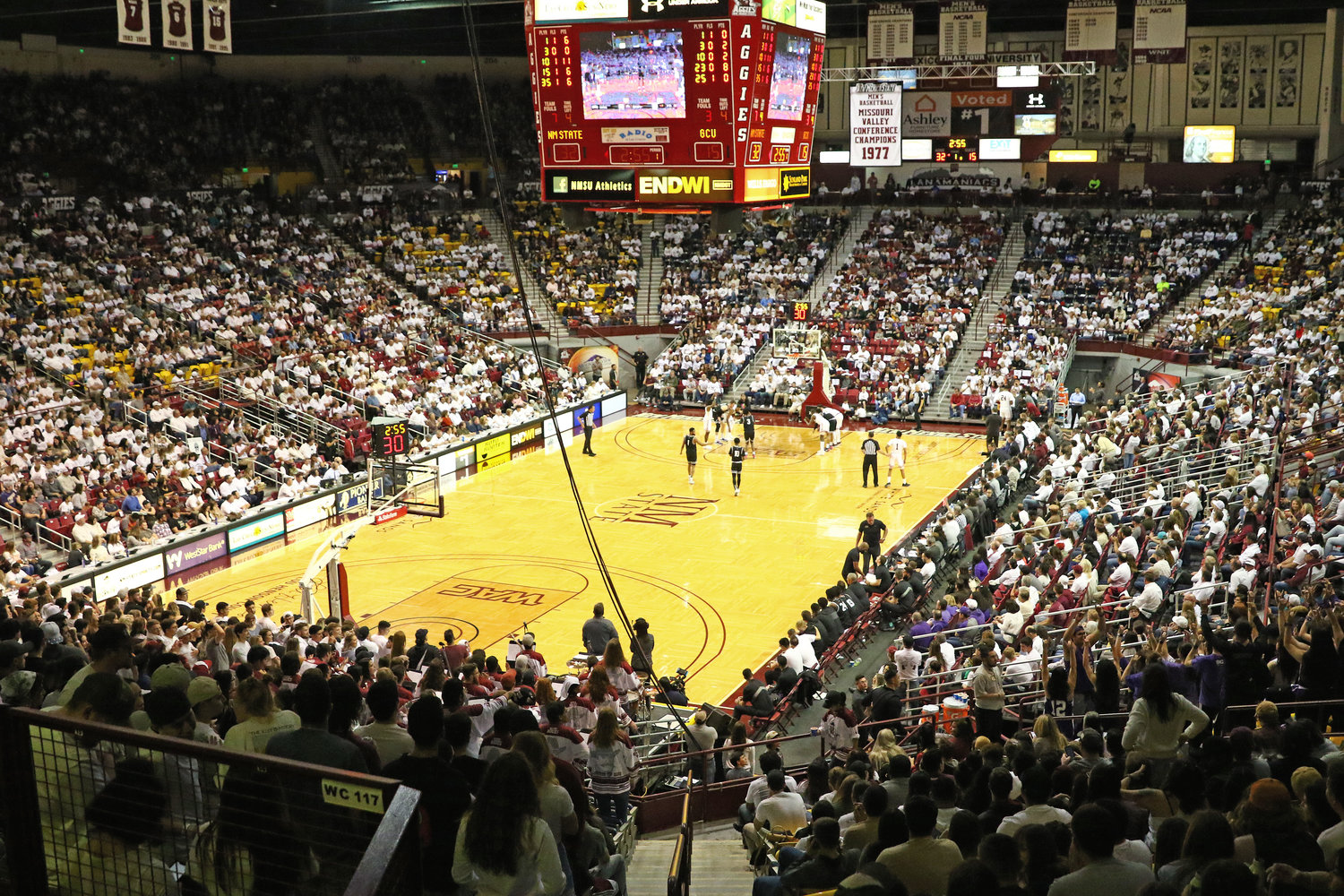 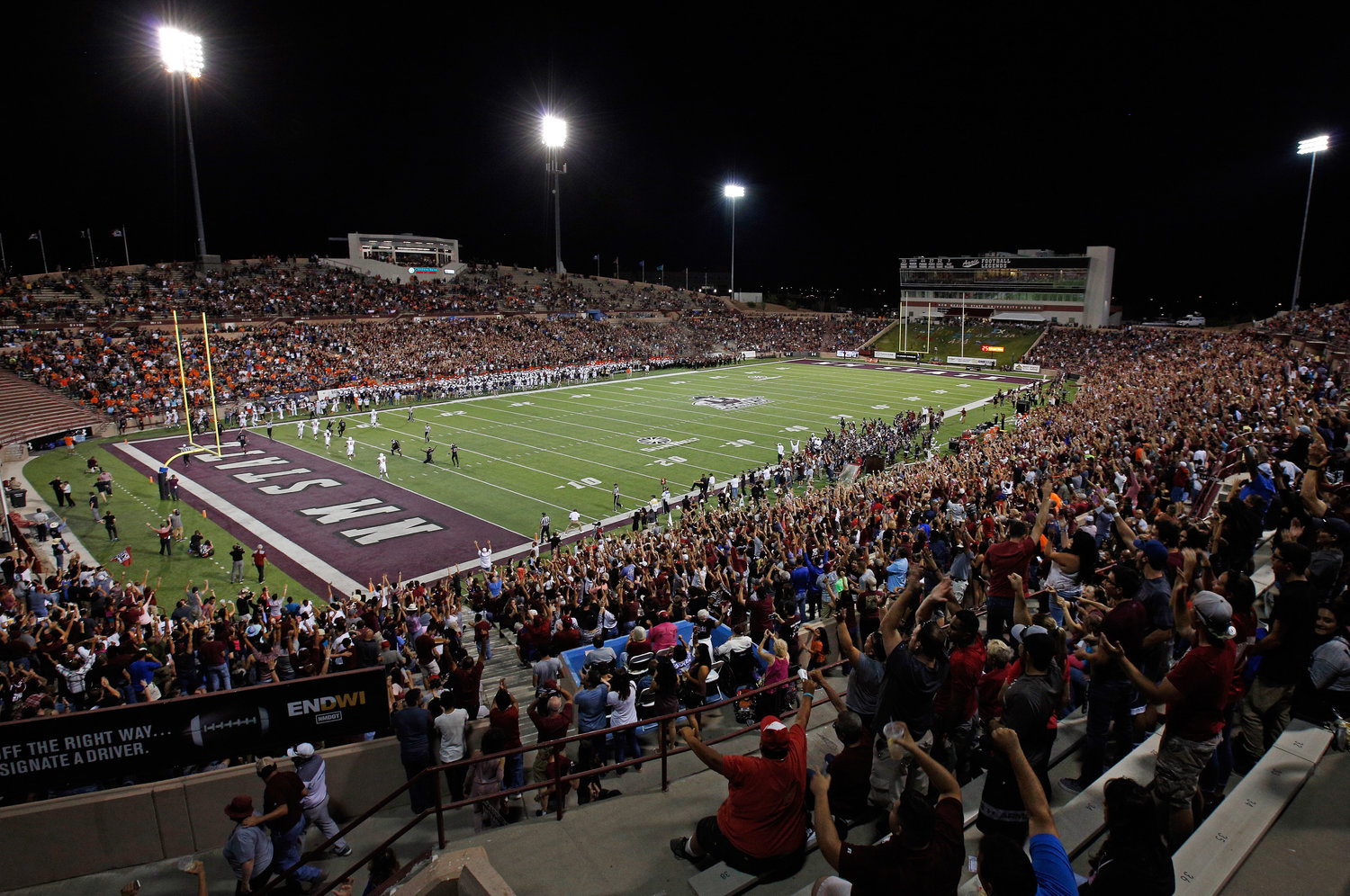 New Mexico State University will allow 100 percent attendance capacity at all its sports venues for the coming school year. That means football fans will be able to enjoy some action at Aggie Memorial Stadium.
Andres Leighton
Previous Next
Posted Thursday, July 22, 2021 10:49 am
Around the Horn

Weir served as the Aggies head coach in 2016-17, leading the team to a berth in the NCAA tournament.

He left to coach the University of New Mexico, serving as the Lobos’ head coach for four years.

Most recently, Weir, a native of Canada, served as the head coach for Canada’s under-19 national team.

The Aggies will travel to Pullman, Washington, to play the Cougars on Wednesday, Dec. 15, 2021. A tipoff time has not been determined.

It will be the fourth all-time meeting between the two schools, all happening in the last three years. The Aggies lead the all-time series 2-1.

Aggie women’s soccer to get lights

The New Mexico State University women’s soccer team will soon be getting lights at its soccer complex.

A $600,000 project will add lights to the school’s Soccer Athletics Complex, home to the women’s soccer team since 2012.

The project is expected to be completed in August.

Former state Sen. Mary Kay Papen is credited by NMSU officials with securing the money for the project.

The team’s schedule for its 2021 season will be released later this month.

The Las Cruces Running Club has reactivated its summer youth running program with an abbreviated schedule.

The program consists of 1-mile runs for youth 14 years old and younger with prizes and snacks at each race.

After the Aug. 7 run, a free breakfast will be served to runners and their families with drawings for prizes.

It’s time to get out to some games and root for the home team.

What that means is Aggie fans will be able to go out and see their favorite team at home and have a little fun this school year, Moccia said.

“We are very excited,” Moccia said. “This is a shot in the arm for Aggie fans. I think this will help spur football season ticket sales and well as other ticket sales.”

Moccia talked to the Las Cruces Bulletin while hosting an invitation-only celebration and unveiling of Cantera Negra being named the official tequila of NSMU athletics on July 8 at Elephant Ranch.

The event was well-attended by enthusiastic fans ready to get back to normal.

“As you can see, people are really anxious to be around other people, be around Aggie events and hang out with everyone,” Moccia said.

The Aggies will kick off their football season with a home game on Aug. 28 against archrival UTEP. Other home football games will be against South Carolina State (Sept 18), Hawaii (Sept. 25) Utah State (Nov. 6) and UMass (Nov. 27).

Last week, NMSU also announced season tickets for men’s basketball are now on sale. It will mark the return of men’s basketball to the Pan American Center after an absence of nearly two years.

Basketball fans who renew their season tickets or become new season ticket holders before Aug. 15 will receive a souvenir lunchbox that features the jerseys of all former Aggies who have gone on to play in the NBA. The front of the lunchbox features former Aggie great and 2019 NBA champion Pascal Siakam, who is with the Toronto Raptors.

It’s sure to become a collector’s item.

Moccia is certainly optimistic about the upcoming year and the return of home athletic events.

“If we do our part from a competitive standpoint, we could be on the cusp of an all-time record-setting year from a ticketing standpoint,” he said. “People are ready to go to games. They are ready to go out and ready to support (the Aggies). I think it will be a wonderful year.”

This past year, the Aggies did have some success stories, despite dealing with arguably the most restrictive Covid-19 guidelines in the country, which severely limited home games and practice time.

This past spring, for instance, the Aggies were able win WAC regular season championships in softball and men’s and women’s golf.

And that was without the benefit of a full practice and conditioning regimen, Moccia said.

“I think it took a toll at the end of the season and we limped to the end,” he said. “We didn’t have that extra gear when we needed it because we didn’t lay that foundation.”

Now with the benefit of regular practices and the return of home games and contests in all sports, Moccia is expecting big things.

“To be able to play at home means a lot,” he said. “It is a comfort thing. There were student-athletes scrambling to find out who was going to watch their pets when they had to go out of state to play games. There are so many factors that make it easier to play at home.

“You stay in your own bed,” he added “There is familiarity. You are in your own gym, your own pool, your own baseball field. So, I think it will be a tremendous boost to our athletes.”

The bottom line: Aggie fans want to come out to games and “have a party and celebrate,” Moccia said.

For more information about NMSU sports programs, visit nmstatesports.com. You can also call the Pan Am Ticket office at 575-646-1420.