A treasure in the Scottish Highlands 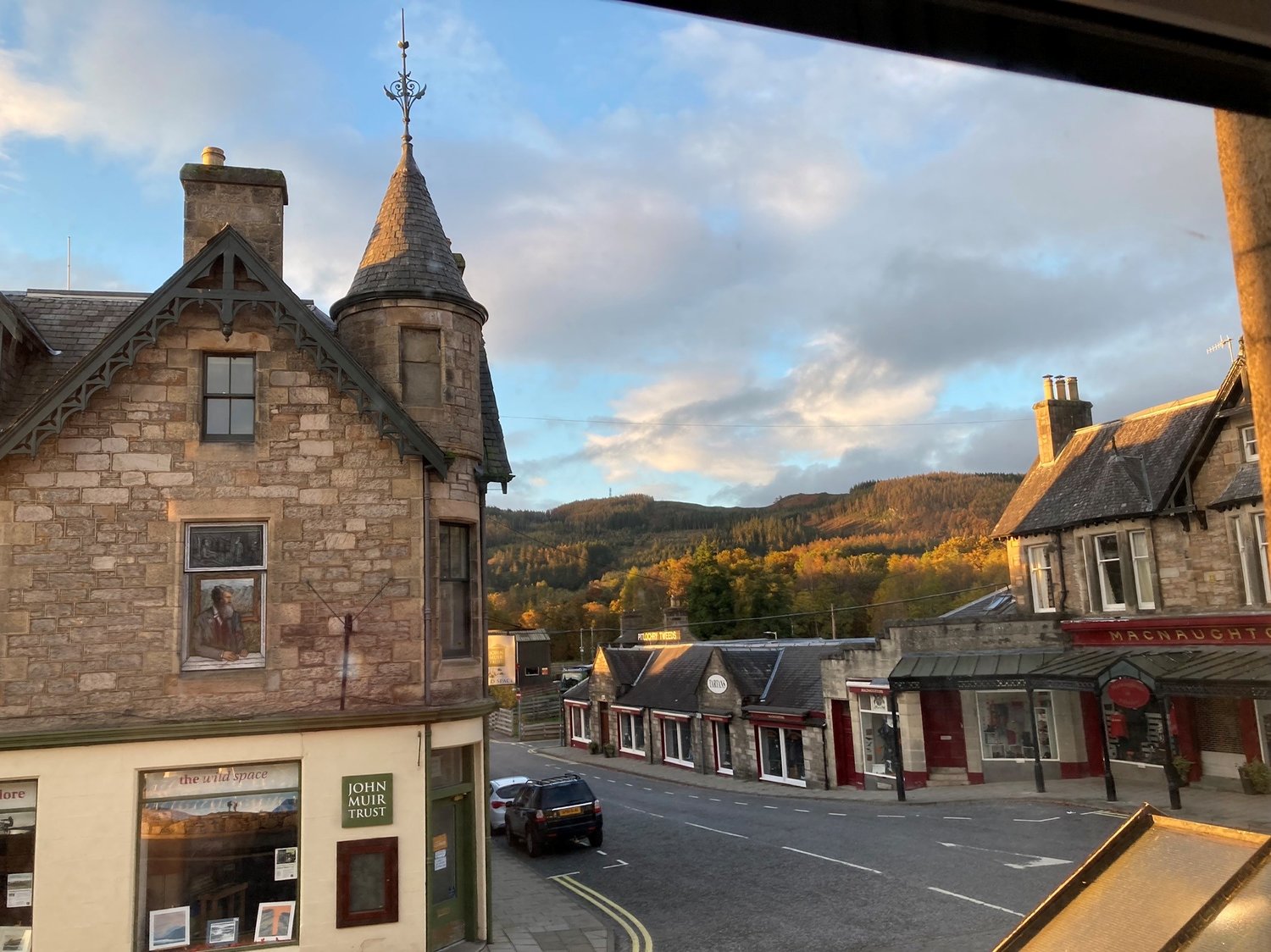 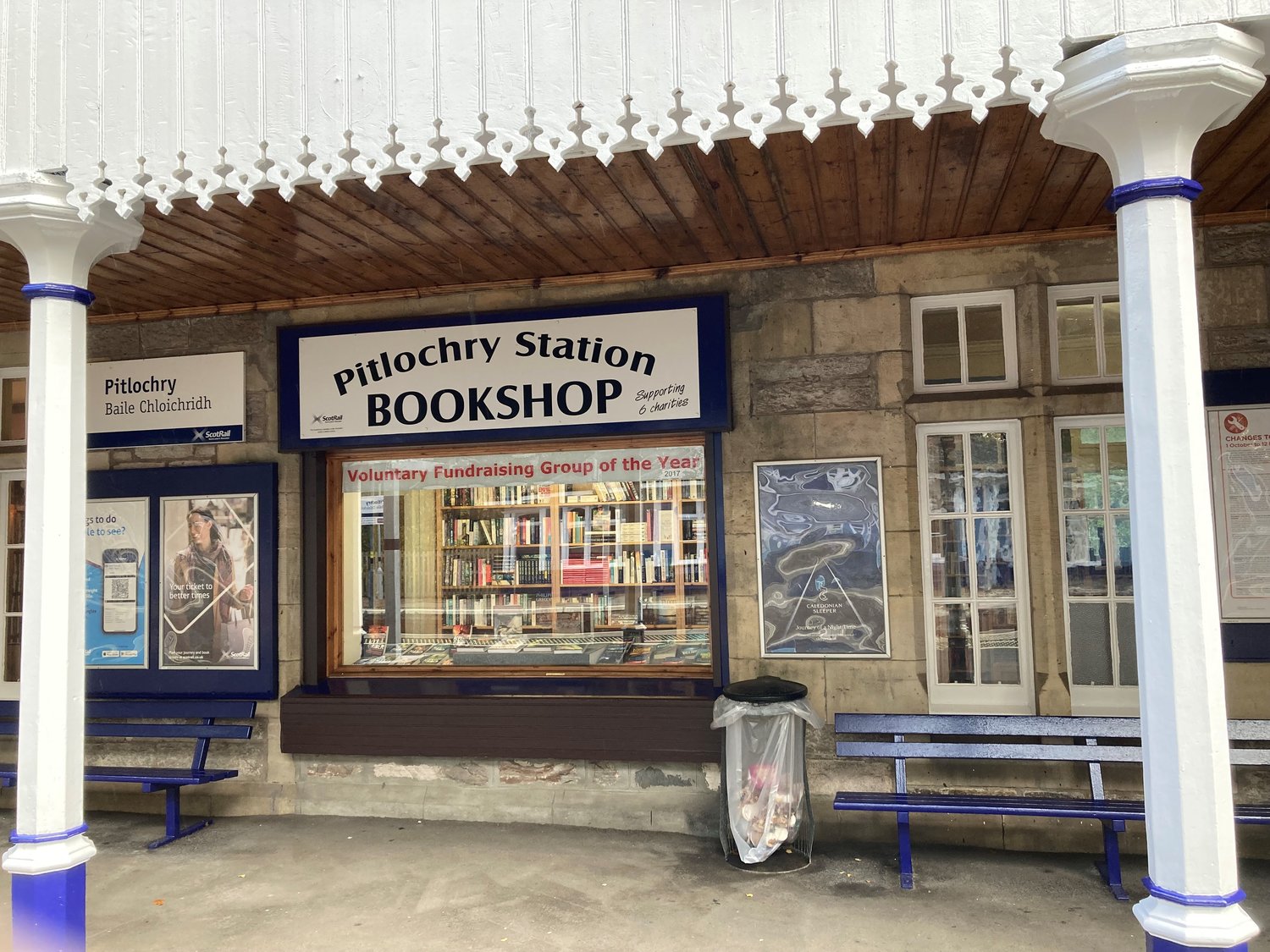 Outside of bookstore
Photo by Vivian Savitt 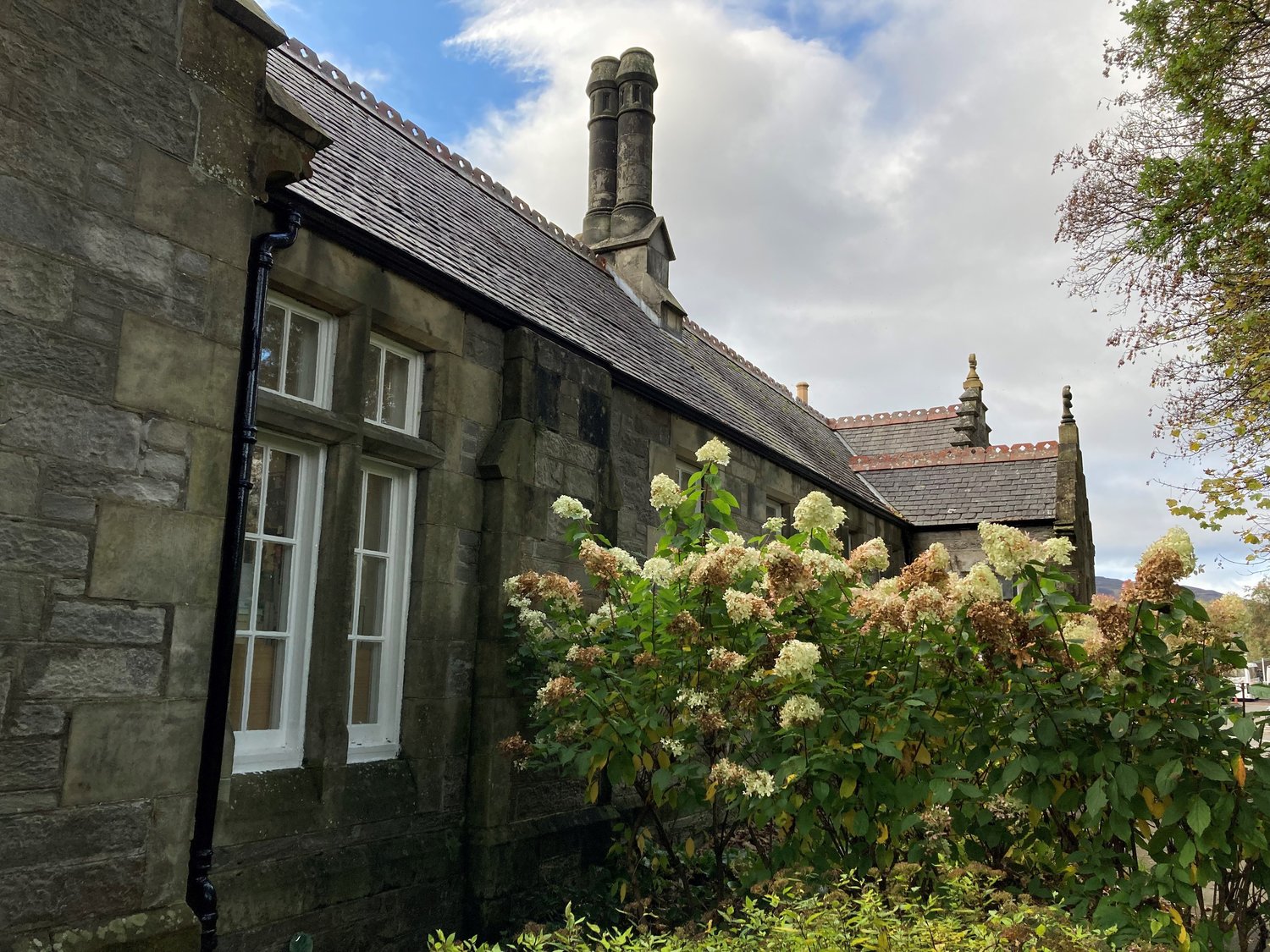 Pitlochry is set in Scotland’s geographic center along a main route through the Highlands towards the Cairngorms.

My first glimpse, as I approached Pitlochry by train, registered the town’s idyllic Perthshire scenery. Soon I learned that the area features more than 40 miles of walking paths, and the railway has been there since 1863.

Another revelation occurred as my train reached the station. There, set right on a platform adjacent to the ticket office, was the Pitlochry Station Bookshop. Well of course, I thought to myself, how sensible to be able to purchase a book while changing trains.

Trains are conducive to reading and when your eyes tire, just glance out the window at the scenery. Although this sounds like just the ticket, I had never seen a bookshop set on a railway platform. Further, I think a book purchased en route to a travel destination certainly has more panache than one ordered online.

It wasn’t until my second train trip through the Highlands that I decided to spend a few days in Pitlochry. This time I learned that besides its charming allure, the railway bookshop serves as a case study in how good ideas can override conventional thinking.

Beginning in 2006 after a call to rejuvenate the railway station’s empty buildings, a few women — including a council member and the shop’s current manager — suggested utilizing one space to house donated books. Proceeds from their sales would go to charitable organizations. Fifteen-years later — selling most of the donated books for one pound each ($1.39) — the bookshop with its volunteer-only staff has contributed about $476,000 (352,534 British Pounds Sterling) to charities.

During my visit I noted similarities between Pitlochry’s social landscape and Silver City’s. Although the Scottish town is smaller in population, it also has a hefty number of folks age 65 and older who have time to volunteer. Both places are tourism-reliant and many residents pursue outdoor recreation with gusto.

Where Silver City holds a Southwest Word Fiesta, Pitlochry has, since 2004, convened a Winter Words Festival where the bookshop maintains a stall at the 10-days-long event. Volunteer efforts from seniors as well as community support have made the Pitlochry Station Bookshop possible.

ScotRail provided the old station master’s office where the books are housed rent-free; shelving was contributed and a local hotel printed bookmarks to also serve as a customer memento. The only items paid from book sales are insurance and electricity. Although there are a few other bookshops in town, including both used ones and a chain store, the station bookshop offers a special appeal.

Residents can buy a book, read it and donate it back — essentially creating a lending library that is open six days a week.

Tourists who visit Pitlochry primarily for its setting, also patronize the bookshop — combining nature’s beauty with a bookish treat. Many learned of its existence from televised programs— the BBC’s series “Great Railway Journeys,” and “The World’s Most Scenic Railway Journeys” narrated by British actor Bill Nighy.

During the pandemic and its subsequent lockdown period, volunteers continued to accept book donations — “no more than two bags at a time” — that donors could leave on the railway platform to avoid personal contact. Just like everywhere else during this difficult interval, people reflected on life’s essentials, undertook house cleaning projects and unloaded items no longer wanted.

In Pitlochry, cookery and garden books were donated en mass to the bookshop. In years past, some valuable books have come in, including a first edition Charles Darwin and a collector’s copy of Ian Fleming’s “Goldfinger.” All in all, the whistle-stop bookshop has helped locomote Pitlochry toward surprising destinations.

Silver City writer Vivian Savitt has been part of the Desert Exposure team for many years. She has had regular pieces appearing in the paper including the Southwest Gardner and then Maneuvering Elderdom columns. Now Savitt has hit the European road and is sharing her view as a New Mexican abroad.

Citizens urged to get involved, seek greater transparency in government

No fences at the Roundhouse, but still a different look, feel