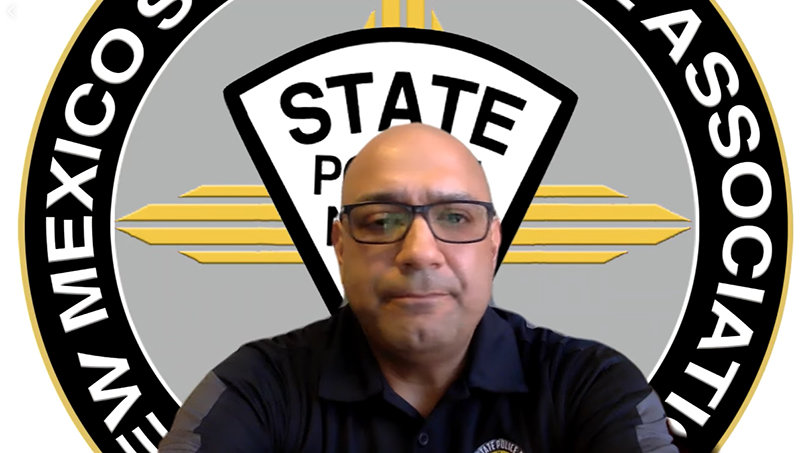 Days after the death of New Mexico State Police Officer Darian Jarrott, the president of the State Police Association released a video accusing the state Legislature of an “attack on law enforcement.”

“When you have senators and representatives personally attacking law enforcement, tying our hands so that we can’t enforce the laws, we can't protect ourselves, we can't protect the citizens, something has to be said,” Sgt. Jose Carrasco said. “You’re giving the criminals more rights than the officers.”

Carrasco targeted Senate Bill 227, which he said would remove the tools law enforcement officers need to protect themselves and would result in more police shootings. And, he objected to House Bill 4, which would remove qualified immunity from civil lawsuits.

Legislation to allow the state to provide matching funds for federal infrastructure projects has passed its first committee in the House.

House Joint Resolution 9 would add a new exemption to the state’s anti-donation clause, which prohibits state money for being used for private purposes. Sponsors say the intent of the amendment would be to remove legal barriers from expanding broadband Internet and other critical infrastructure in rural areas of the state.

HJR 9 passed the House Transportation, Public Works and Capital Improvements on a 6-3 vote and goes next to Judiciary. If passed by both the House and Senate, the issue would then go to the voters in the 2022 election.

House Bill 10, the Connect New Mexico Act, would establish the Office of Broadband within the Department of Information Technology; create a comprehensive plan that maps out what is now in place and where the gaps are; and ensure local communities get the support they need.

“The COVID-19 pandemic has called attention to the fact that fast and affordable access is no longer nice to have, but critical for the success of our state and its residents,” said cosponsor Rep. Candie Sweetser, D-Deming. The bill now goes to the Appropriations and Finance Committee.