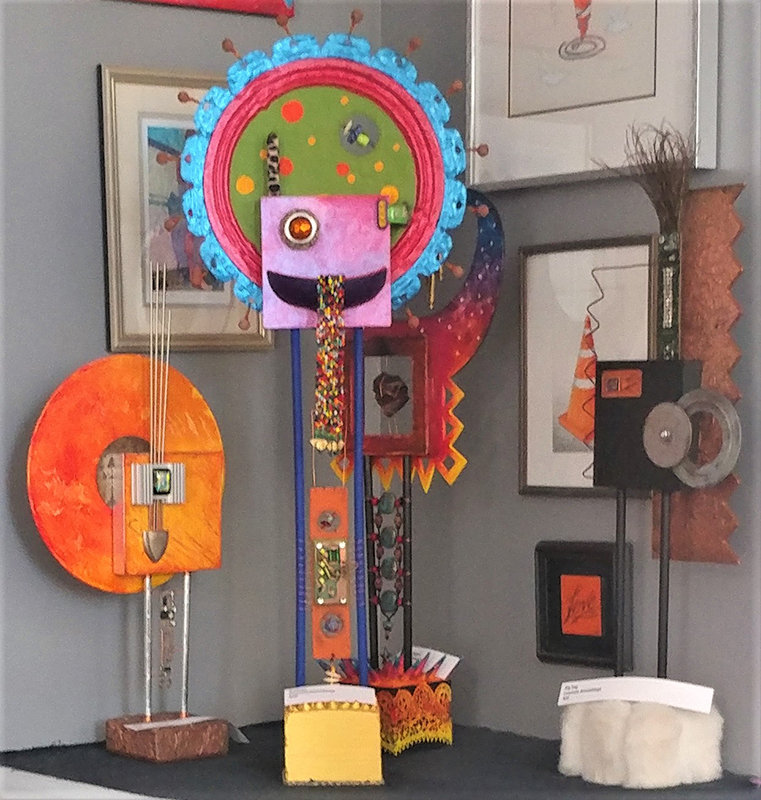 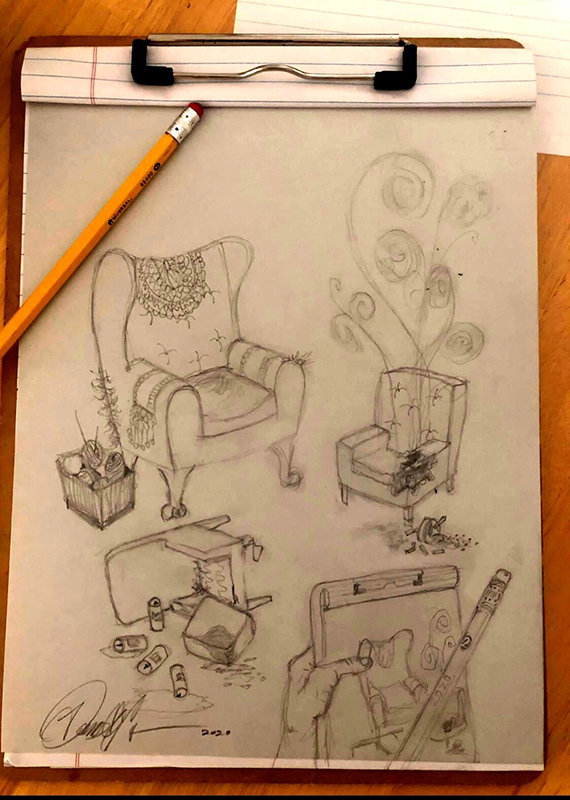 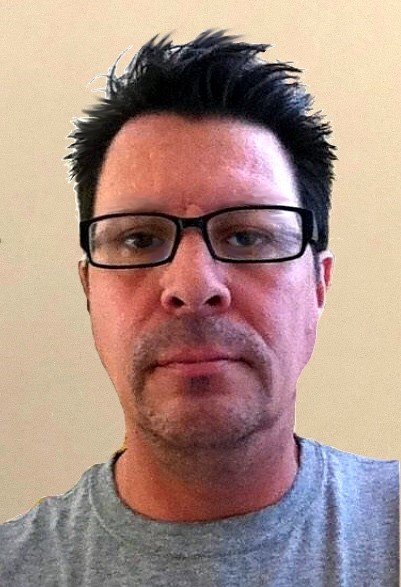 Artist Dennis Lujan has a new exhibition at Tombaugh Gallery, he’s continuing to develop the Art Magnet Facebook group he started during the pandemic and he’s preparing for the sixth annual Erotica art show in his Las Cruces home.

“The idea of the Floaters show was quite literally right in front of me,” Lujan said. “My floaters (weblike lines and specks in the field of vision) are with me all the time. Outdoors and in bright rooms they are black; in dark surroundings they are white. The floaters are progressive and as they change so does what I see … which is probably different from what you see. Shapes are interpreted by the individual.”

“Floaters” are done by Lujan in a variety of media, including watercolors, acrylic, colored pencil and Sharpies.

The show at Tombaugh will also include about 30 recent drawings by Lujan, many of which he completed in weekly online artist projects for the Art Magnet Facebook group Lujan created in March 2020, as he took over as administrator of an abandoned group.

The work of participating artists shows “what we were creating during our isolation during the Covid-19 pandemic,” Lujan said.

Each Friday, a different word is selected as the theme for the coming week’s drawings, and participating artists could submit as many drawings as they wanted based on that word. The Facebook group is now home to more than 500 drawings, he said, and is ongoing.

“We are all connected with art,” Lujan said. “We are Art Magnets.”

Art Magnet is one of a number of Facebook groups that Lujan administers.

In addition to drawings, paintings and banners, Lujan’s exhibit will include sculptures by the artist.

With concrete bases, the sculptures include a wide range of found objects like pieces of wood, television and computer components, seashells, gaskets and even a plastic lid that lay for some time in a roadway.

From these “off-the-wall, junk discards,” Lujan has made one-of-a-kind art in spectacular colors.

Next February, Lujan is planning to include 30 to 35 artists in his “Erotica” art show, which is returning in 2022 after taking 2021 off because of the pandemic.

The show has become popular with art lovers and with local artists who “just had these pieces they couldn’t show anywhere,” Lujan said. About 125 pieces will find space in Lujan’s “showhouse,” with a black and white room and an “over-the-edge” green room (not to be missed!) that even includes caution tape because of the controversial nature of its pieces, he said.

“Really? I didn’t know you did this kind of stuff,” Lujan said is often his response to submissions for the show.

“’I had nowhere to show it,’” is often the response he hears, Lujan said.

Art began for Lujan when he was learning how to write; he put curlicues on all his letters. “We don’t write like that here,” Lujan was told by his first-grade teacher in Mesa, Arizona, where he grew up. But that only inspired Lujan, who said he has “always been outside of the box since then.”

“If you give me something,” he said in a 2017 Bulletin interview, “I’ll turn it into something else.”

Lujan is one-half Taos Tewa Indian. He attended Pikes Peak Community College in Colorado Springs, Colorado, on a Bureau of Indian Affairs scholarship and earned a four-year degree in commercial art. In his spare time, Lujan was a theater set and costume designer. He owned Smart Move Graphics art gallery in Colorado Springs.

He was at one time a dishwasher at a very successful Mexican restaurant in Huntsville, Alabama, and owned The Gallery in Five Points in Huntsville.

Lujan also was the owner of In Effect in Downtown Las Cruces.

Tombaugh Gallery is open 10 a.m. to 2 p.m. Wednesday through Friday.