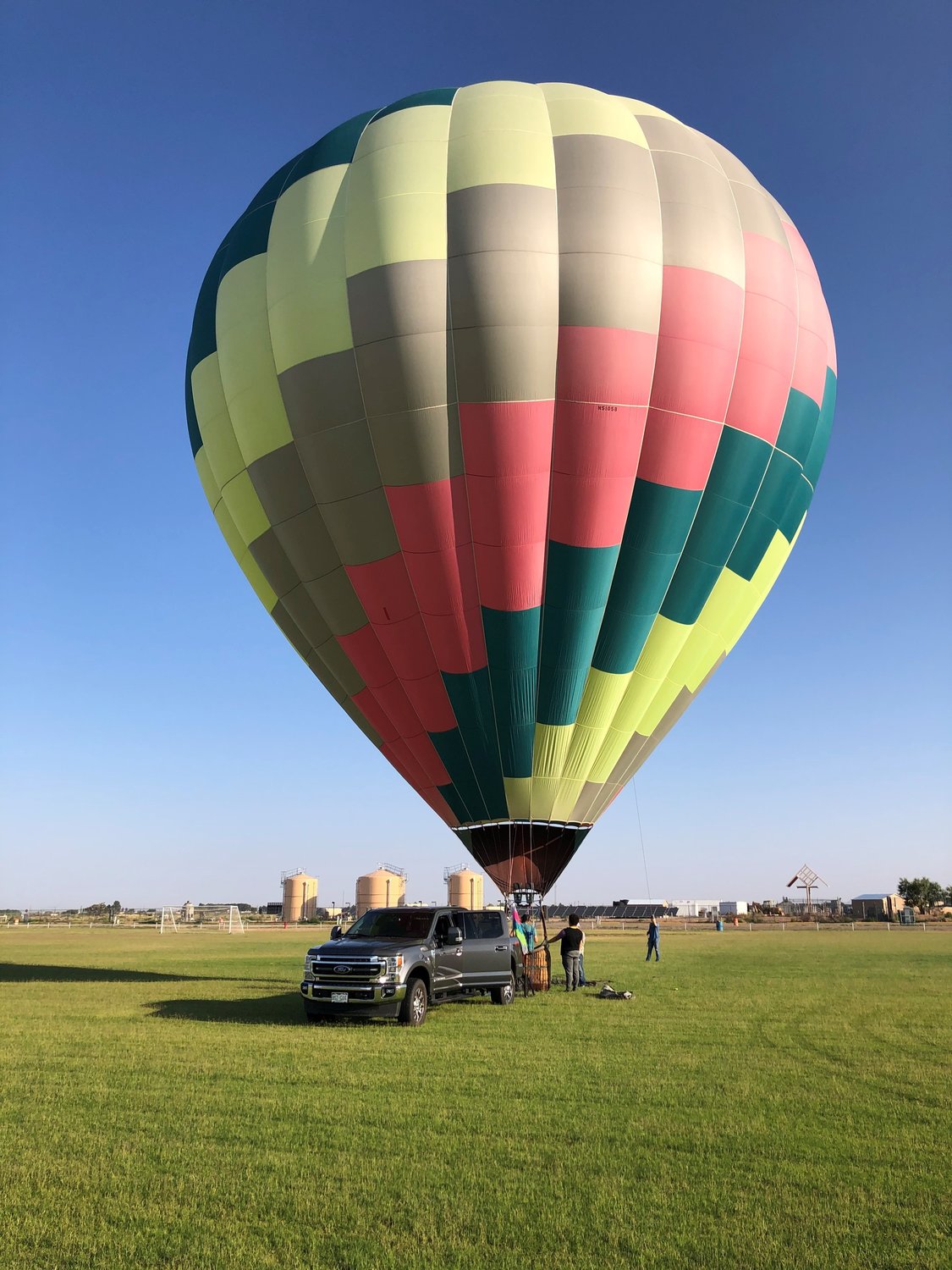 The “Flicker” hot air balloon, piloted by David Chelgren Jr., will participate in the 9.11 commemorative balloon glow on the grounds of the New Mexico Museum of Space History Saturday evening, September 11, beginning at approximately 7:45 pm. The event is not open to the public but will be visible throughout the community
Photo courtesy David Chelgren Sr.
Posted Saturday, September 11, 2021 2:08 pm

A small group of balloonists who are in the area for the now-cancelled White Sands Balloon Invitational will present a balloon glow on the grounds of the New Mexico Museum of Space History on Saturday evening September 11 in honor of the 20th anniversary of the Sept. 11, 2001 terrorist attacks. The impromptu event is not open to the public, but will be visible across the city and basin.

There will be three participating balloons. They are “Flicker” piloted by David Chelgren Jr., “Midnight Cowboy” piloted by Walter Hawkins, and “Squirrel” piloted by Jim Hoydahl. The glow will be held in the lower parking lot of the museum beginning at approximately 7:45 pm, weather permitting.

“We are honored to host this tribute to those who lost their lives on September 11, 2001, especially on the 20th anniversary of the attacks,” said Museum Public Relations Director Cathy Harper. In previous years, the museum has hosted the 9.11 Stair Climb and an evening commemorative ceremony, both of which have been cancelled for 2021.

Although the museum grounds will be closed to the public, the three balloons will be very visible when the glow begins at approximately 7:45 pm. It is expected to last for about an hour.

The New Mexico Museum of Space History, a Smithsonian Affiliate, is a division of the NM Department of Cultural Affairs. For more information, call 575-437-2840 or toll free 1-877-333-6589 or visit the website at www.nmspacemuseum.org. Like us at: www.facebook.com/NMSpaceMuseum/