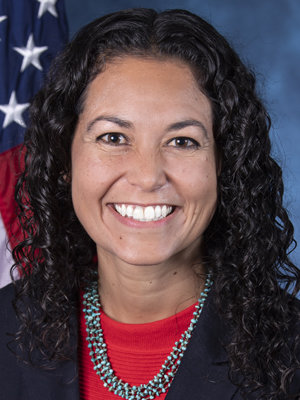 The confirmation came in October and was announced in a news release by U.S. Sens. Debbie Stabenow, D-Michigan, chairwoman of the U.S. Senate Committee on Agriculture, Nutrition and Forestry, and John Boozman, R-Arkansas, the committee’s ranking member.

“As undersecretary for Rural Development, Xochitl Torres Small will build on her legacy as a champion for small towns and rural communities – much like the one she grew up in in New Mexico,” Stabenow said. “She will give a voice to 60 million rural Americans at the highest levels at USDA. I look forward to working with her to address critical rural needs including high speed internet, infrastructure, and good paying jobs.”

“While our committee handles a diverse range of issues, everything we do boils down to improving the livelihoods and future for those who call rural America home,” Boozman said. “There are many pressing challenges facing our rural communities that Congress and USDA must work together to address. I congratulate incoming Undersecretary Torres Small and stand ready to work with her to expand access to affordable high-speed broadband, ensure continued access to reliable energy production, improve water infrastructure and create new economic opportunities in rural America.”