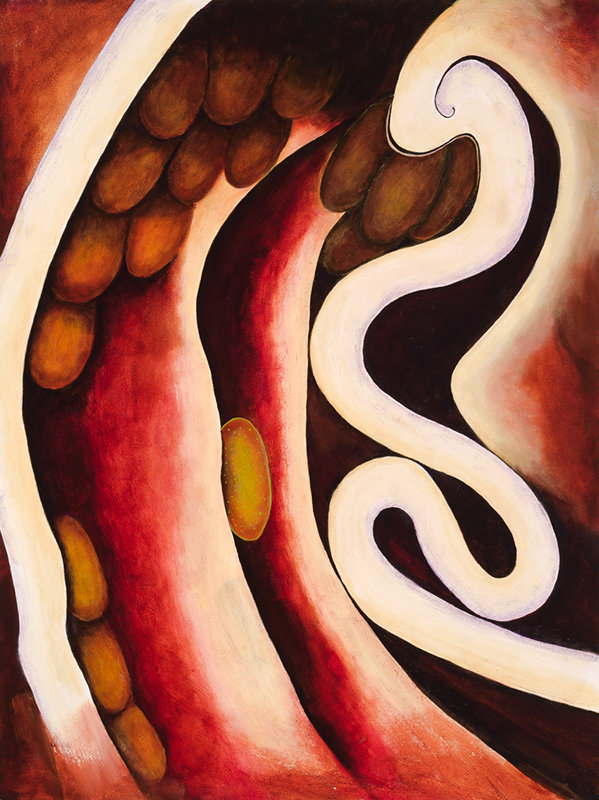 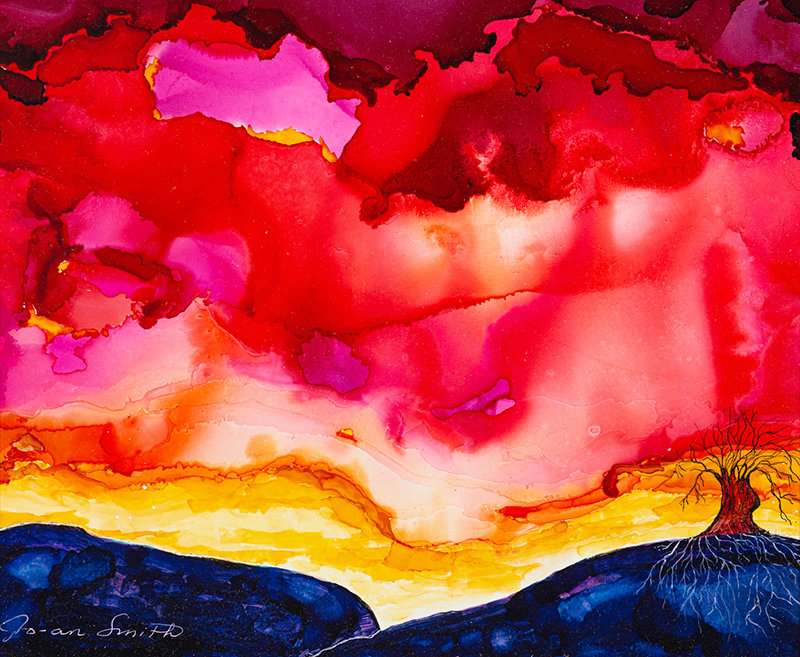 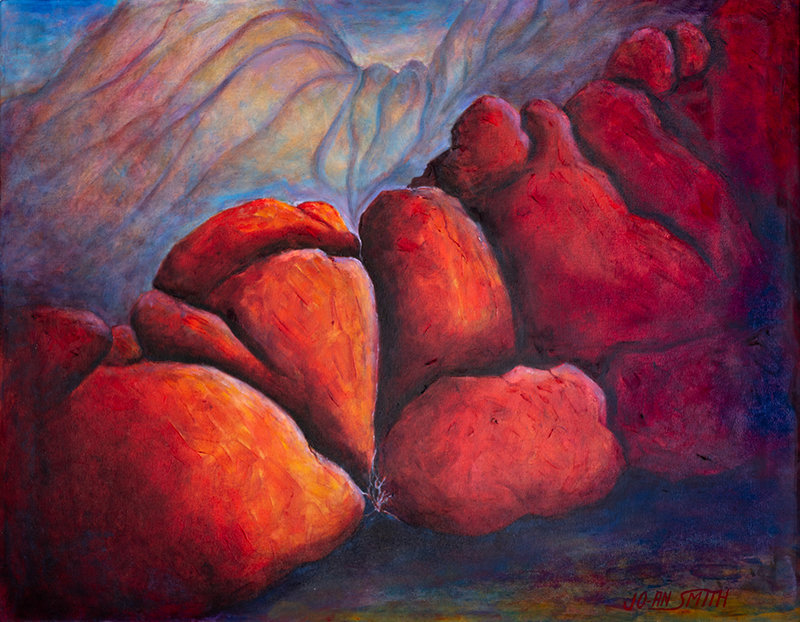 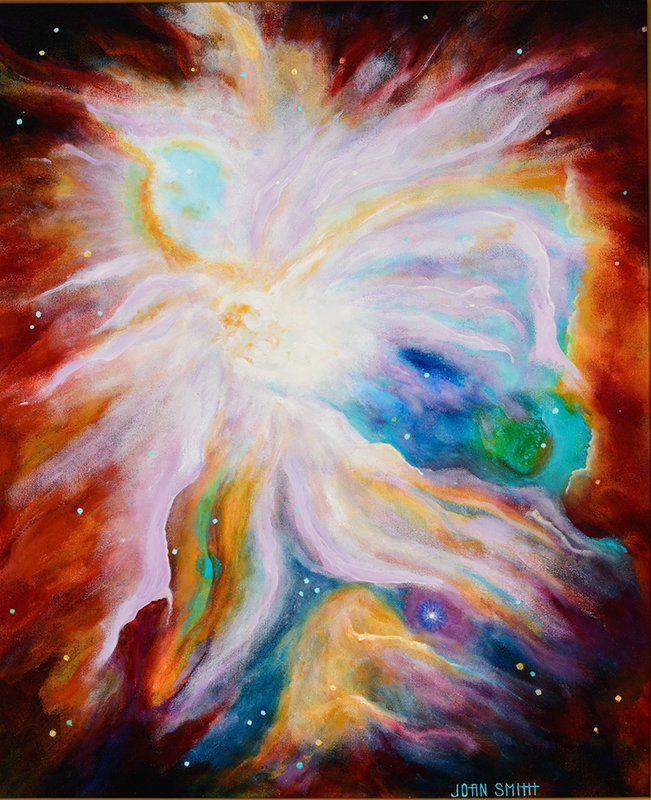 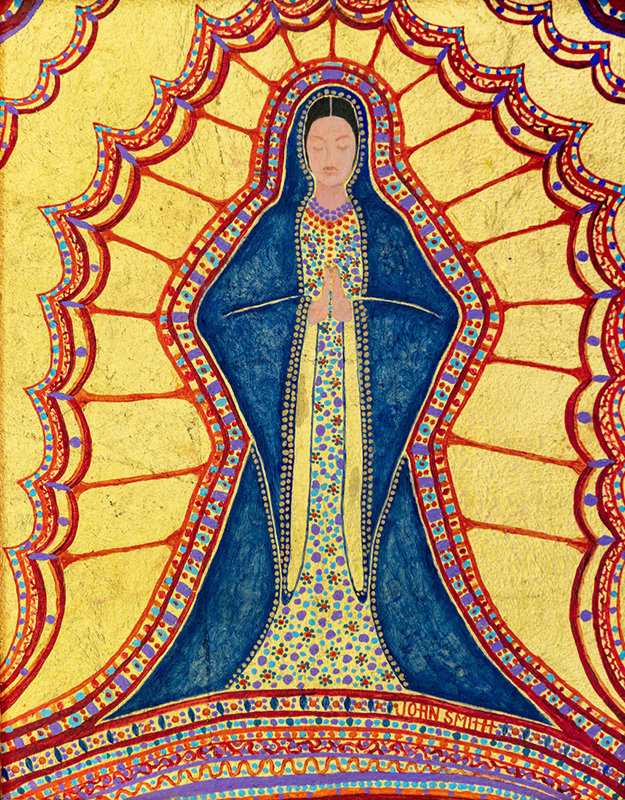 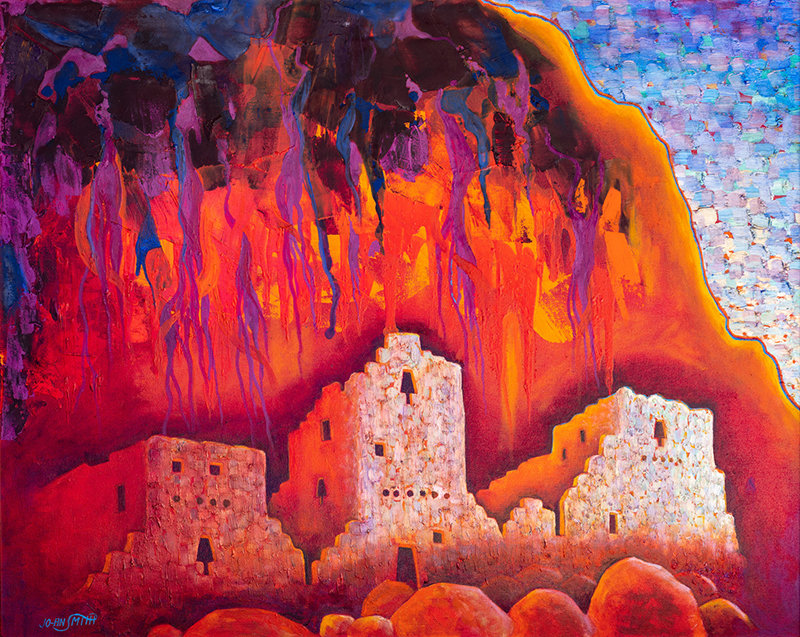 The Doña Ana Arts Council is excited to present a comprehensive exhibition of Jo-an Smith's artwork titled “Celebrating 89 Years and More!” that will run Oct. 1-28 at the DAAC Arts and Cultural Center, 205 W. Amador Ave.

DAAC will extend its hours until 8 p.m. on Friday, Oct 1. to participate in the First Friday Arts Ramble, and will also hold an artist reception for Smith from noon to 5 p.m. Saturday, Oct. 9.

The show will include mainly paintings (watercolors, oil, and alcohol inks) with some additional enamel jewelry and drawings.

“I envision this as a first-time comprehensive gathering of my art from my personal collection, as well as work now in progress,” Smith said.

Smith, a well-known artist in Las Cruces, grew up in the Pacific Northwest but frequently moved until landing in Las Cruces in 1972. Some of the more exotic places she lived include Alaska, Argentina, El Salvador and Panama. All of these locations, including New Mexico, have influenced her work.

“Once I settled in New Mexico, this enchanted land has inspired me in many ways," Smith said. "My earliest paintings were primarily landscapes, including many of our ancient cliff dwellings. I have also explored the inner landscapes of chile peppers and created a series of Virgin of Guadalupe designs on gold leaf.”

Smith received her bachelor’s degree in art from the University of Texas at El Paso in 1971 and went on to earn a master’s degree in art from New Mexico State University in 1975. Working her way to becoming a jewelry designer, she completed The American Gemological Institute Jewelry design course in 1978. She has studied with Alexander Titovets, Cheng Khee Chee and Stephen Quiller.

Highlights from her career include the Biennale Internationale “l'Art de l’email” in Limoges, France, Shippo International Enamels in Tokyo, Japan and the Salmagundi Club Juried National Exhibition in New York City. She was a designer and resident artist at The Cutter Gallery in Las Cruces for 43 years until the gallery closed its doors in 2019. Smith has held many solo shows and her work has been exhibited and collected in the U.S. and abroad.

“I am intuitively drawn to the full rounded forms of our terrain which are intriguingly combined with ancient and contemporary man-made structures," Smith said. “There is such an abundance of inspiration from our multi-cultural heritage that I would need several more lifetimes to create all that I might wish.”

More recently, Smith has been fascinated by the Hubble Space Telescope images and created a series of paintings that reflect space exploration. Admirers of space art can find several famous nebulas among her Outer Space Series that have also been exhibited in the Las Cruces Space Festival. These paintings are just as bold and dramatic as her earthly work.

Throughout her career, Smith has been actively involved in her community and has received several prestigious awards. She is a signature member of the New Mexico Watercolor Society, Southern Chapter, which she helped establish, and is a member of the Border Artists and DAAC. From 1994 to 2004, Smith was the director of the Las Cruces ArtsHop. Today she has a studio/gallery located at 221 N. Main St. in Downtown Las Cruces. Her work has been selected for the following permanent collections:  The Smithsonian Institution; New Mexico Capitol Art Foundation; and New Mexico Art in Public Places. In 2008, she received the DAAC Papen Family Art Award and in 2019 the Albert Nelson Marquis Lifetime Achievement Award from Who’s Who in American Art.

DAAC is open 9 a.m. to 5 p.m. Monday through Friday and the noon to 5 p.m. the second Saturday of each month.